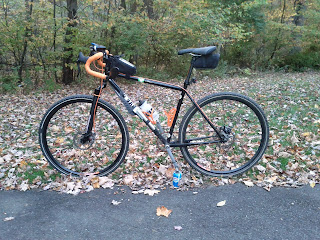 I find myself in uncharted territory at this time of the year with all the commuting that I have been doing.  37 doesn't seem like a lot but when you think about it, it's almost 20% of my yearly commute to work by driving the car.

From a mileage perspective, my favorite route is 20 miles round trip and to hit this year's goal of 1000 miles I figured I would need to ride 50 times.  However, unlike years in the past, this one I have gotten more and more into road cycling and on many occasions throughout this year I have added additional miles so at this point I am pretty close to my 1000 mile goal but not by the number of rides.  Seeing that I still have almost three months to go till the end of the year we'll how close I can get to that real goal of 50 commutes.  If I hit that number, I will be well over the 1000 mile goal, but more importantly is I will have ridden my bike to work a quarter of the year. 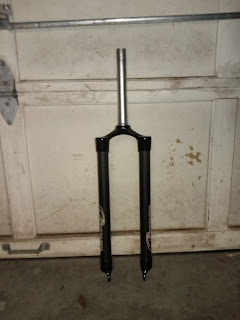 The Qball has a new fork!  It's a carbon fiber fork from Carver that came with my Kona Unit.  I traded it away for some handle bars last year, only to find out the person I traded it to sold it to a friend of mine, who didn't need it anymore, and sold it back to me.  It's great and makes the bike a few pounds lighter.  It also really makes some of the bumps a lot softer.  I also took off the Topeak Handlebar bag.  It was gnawing at me too much to keep it there and the mount really eff'ed my cockpit so I am going to put it back on the Burley. 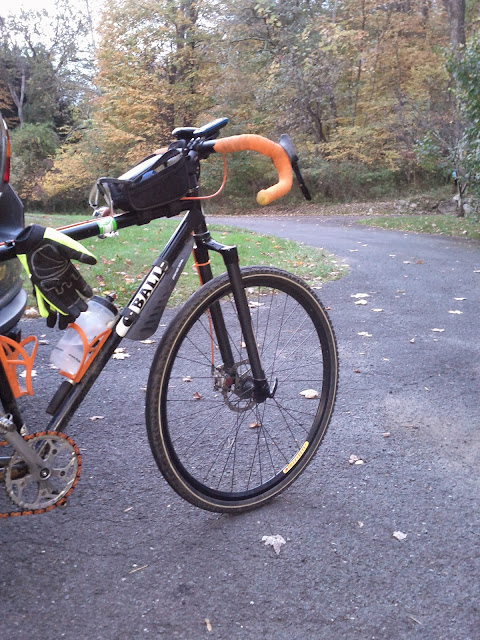 The steering tube is much longer and I think I have to lower the stem an inch.  Riding it to work felt like I was on a comfort bike.  The other thing I discovered was my front tire has a bulge in it, I suspect it's from hitting something and I think it's time to replace it.  I think I got 1500 miles all together out of it so it's served me well.  In it's stead, I am going to try something thinner and with a little more aggressive tread pattern.  Next year's goal is to ride D2R2 on the Singlespeed and I will need a more aggressive tread pattern if I want to get up any of those dirt roads.
at 12:00 PM