Not, ringing my bell 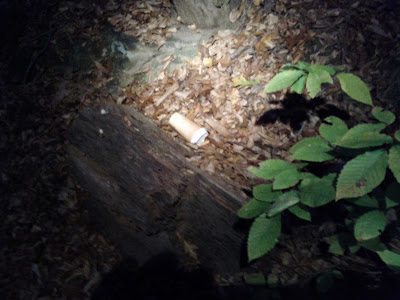 In preparation for Saturday's ride I headed over to Upper Paugussett Friday morning for a check out ride on the Kona.  The one thing I noticed off the bat was that my chain line was off and I think my seat needed to be raised just a little bit.  Otherwise the bike was feeling really good.  I found a coffee cup on the Poly Brody that I put in my bottle cage.  C'mon people, you can't pack out your own trash?  On the first climb up the back side of the Poly Brody was when I noticed the 19t which made it a little harder to climb that section. 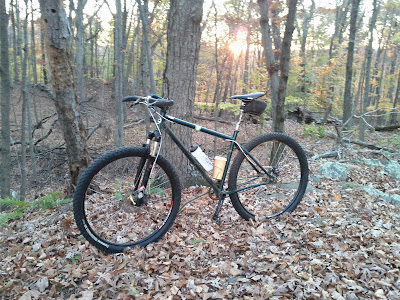 The Gussy was awesome but somewhere a long the way I lost bell and didn't have time to go back and look for it.  Hopefully, someone will find it and hang it from a tree or put on a rock that will be noticeable the next time roll through.  Didn't have time to check out the bypass to the three bears.  I want to make some changes to that so that you can hit a pretty cool spine line right next to it and unbeknownst to most across the trail from the Three Bears is some more slick rock to ride.  It looks like someone is trying to block the Reach Around but did a poor job of it. 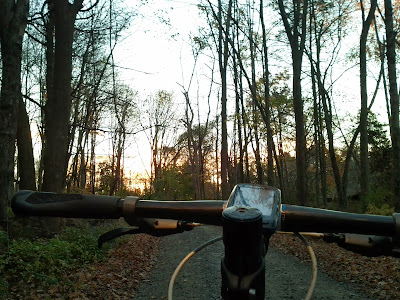 When I got home from work later in the day I noticed I had flat tire and it appears that tore the side wall on my rear tire.
at 6:00 AM