If I had to compare Robinson State Park to anything riding area in CT the obvious choice would be River Highlands State Park (aka The Blow Hole) only Robinson is 5x bigger!  The CT Chapter of New England Bike Association asked local mountain biker and trail builder Steve Rossi if he wouldn't mind leading a ride for the Chapter.  What started out as possibly being a 10 to 20 person ride blossomed into 50+ people coming from all over Southern New England. 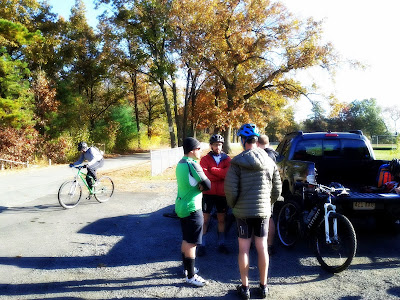 The advanced group, primarily made up of singlespeeders, took off on a 20 mile.  There was even a guy riding monster crosser set up with a 29" wheel in the front and a 650b in the rear.  He called it a 29erB.  I was thinking about bringing my monster cross but decided against because I figured I would be in a group ride that I would want to keep up with just riding the Kona Singlespeed.  I am definitely going to throw some fatties on the Qball and come back sometime! 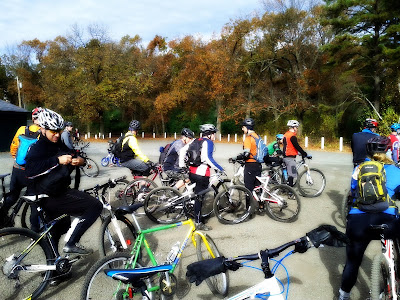 The intermediate ride must have had 30 riders with a range of different bikes.  There were a couple of singlespeeders, myself included, and a few guys riding old school rigid rigs, too.  One guy was even riding a rigid, steel huffy! 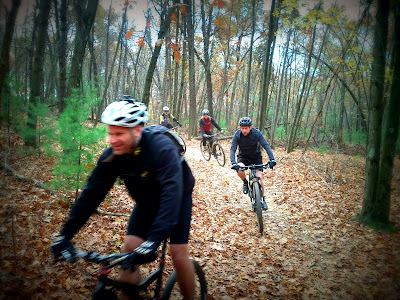 You'd think a group this size would eventually get stretched out all over the park but surprisingly, everyone stuck together, and it was a great pace. 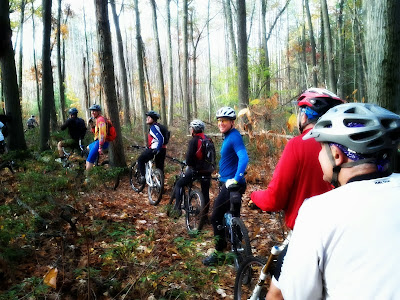 When I got there it was bright and sunny but an hour later it turned partly cloudy and the wind came up making the temperatures drop somewhat.  Once again, I had just the right amount of clothing on, consisting for riding shorts, an wicking under shirt, my blaze orange Henley and a NEMBA Jersey. 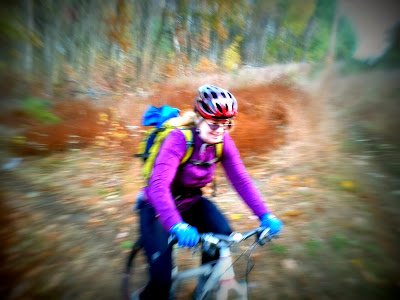 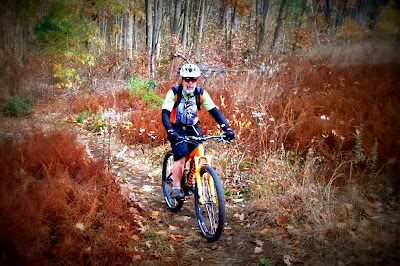 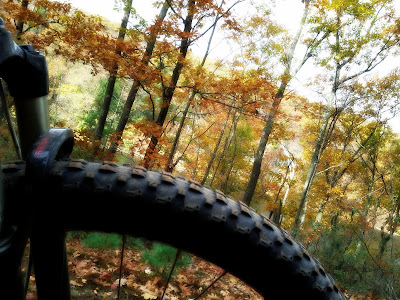 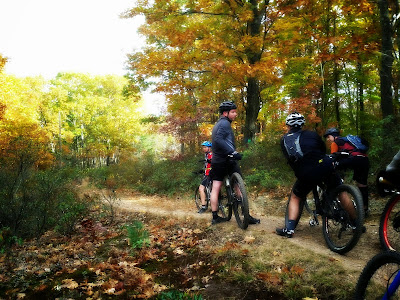 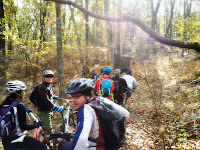 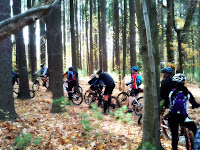 After 10 miles, a good portion of the group headed back to the cars while 8 of us went back and rerode all the twisty, flowy singletrack in the opposite direction for another 5 miles.  While I can check this off the bucket list it's definitely a location to revisit over and over again. 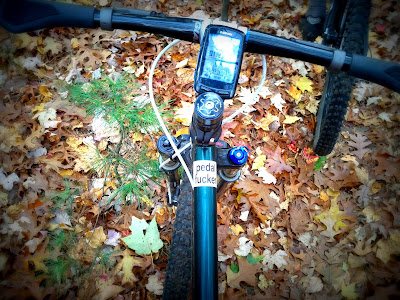 19t was the perfect gear for me and the Pedal F*cker performed beautifully!