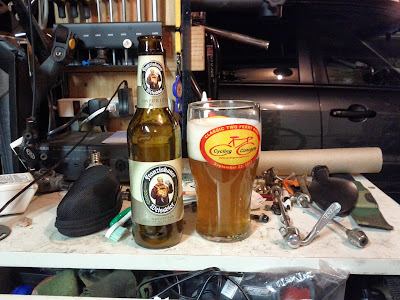 Can't work on bikes without beer and I got a great deal on a twelver of Franziskaner Weissbier at a new Packy that opened in town.  When lived in Germany, right after high school, I tried Weissbier (Wheat beer) a few times but didn't really like it.  Then again, I was 18 and didn't have the refined beer pallet that I have today.  My first, real introduction to Weissbier was when I was visiting my host brother in Augsburg back in the mid 1990s and all I drank during that visit was Weissbier, both light and dark (dunkless), which is hard to find here in the US.  Since then I have been hooked on it.  The only draw back for me when I drink wheat beer is that it gives me bad gas.  But farting is fun so it's really a win/win! 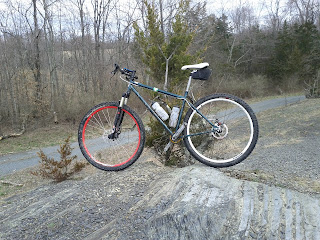 With a big ride coming up this weekend I decided to swap out the Shimano LX cranks for my Race Face DeusXC cranks because the bottom bracket on the Shimanos is shot and I don't have to replace it. 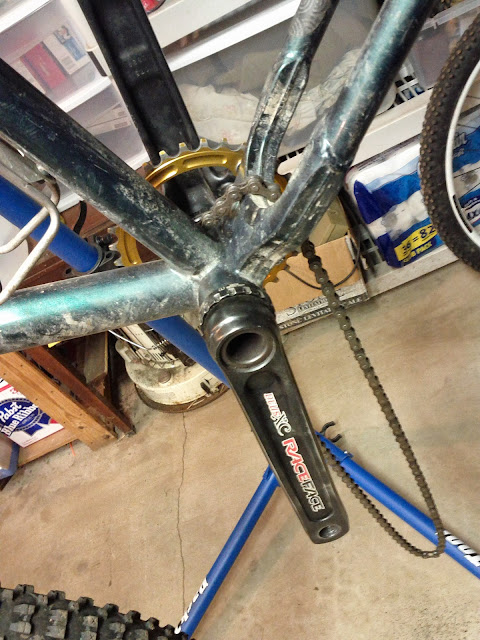 Not only did I change the cranks but the chainring, too.  I also went back to my lighter wheelset and put a Surly 19t cog in the back. 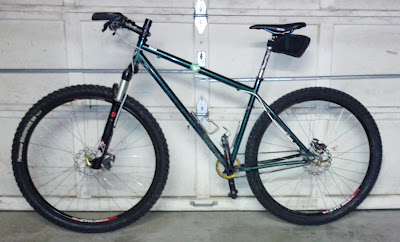 A few spins around the driveway and it was good to go!
at 6:30 AM