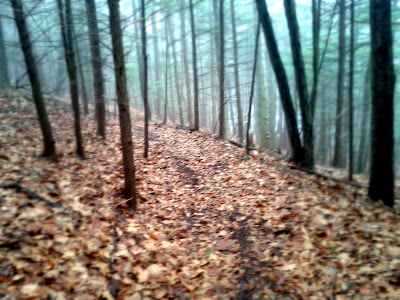 Headed back out to Upper Paugussett Sunday morning on the Raleigh XXIX and decided to head up the Mulikin Trail.  It was damp and foggy and I may have over dressed a bit because at the top of the first part of the Mulikin I was soaked.  Further up, though, looks like someone foot raked my reroute.  Finally some acknowledgement!  I put that reroute in years ago and have been riding it ever since because the section it by passes is always muddy and wet. 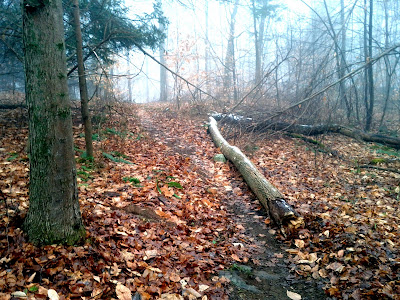 Looks like the Trail Gnomes also got to the tree that was blocking the trail thanks to Hurricane Sandy.  Just need to reposition it a bit because it's going to make a nice a skinny! 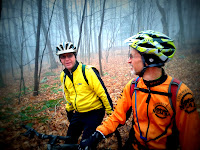 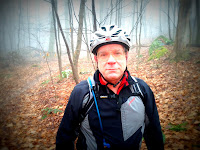 Just past the future skinny I came across a big group of riders heading down the Mulikin.  Turns out, a friend of mine, Ed P., was leading a ride for bunch of his buddies.  I gave them the G-2 on the Gussy and figured that I might run into them later on the Gussy. 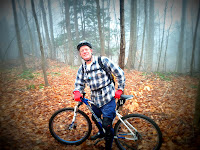 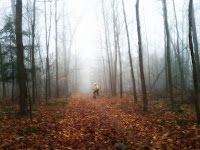 The primary focus of today's ride was to head into the woods to see if I could find an old trail that I used to ride before I started working on the Gussy.  It lies between forest road and the Gussy and is a mixed back of old woods roads, skidder paths, and probably a hunter trail. 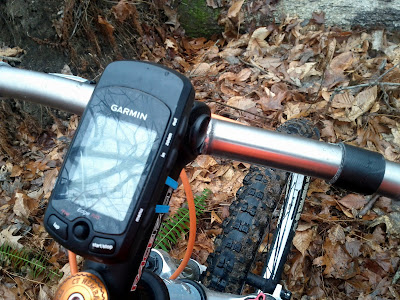 Shortly into the forest is when disaster struck.  I popped over a log when my titanium handle bar broke at the stem!  The funny thing is when it snapped it made this very loud tinkling sound that I have heard time and time again.  Putting two and two together, I think the bars were cracked and today it finally gave. 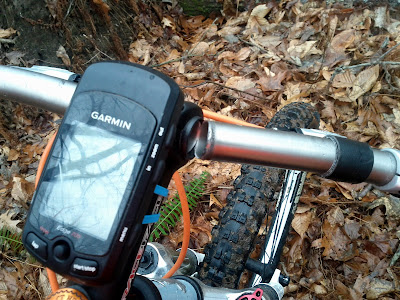 There was no point bailing and since I wanted to head this way I decided to push the bike to explore these woods and try to find my old trails.  There are some really fantastic rock out croppings that would make some nice rollers, up-and-overs, and spines, not to mention some incredibly flat terrain.  Halfway in from the Brody I followed a combination of old skidder paths and game trails.  I think I might have even found an old cart road back there but it was very faint. 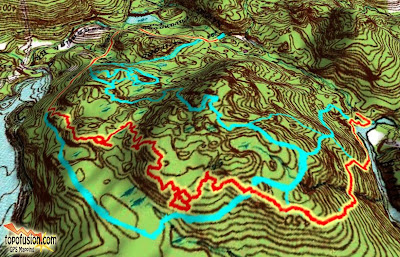 Halfway through is a big descent and I found one route that was probably an old skidder path but then it connected with one of the old logging roads that I used to ride many years ago.  It's all still there, just a little more over grown.  Can't wait for some snow to go back in there with the snow shoes. 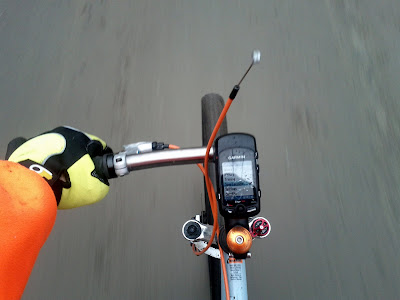 Once I was back on the Poly Brody, I was able to ride by holding onto the stem with my right hand to climb and on the smoother stuff I could ride one handed all they way home.  At least I didn't have a Walk of Shame!
at 9:32 PM

I can't believe you were able to continue riding with half a handlebar!! Although, I did recently ride with a one armed rider out in Pisgah, his bike had a steer dampener equipped.

Well, I walked about a mile and a half looking for some old trails but when I got back to the forest road I was able to ride. Not that hard, either, but don't think I could do that on singletrack.