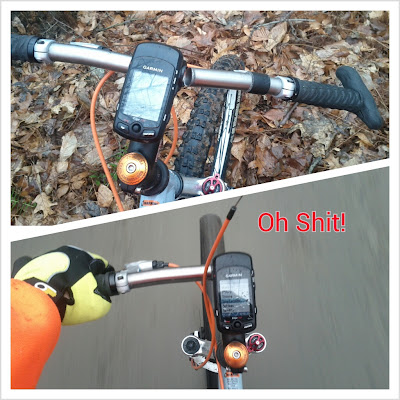 Thought I would share the mini collage that I made right after riding home with only half a handlebar.  I never new the manufacturer on the handlebar but I imagine it came from somewhere with little or no reputation for quality.  It was fun on the way home thinking about the possibilities of riding with only one arm and how it could be done. 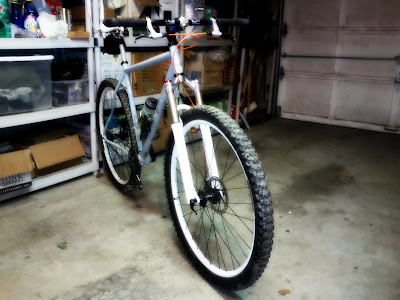 I was seriously contemplating converting the Raleigh into a Singlespeed Monstercrosser the other night, especially since I just picked up an Origin 8, Gary II bars, as well as having Gary I bars still, and my Misfit Psycles FMe bars to choose from but I am going to hold off on that conversion till after I get the Kona rebuilt and decide whether I am going to sell that bike or race it again at the 5th Annual running of Singlespeed A-Palooza (SSAP). 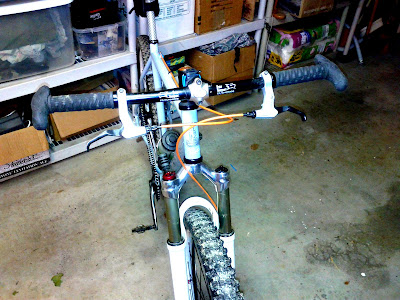 With my 2013 racing goal set, I still need a bike to work out on and even though it's kind of heavy I really like riding this bike.  I rummaged through my parts box when I found that I had not one but two T2 Carbide handlebars that were on the Burley Rock'n'Roll Tandem.  While not as light as the titanium bars that I had on there they certainly look sturdy enough so I thought I would give them a try. 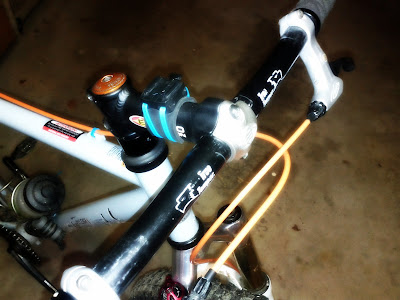 I also decided to try a different stem, an Easton 100mm with a negative 6 degree rise.  While I have felt that I could use a shorter stem I am going to try it this way to see if it makes any difference.  If not, I will hit eBay for some different stems to try to see what works best.