Because 2 single speeds are better than 1 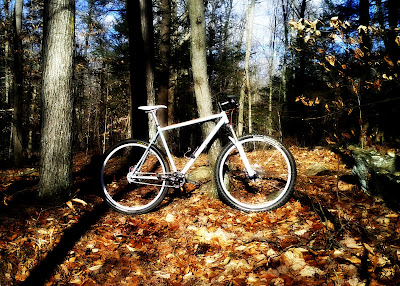 I have been having a lot of fun on the Kona but it was time to share the loving with the Raleigh, too.  Also, after the titanium bar breakage, I don't think I have ridden the bike in the woods since so it was time to give that a try as well.  Wednesday there was a brake in the weather so I was able to get out and ride.  The only downside was the rear tire being the Maxxis Crossmark which gave me absolutely no traction in anything soft or wet.  I am still thinking about turning the XXIX into a singlespeed monstercross before building it back into a 1x 9 and perhaps selling it.  It will be something to play with for the time being.  I want to put the Manitou on the Kona and change the bars up a bit to see what that does for the Kona, and take a taste of the White Brothers on Spot.  I think that is going to be awesome. 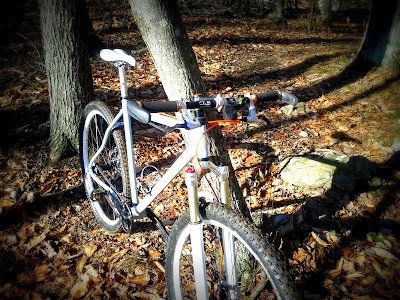 I initially headed out to the Mulikin but wanted to take a look at a few possible reroutes on some old trails that I used to ride back in the day.  I have an idea to try and get the Mulikin Trail legitimized with the State since it's a pretty active trail and it's been there even before the blue trail. The biggest challenge is steering the trail away from the blue blazed trail and changing the fall line climb further up the trail.  Next steps will be to flag the rerouted sections and then walk it with the land manager. 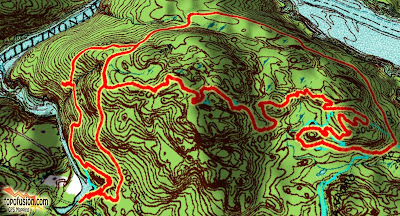