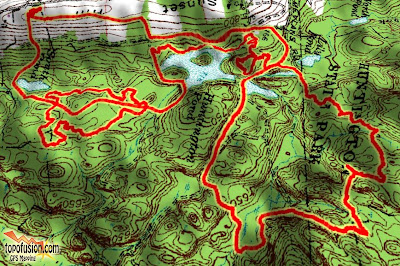 Paula Burton came up with the idea to do a Teddy Bear ride at Huntington for the survivors of the Sandy Hook Elementary School Massacre but I suggested that we do a cash donation because I had heard last week that there were already thousands of Teddy Bears headed our way.  So we decided to put on the New England Mountain Bike Association Sandy Hook Elementary School Memorial ride and if people wanted to donate, we would do so to one of the town charities. 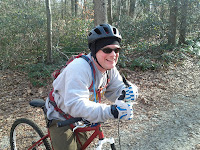 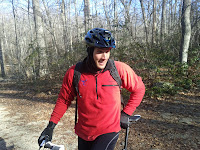 I took out the mechanical stragglers this time around.  Jason, on the left had a flat and Cory (below) could get his shock pump to work but he eventually did. 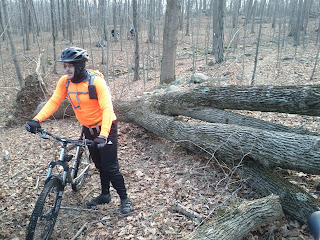 We rode the Glacial Erratic, my new trail (aka South Park) and then hit Rock and Roll, the Big Burn, then looped back to the Sunset Hill lot.  There, we had hot chocolate and Cory brought a smoked Turkey that was out of this world!  I think we had 70 to 80 people show up for the ride and it was a smashing success.  The donations were unbelievable! 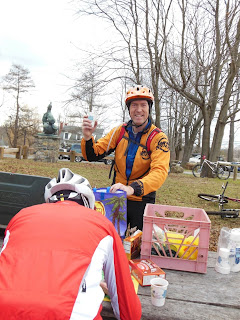 We all signed a card that will be placed at one of the Memorials in town.  I am really impressed how Mountain Bikers in our community came out to support event and make the lives of those that experienced this great tragedy a little better. 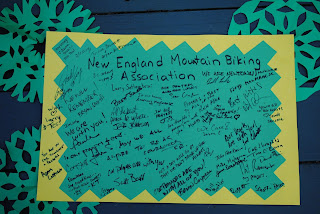 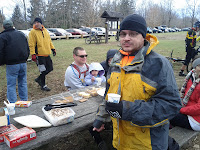 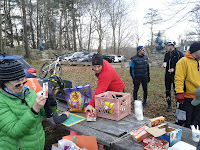 Cory (left) with his smoked turkey and Paula (above, green jacket) taking pictures 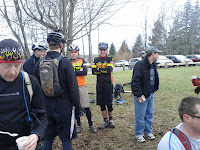 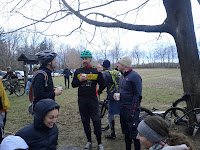 Bethel Cycle was well represented and So was Ridgefield Bicycle Co. 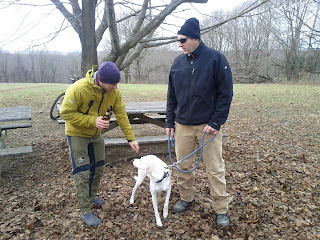 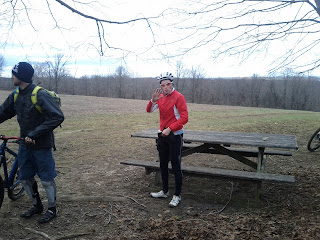 Kirsten, aka @cyclocrossgal came out and rode her single speed 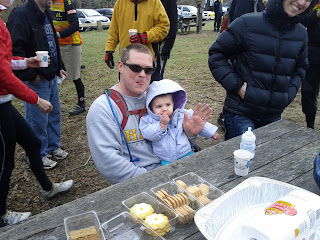 Jason daughter was the star of the show!
at 7:31 AM