It was too wet to ride after Friday's rain so I went out and set pin flags for a new project at Upper Paugussett State Forest. I am trying to get the Mulikin Trail legitimized but as I found out yesterday schlepping through the woods for 3+ hours, this is going to be a big project! The challenges come from the water crossings and trying to keep the trail off the blue blaze trail. When I spoke to the head of the State Trails committee earlier this week and mentioned that it coops a portion of the blue trail she reacted negatively to that, so you know that has to change. We'll see. 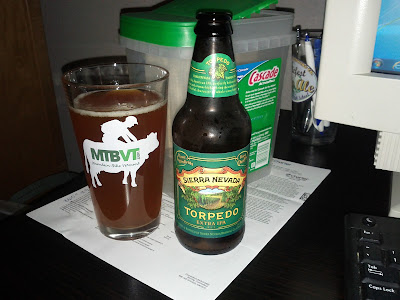 Nothing tasted better after that long schlepp than this Sierra Nevada Torpedo Extra IPA.  Nice and smooth but extra bitter!  Now that's the way an IPA should taste. 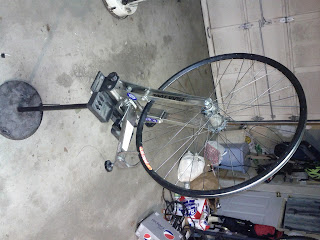 A new toy was acquired the other day.  Remember the Bicycle Goodie Shop in Stony Hill.  Well unfortunately they retired and no one bought the shop (I should have bought it) so all their inventory and tools are slowly being sold off on Craigslist and eBay.  I saw an add on Craigslist and it turns out it was the former owners so I quickly snagged it up, along with a bunch of tools for maintaining and building wheels. 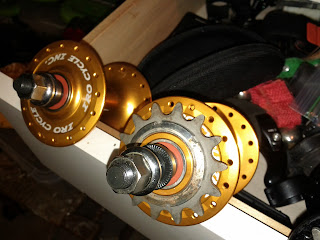 Like these IRO Track hubs I have been sitting on forever.  I am going to get some 27" hoops and build these up and hopefully find a descent frame to use them with.  In the mean time, I am going to build a front disc wheel for the tandem and get a disc for it, too.  I have a nice Surly flip flop hub that will probably build up on a 26" rim for my old Nishiki Bush Whacker to make a pump track bike although I am on the fence for that one and thinking that I should build it up as a 29er wheel. 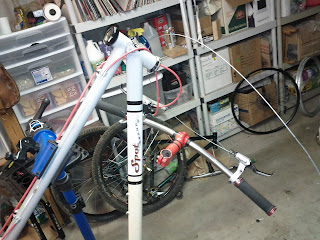 It was time to switch things up on the bikes so I mounted the White Brothers Fluid 29 on the Spot and transferred over the tubeless wheel set because the front wheel works perfectly with the fork.  It looks really pimp and I can't wait to take it for a spin. 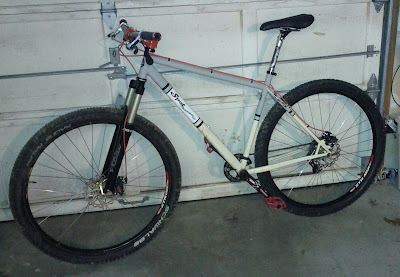 Next up is building up the Kona with the Manitou to get a taste for it and see how it rides with the Kona but I think that is temporary because I think the Manitou is destined for the chopping block along with the Raleigh.  I am going to build that up into a 2x9 and hopefully sell it to good home and then get something larger to replace the Kona and then sell the Kona as well.