Keeping in tune with my new obsession to compete with myself and others, Strava lets you do that without getting dirty (actually racing) - I will have to load my GPS tracks from when I did race and see how they compare to others on the same courses, I went back to Upper Paugussett to see how I could do on the same course only this time on the single speed.  Well, I came in second.  In the competitive sense it was a good measure of my single speed endurance over geared and gives me something to shoot for now.  Now I am going to have to do the same for Waldo. 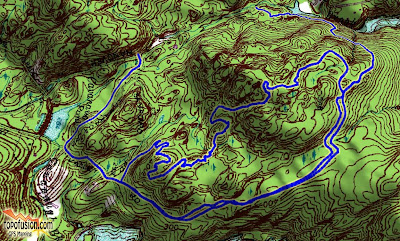 Today's ride was was also a test to see what's up with my wheelset but trying another on the same bike and lo and behold I think I need to have the blunts looked at.  Could be the hubs, the spokes or both but they are making a creaking sound that I doesn't sound good and it's time to get it looked at.  Also, during the entire ride I was debating what I should do with this bike since I have the Raleigh waiting in the wings.  All I need is a rear brake caliper, but the true question is whether I cannibalize the Kona (for some other parts, too) and make the Raleigh my primary single speed or stick to the plan and keep them separate so that I can compare the two? 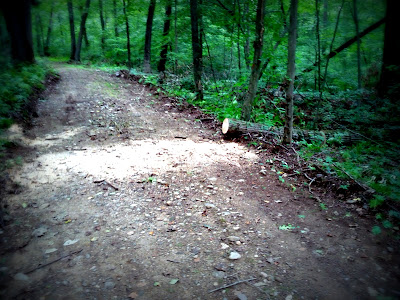 Poly Brody's Frontside is now completely open.  I forwarded my trail report to the State and it appears they came in sometime between Friday and Saturday and cut the tree.  They must have taken the wood.  Too bad, because it would have made a nice skinny.  I would really like to see this in Orange.  Looks like the 2013 Units will be grey with orange lettering and the drive side drop will be separable in order to run a belt drive.  Is that the future of Single speed, belt drives?  With the way I roll, I probably wouldn't find a 2012 Unit and end up getting another frame to try and keep the cycle moving. 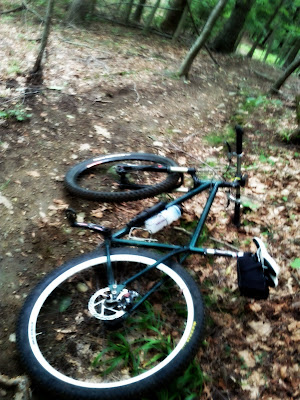 Did a little trail clearing Sunday from blow downs.  Still thinking about doing two additional reroutes on the Gussy, one would be completely new which would be a big zig zag turn in that flat area between the big sweeping turn I did with Paula last winter and I think I need to fix the cleavage reroute, too.  When riding south, the turn is just too sharp for the amount of speed you pick up and it would be nicer if you could use that speed to roll out further and widen that turn.  Keep the Cleavage Drop as an alternative feature would be good too. 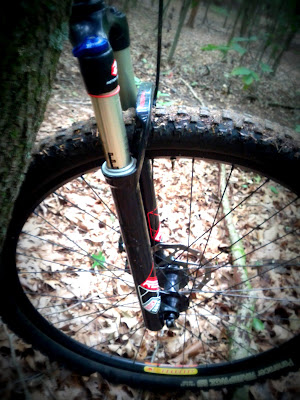