So many mountain bikers at Upper Paugussett! 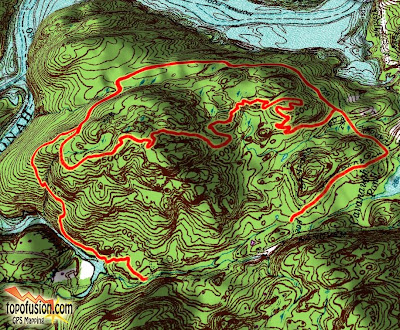 While the rest of the country is suffering from extreme drought conditions, the northeastern part of the US has transformed into the Land of Liquid Sunshine as it was once described to me when I was cadet at Fort Lewis undergoing Advanced Camp training.  Finally, an evening with no rain gave me the opportunity to head out to Upper Paugussett and hopefully set some Strava Segment achievements!  I got King of the Mountain (KOM) on Poly Brody's Frontside which was pretty easy considering it is all fire road.  I am also the leader on the Upper Gussy Loop, too. 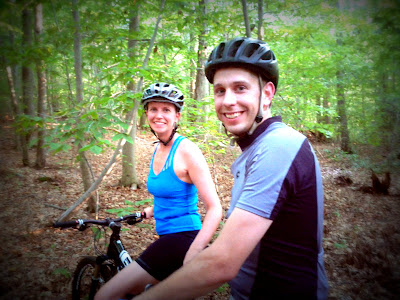 There were so many people riding the Gussy Trail this evening I should have had a bell!  I caught up with Shawn and his wife Lisa riding Cannondale 29ers demo bikes they have at the Bicycle Center.  She was on a full suspension rig that looked really sweet!  Further down the Gussy I ran into Rob who I met last month on a ride here.  He was riding up the Gussy.  Stopped off and cut that low lying tree by the new tunnel of love near the 3 sisters roller.  Then I came across three guys taking a frosty break on the Blue Cross Roller. 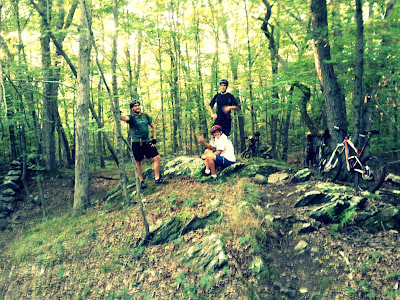 I decided to take another crack at the Frontside of Poly Brody again and then hit the Mulikin Trail on the way out.  This is a lot better than what I have been doing because it adds an additional mile or two to my basic route.  And seeing how I was able to do it in under an hour I think it will become my new workout route.  On the second go around on the Poly Brody I passed another group of riders.  One guy was even riding a Pugsley! 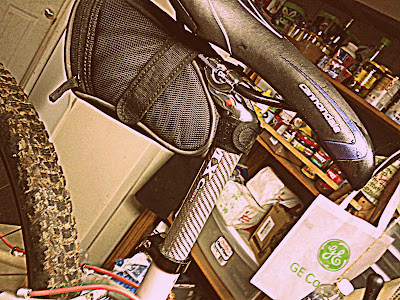 Some changes On the Spot, new saddle because the Terry Saddle bit the dust and I have my tubeless tires back from Pedal Power.  That was an ordeal!  Turns out I need a new valve stem and rim strip, which was a little costly but it's nice to have them back because they roll so nicely! 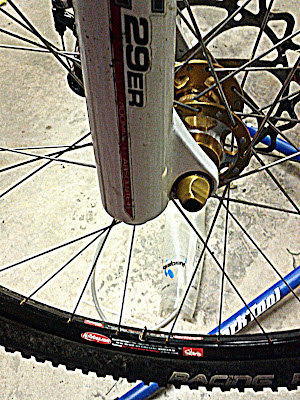