I was originally planning on riding the Tri-Bury Gravel Grinder Route that encompassed the Larkin Bridle Trail, Hop Brook, Middlebury Greenway, Flanders Nature Center, Woodbury Trolley Trail and Route 6 but then @der_dachs invited me to ride with his group up in Roxbury.  I was hesitant but he convinced me that there would be a mixed bag of riders and I would be OK - they were still really good riders but very considerate and waited for me after the really big climbs. 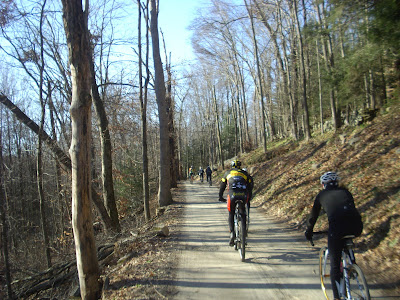 What I was expecting was the usual consisting of riding up Judges Bridge to Walker Brook and then cutting over to Steep Rock.  Shooting down the rail trail, through the tunnel and back on Judges Bridge.  I figured my 44:22 gearing on the Qball Monster Cross would be perfect for that ride.  Apparently, I didn't get the email last night saying that they would be riding more difficult terrain.  I wish I had brought the Misfit diSSent and had some gears because it would have been really helpful for the climbs and all the single track we rode. 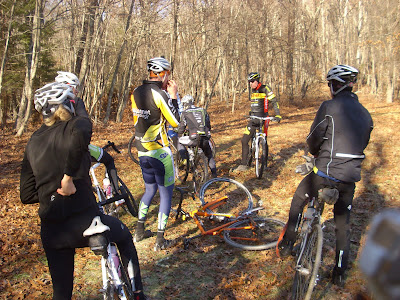 The Monster Cross came into it's own on the rail trail between "The Blue Barns" and Minor Bridge, that is until the trail was blocked and we started riding singletrack again. 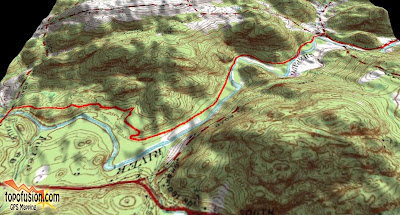 The cool thing I see in this is riding the singletrack off of Minor Bridge, then ride the rail trail up to Mine Hill, ride that singletrack and then back again.  I could even do that from the house and work in some Newtown rail trail, too!  Oh the possibilities! 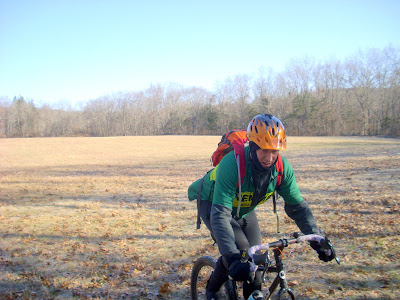 One thing is for sure, if ever try this loop again I am going to do so with some better gearing, like a 32:18 or 19.  A 2:1 ratio was just way too tall for many of the climbs on this route.  Of course, maybe I will just do it on the diSSent or the Spot when I get it built.  Either bike would be awesome on this route.  I don't know why I brought the hydration pack.  I could have done with out it, not that it would have helped that much in the climbs but clothing choice was perfect for 20 deg weather.  I did, however, forget to bring my lobster gloves and ended up using my XC skiing gloves that I had in the car.  Hands were fine.  Had neoprene overbooties on, too, with my Shimano Cold weather riding shoes.  I had wicking t-shirt, long sleeve jersey, dry-fit micro fleece and then a jersey for pockets. 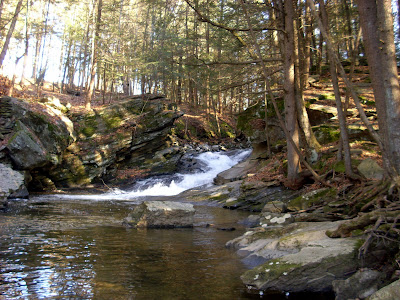