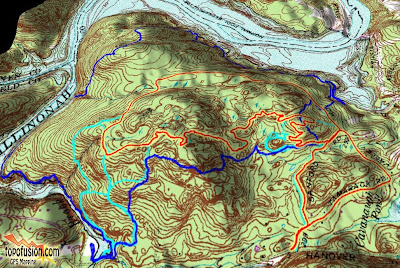 Last year about this time it was pretty cold and I think we had some snow but last night being in the 60s I new it would be a nice temperature for a Ride before Work so I got up at 5:30 am and hit the trail.  Not sure what time sunrise was but I never did it see it.  So, basically it was a nite ride, only in the morning. 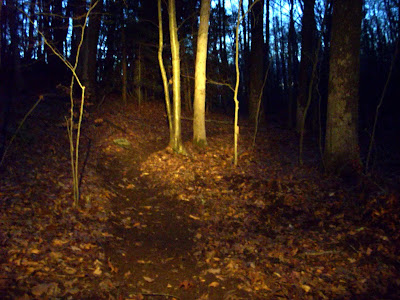 It was sloppy seconds on the Poly Brody and that is why I rode with a rear fender.  It was marginally effective and turned into a hindrance later while riding the technical sections of the Gussy.  Fortunately, I planed ahead and brought a little bungee cord that did the trick, albeit it made the bike look like a motor bike. 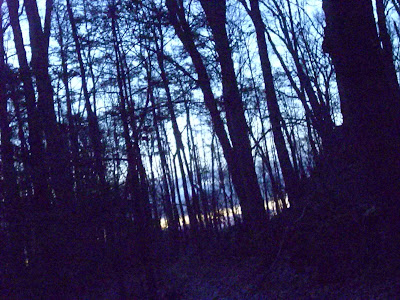 Not sure the rear fender was really worth the hassle because I still got mud on my back side.  Still, it was great to be out riding knowing that after Monday I wont be riding in the woods for at least a month. 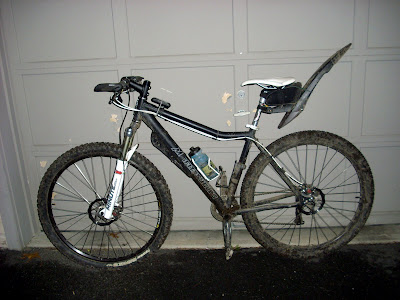 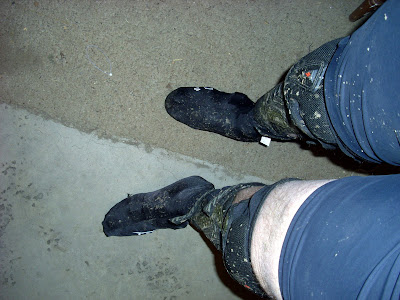 I tried something new, shoe covers.  Kept the mud off the feet and the feet never got cold.  Granted I was wearing wool sox.  As for the cleanliness aspect, shoes were already dirty but so I am not sure the covers did any good in that arena. 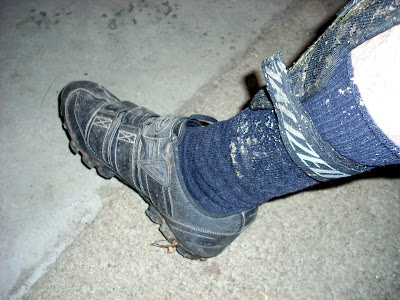