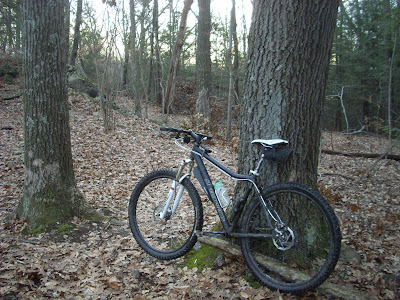 While I brought the light I got out early enough that they were unnecessary.  While I rode the Poly Brody Tuesday night I didn't see anything because it was dark and raining and the last time I was on the Gussy was over two weeks ago and that was an illuminated assisted ride, as well so it's been awhile since I have actually see anything in the forest. 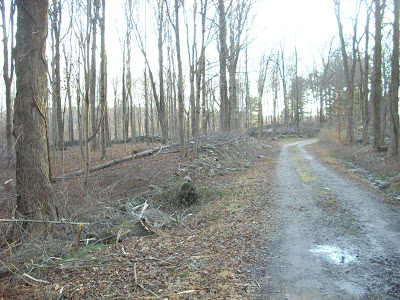 The entrance on Echo Valley Road and the Poly Brody Forest Road, for that matter, got some brush cutting treatment by the state so that it's now a lot more open.  Looks like there is more firewood cutting going on midday up the Brody. 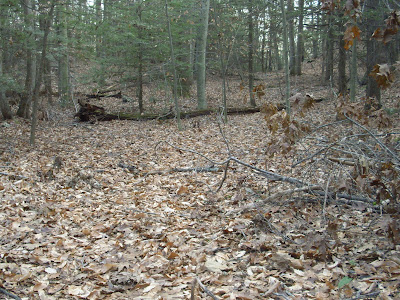 The first thing I noticed on the Gussy was that someone re-opened the the fall line trail and it now routes around the tree that fell by the Taco Stand.  It has some merit but needs some work on the finish. 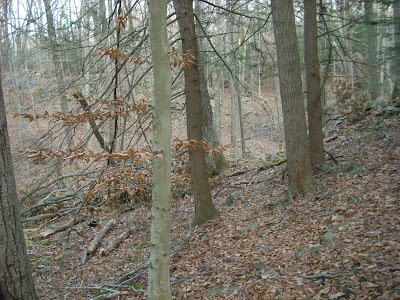 Just south of this section there are some nice mounds and exposed rock spines that could make a really nice skill section.  This might be a winter project. 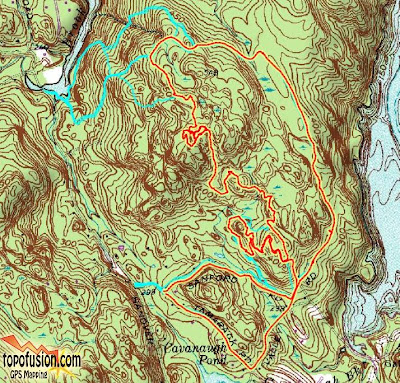