Friday RAW @ Waldo with the Tweeps

@der_dachs organized a RAW at Waldo and @K_fitz, @Der_Herzmann, and myself (@cyclsnack) were present.  @der_dachs was the only one of the four of us riding full squish and little wheels.  Going in was easy but coming out lighting was going to be a necessity. 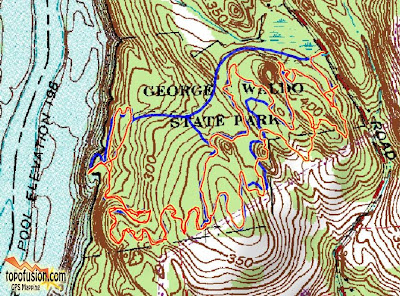 No, that is not a new trail, rather the GPS was off the mark until we picked up the Hunters Trail.  Ride consisted of down the Waldo, to the water's edge.  Up the fire road to the other side trail and then back up the Waldo to the Daffy Duck.  These guys had never been on it before but riding I doubt that got a lot of it riding in the dark.  In fact, while riding up the Daffy I was looking for the intersection with Waldo thinking we might go back down to the Hunters Trail and then back to the fire road and out to the cars but I never saw the intersection and it wasn't until we were at the by pass near the end of the trail did I realize we were on Waldo for much longer than I thought.  It was really weird! 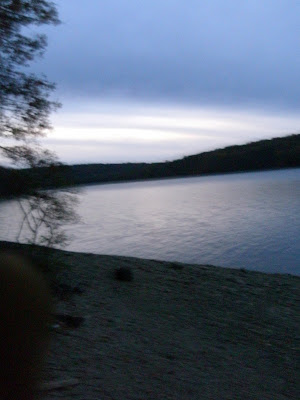 I was able to get all the way down Waldo without needing light but once down at the water's edge going from there lights were required in order to ride out. 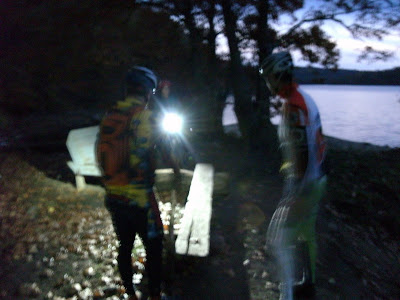 Down at the water's edge, trying to ride a board that wasn't attached to the two logs it was sitting on.  @Der_Herzmann cleaned it on the first go, @K__Fitz took a couple of tries but did it, too.
at 11:25 PM

I took my first look thru Dirt Rag magazine today, Mark, and I can appreciate MTN biking.....thing is, those are the priciest types of bikes!

Yes, bike prices can go through the roof!