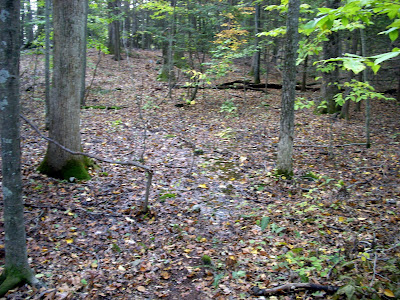 I knew I was taking a chance running the reloc through this low spot and figured I could just armor it but what I found Sunday morning killed all hopes of what was to be a quick connection to the alternative route and a future ad-hoc pump track. Just south of where this alternative route is supposed to start there a few rock mounds and a perfect spine-line that in essence could be configured into a quasi pump track but with this section being way too wet now I have to rethink the approach. The easiest solution would be to board walk it but I like to keep things natural so I will have to go back and think things through again. 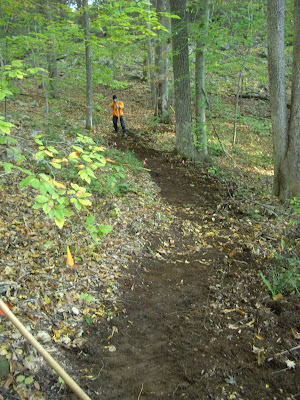 Rick and I headed up to the Gussy via the Blue Trail (and did some bush whacking along the way) to shorten the time getting to the Gussy. We took up benching where I left off last week. The new Trail Re-Loc is almost completely benched. 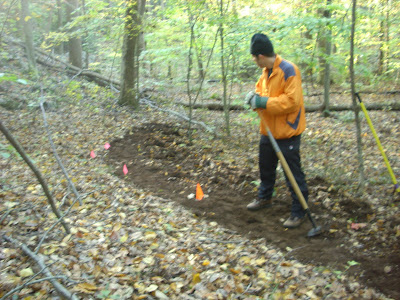 We also worked on the seciton from Up-and-Over to the technical section. However, I think what I want to do in there is make rock up-and-over in order to keep it fast and flowy. 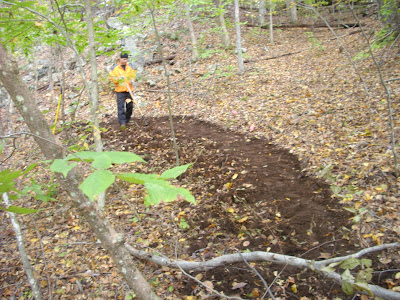 I have the trail blocked off for now hoping people will stay off of it until I have time to finish fixing the upper area now that I have to completely re-route around the wet area.

The picture above shows what's next for this section. The bottom of the yellow swath is where I want to put a rock bridge. Might have to make a loser line around it or at least do so before one forms. 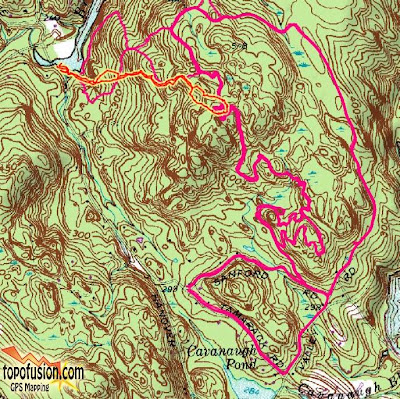 It still might be faster to come in from Echo Valley.  The way in we took today was quite a climb.

Since the vernal pool put the kybosh on the direction of the originally intended route Rick and I opened up a section that stays along the northern slope.  In the long run, this could be good because I have a idea that might play into opening up a future ad-hoc pump track.
at 6:00 AM