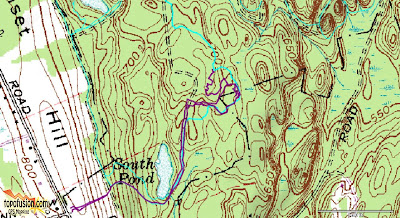 There was an outstanding turn out for the first Fairfield County join Trail Maintenance event with REI and FC NEMBA.  What I thought was going to be a simple re-route of a fall line climb and a mud pit became a major trail relocation.  If you got there early you would have gotten an REI t-shirt but I got there late and did not.


There are actually two entrances, the normal vanilla way and then a challenge/feature that runs through the scar of perhaps a fallen down tree or some ancient prospecting hole. 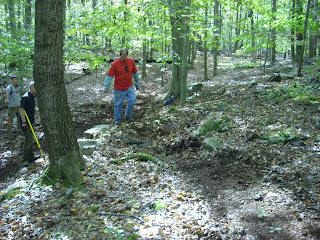 The hole itself was armored because it was really soft in the middle. 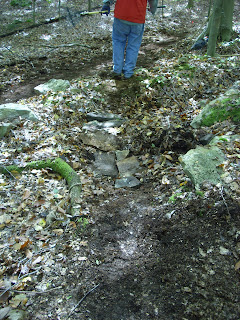 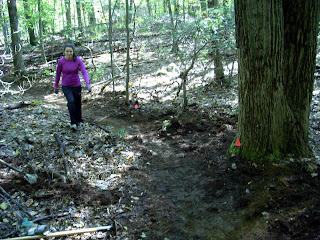 I started benching this 100' section myself and then later helped by Vince Rinaldi.  While a lot trail was raked there could have been more benching, or at least removing the duff. Exposing the mineral soil makes for quicker compaction of the treadway and that means a better trail in the long run.  All the duff means that will be susceptible to getting muddy in wet weather. 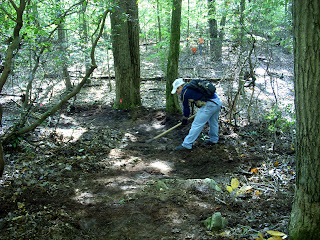 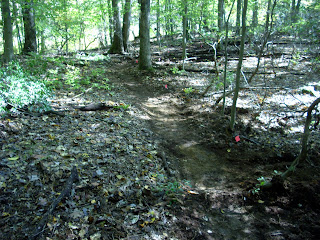 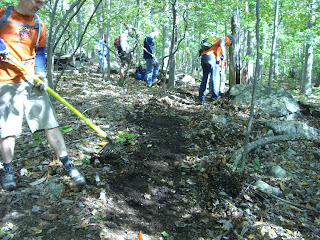 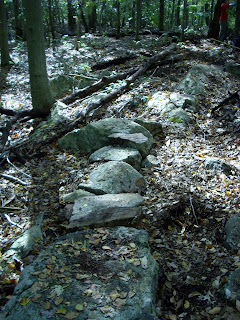 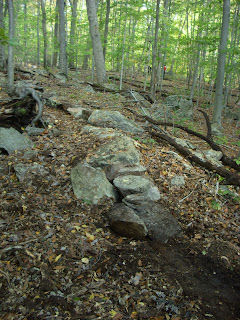 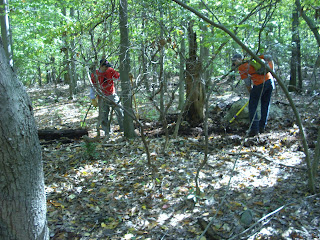 And an off camber roller was created, too, by Ryan Tucker 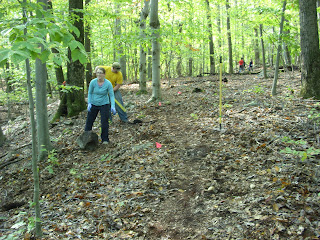 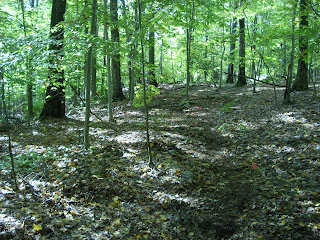 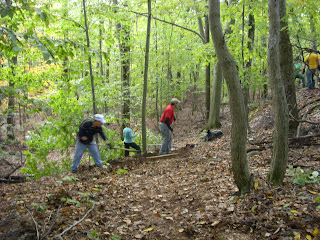 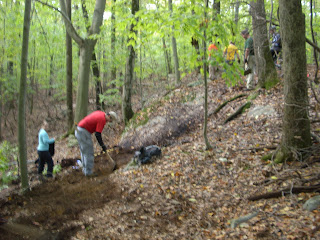 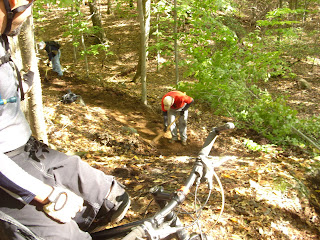 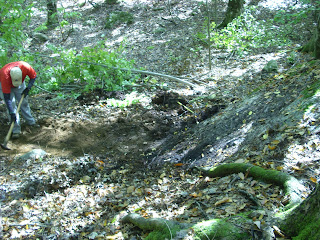 FC NEMBA had their own Trail Crew shirts made up, too, however I am not sure if the picture of the Ninja sends the right message. 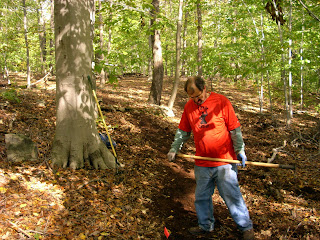 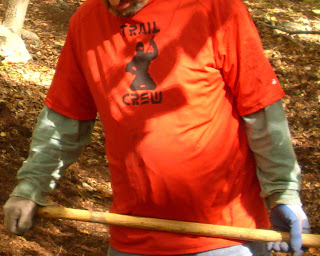 Regardless of the Wardrobe choices there was serious work being done on this trail relocation.  With so many people on hand the whole trail was done.
at 6:39 AM