Made some improvements on the Qball after Saturday's ride including having the rear wheel trued, adding a chain slap guard on the chain stay, new head cap, bash guard, and Ergons from the Tandem.  Riding this bike keeps getting better and better. 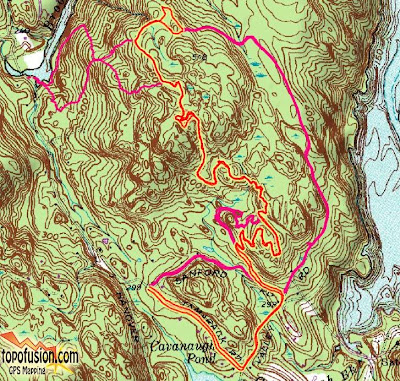 After doing some early morning Trail Maintenance on the Reloc I headed back to Upper Paugussett for another ride on the Qball and to check out what the trail reloc was like to to ride.  Decided to do an up-and-down ride in order to give the rerouted section a good up-and-down as well. 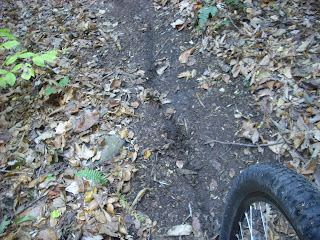 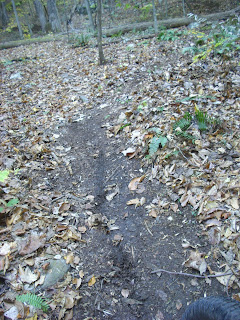 I think I was the first one on the entire reloc.  It's still a bit rough but will smooth out once more people start riding it. 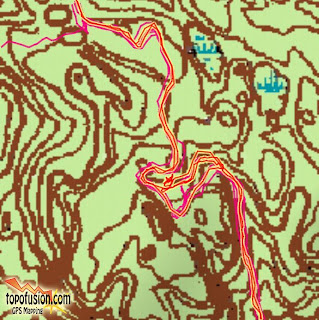 I went up and down it a few more times, too, and also to figure out the lines on the technical sections.  The first technical section is short and has a weird line but if you power through it it should be a problem.  There is a little tree growing by the edge of the trail that probably should come out. 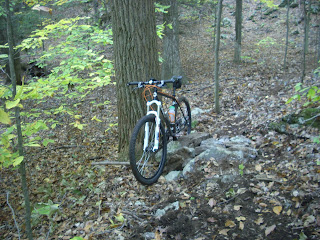 However, this part near the end of the reloc is interesting to say the least.  Rick and I built up a good base of big rocks around the embedded rock but I found that the line is more towards the uphill side. 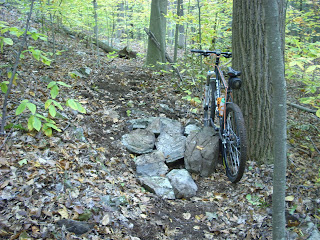 After trying it a few times, I positioned some more rocks but I think I need to come back bench more.  This will be a job for pickmatic rather than the trusty Rouge Hoe.  Might come back next Saturday to fix this section and start looking at a re-route around the fallen tree that the main part of the trail goes over due to two developing mud holes on both sides of the tree. 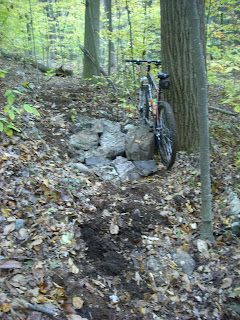