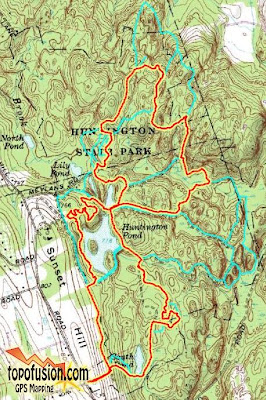 I had somewhere to be in the early afternoon so I popped smoke from the trail work a little earlier than the rest so that I could get a ride in at Huntington.  I was amazed at how many trees were down post Irene and realized that the last time I had ridden at Huntington was at the Happening at Huntington.

It seems everyone was riding the trail relocation from the same direction but I rode it in the opposite direction and while it's nice it's still frumpy from the fact that there is still a lot of duff on the trail that needs to get removed, except for the section that I did and the neighboring piece done by Mike Burke.  Still it's a welcomed change.


There were two big blowdowns on the Rock and Rock and Roll Trail, one pictured below was massive and it will probably be better suited to just do a go around.  The other further down was taken care of. 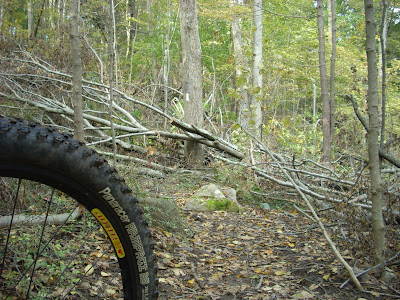 I was supposed to meet Nate Hale, the Park Land Manager at the new Bridge today and give him a check for $1500 has a donation from CT NEMBA to the Friends of Putnam Memorial Park in order to purchase a York Rake for spreading gravel but he wasn't there.  So I spent the time riding with a $1500 check in my pocket, I think that is the most money I have ever ridden with in the woods. 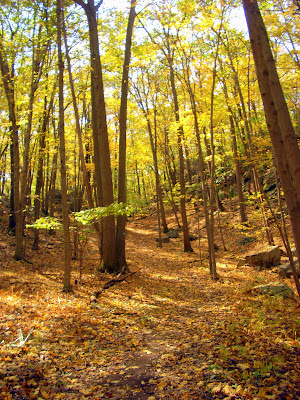 It's definitely fall in New England! 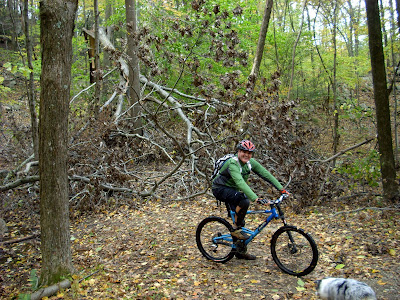 The other blowdown at the bottom of Little Vomit
at 10:54 AM