The Giles Corey Brewing Co made a HARD PRESSED appearance at CT NEMBA's Fall Fiesta on Sunday, despite the early morning showers. 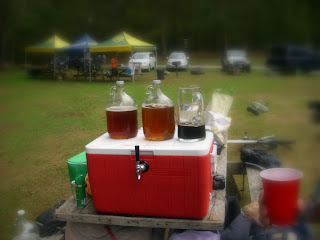 On the Menu (Speise Karte) today:

Seven Malts and three hops come together to create a roasty, smooth drinking German Ale perfect for fall.  Dark like stout, rich like porter, but drinks like lager.  Dunkle Dinge!

Their annual Oktoberfest offering.  Brewed true to style and then dosed with pounds of sweet potatoes.  The Reinheitsgebot be damned! 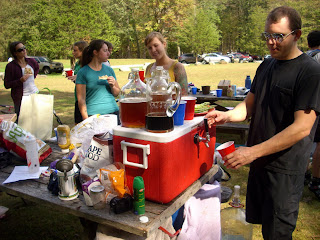 The third pumpkin ale from GCBC.  This time around they brewed a traditional Hefeweizen but added just the right amount of pumpkin and spice.  Hints of clove, banana and subtle Vanilla round out classic fall flavors.

Light on body, but bitter as hell!  Overhopped with Citra & Amarillo, Giles robbed from future generations to make this brew happen. 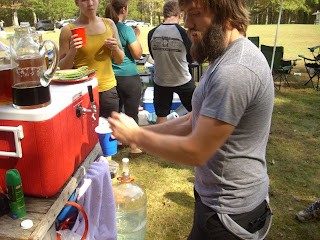 When Giles Corey comes to the Fiesta he takes over right away and controls the scene. 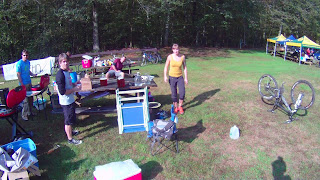 Unbelievably, the brew masters of Giles Corey even ride mountain bikes but ironically none of them have ventured to the darkside.  One of the last bastions of little wheeled riders.  It was rumored that Brewmaster Adam tried a 29er but I don't think he could reach the ground, even with the saddle in the lowest position. 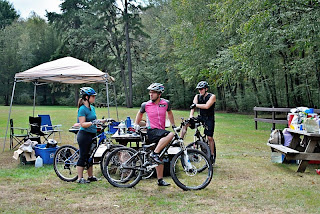