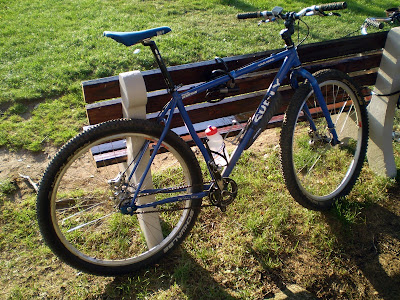 When I got up to West Hartford for the MDC hearings, not only were there a plethora of commuting and road bikes secured helterskelter to anything immovable but there were quite a few mountain bikes as well. Of course, when ever I see bigger wheels and a single cog in the rear my attention is immediately drawn to these bikes over anything else. 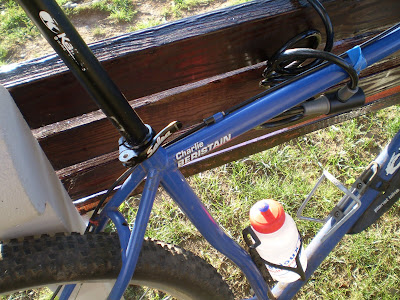 This is Charlie Beristain's Karate Monkey.  Charlie is leading the fight to ensure the The Rez stays open for all and closes the loophole in the State's Rec Use Statutes that caused this whole problem in the first place.  News Channel 30 did good piece on the issue and interview Charlie, as well. 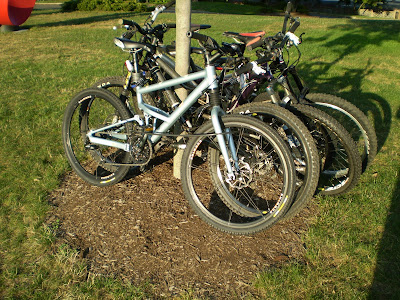 Apparently, there was a solidarity mountain bike ride at the Rez and then everyone rode over to the Town Hall to show their support for keeping the trails open.  Members of a loosely organized Mountain Biking Group in CT called the Black Sheep Squadron (on Facebook) were also present. 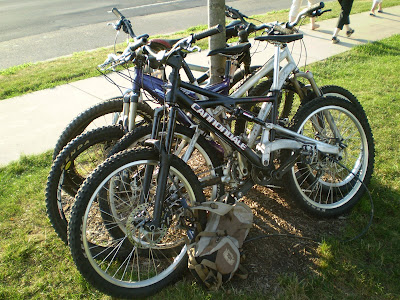