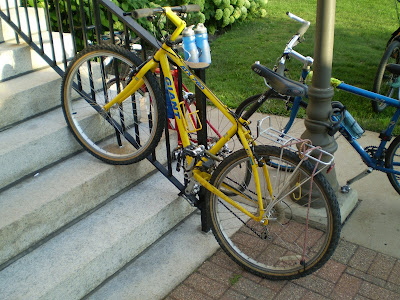 I think West Hartford is the most prolific bike community in the state.  There just seems to be a polarization of cyclists here.  There are bike lanes, the Rez (hopefully it will remain open) and many events focused on cycling.  The only other place that comes close is New Haven, however, I think that is largely due to the fact that Yale pretty much makes up most of the City and there are many students using bikes for transportation. 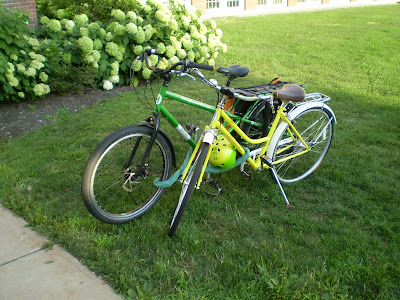 I was up at the West Hartford Town Hall to see what was going on with the MDC hearings and the potential access issues for the Rez (West Hartford Reservoir).  I won't get into the gory details of what happened and why access is threatened, feel free to read about that over on the CT NEMBA Blog, but in a nutshell someone had a bike accident in which the cyclist ran into an obstruction that has been there for years, turned around sued the MDC and won.  The MDC thought they were immune to these kinds of lawsuits but the judge in the case felt otherwise.  Now the MDC liability insurance could sky rocket and clearly they need to figure out a way so they aren't caught like this again. 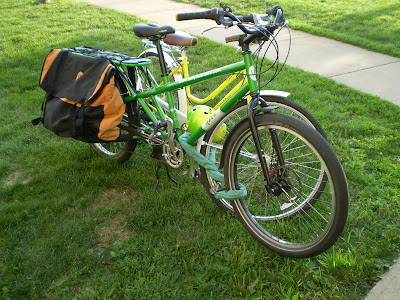 There is no doubt they need to institute some sort of pass system/liability waiver to protect them from future law suits and there definitely needs to be some changes in the rec use statutes to prevent these law suits in the future otherwise mountain biking could get seriously limited.  I got up to West Hartford towards the tail end of the Public Outcry to support continued access to the trails but was able to borrow someone's camera and get some great bike shots.  The Cargo bike above I have seen numerous times on the BeatBikeBlog.  The yellow Giant is nice, but I really dig the blue rims on the classic Special-Ed Stumpjumper. 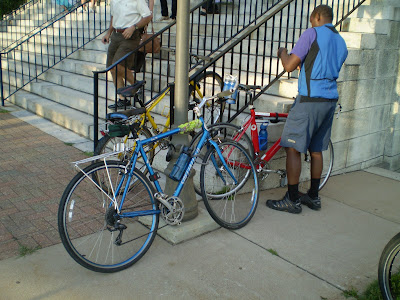 As far as I know, there are no bike lanes in W.Htfd (I've lived here since 1988).
There are bikes painted on Boulevard, but no actual lanes. Not only are there no bike lanes, in an effort to slow down traffic, they have the sidewalks jut out at the corners effectively canceling out any shoulder. There are bike lanes on the Hartford section of Boulevard, and on Park Rd. in Hartford.