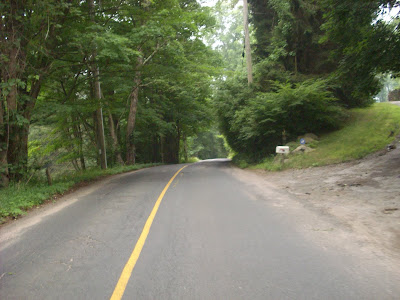 It's been three months since my last commute to work - man I am such a slug!  I think the lack of commuting was mainly due to my training schedule for Mountain Bike racing and my daughter's dance schedule in which I had to pick her up every day after work.  So, on the fourth day of the New England heat wave I headed out at 6:15 am on the Stinson to work.  To make the ride in a little easier seeing that I haven't done this in while I left the laptop at work and left a change of clothes at the office the day before. 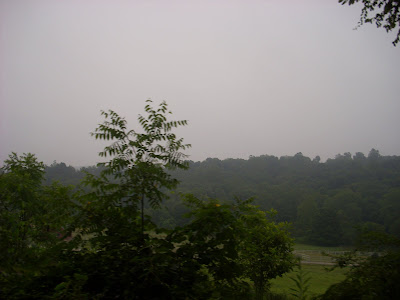 It was 75 degrees when I left the house and kind of foggy which made riding pretty cool at first but then I started climbing out of the Housatonic River Valley and all notion of a nice cool ride was gone by the second mile.  I wanted to take the Lambert but it presented too many challenges that I wasn't prepared to deal with.  First of all it hasn't really been road tested, that is ridden for more than a mile.  700x23c tires means that I have to take the long way to work and avoid all dirt roads but doing that would mean risking a longer ride than what I would like to do on it for it's maiden voyage.  What I need to do is take it out on the Old Put or the Farmington Canal Greenway. 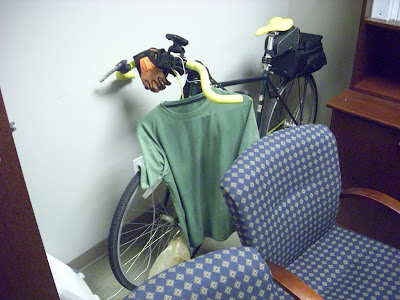 At the office, the bike serves a dual purpose as a drying rack.  I run a fan to dry off my shorts, shirt and gloves all day.  It didn't smell too bad in the office but I could smell a faint trace of workout coming from the riding kit.  I really need to get some air fresheners to just make it smell less like a gym and more like an office. 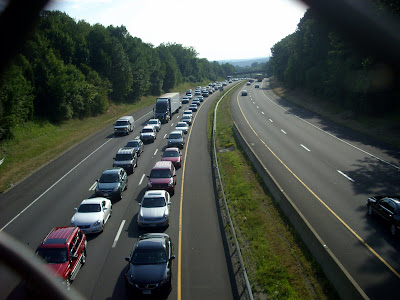 Prior to leaving the house I did check weather.com and there was hint of any rain in the forecast, however around 9 AM it started to rain.  At 10 am is pouring.  But by noon it stopped and was clearing up and partly sunny.  I still don't have fenders on the Stinson.  Leaving the office, it was a little humid and around 85 degrees.  I stopped over Route 84 to raise my seat post and enjoyed the view of the stopped cars. 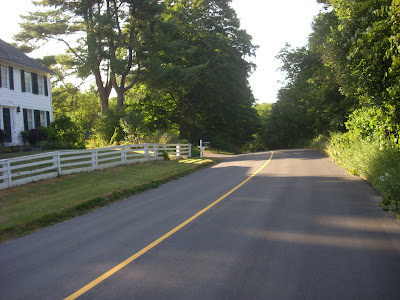 I love country roads, as long as they are smooth.  The town of Newtown recently repaved this section of Obtuse Road to Currituck Rd and it's soooo smooth now!  The old farm houses that line this stretch of the road are graceful and stately. 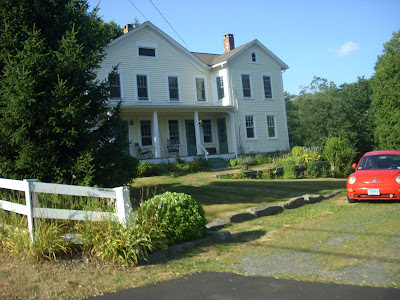 The worst feeling on fixed gear bike, I think, is when your chain drops like mine did here on one of the big descents on the dirt portion of Pond Brook Road.  There's a little slack in my chain and this will happen from time to time when I am descending due to the way I try and control my descents by applying pressure on the up swing of the pedal rather than the down swing.  I have had this happen to me before on the big descent on the Middlebury Greenway.  I knew I should have adjusted my tension the night before but it was just so stifling hot in the garage I didn't feel like doing the work. 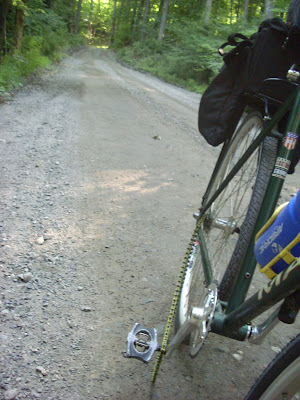 On this route I use a flatter section of Rt 25 and then take Rt 6 to Stony Hill and then cut over to the office park on some back roads.  There is a wide enough shoulder on Rt 6 that I feel reasonable safe on the road.  This is the shortest route that I can do which is a little over 9 miles long.  For some reason I was thinking the profile would be a lot smoother. 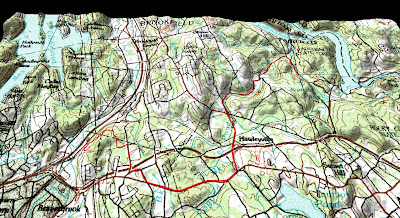