Teaching my son to ride without training wheels 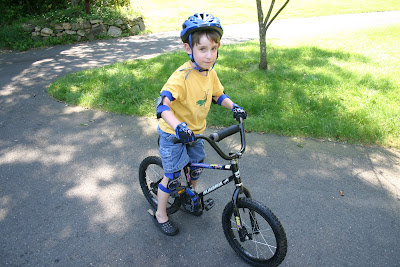 Today was the day to start teaching Elliot to ride without training wheels. He couldn't wait to try it but we both had two different ways of thinking of how this would work. In his mind, he thought I was going to run around holding him the whole time but what he didn't realize is that the name of the game is to eventually let go so that he can ride by himself. 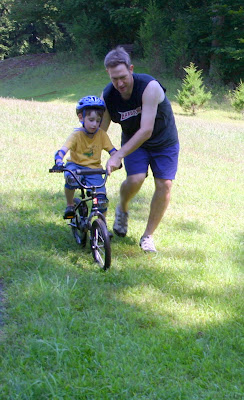 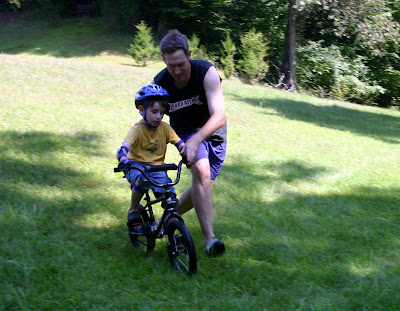 I was able to let go a few time but a soon as he figured I wasn't holding on he would stop pedaling and claim he was scarred. I think he wants to learn how to do it because that is all he talked about all morning while I was cleaning the garage. He couldn't wait but then when it came time to perform the fear that he was going to be on his own overwhelmed him. 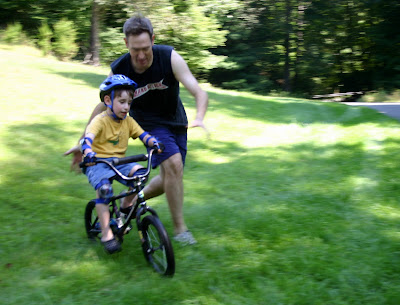 So we'll try again on Sunday, and the following weekend as well until he over comes his fear and can move on to the next bike in the stable. His brother has found that he can ride this bike and is riding it now. I hope I don't have to buy another bike. 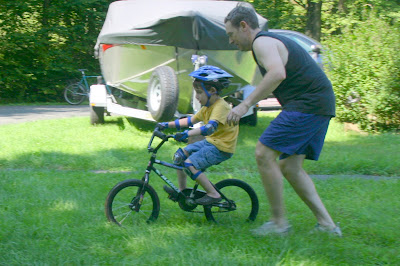 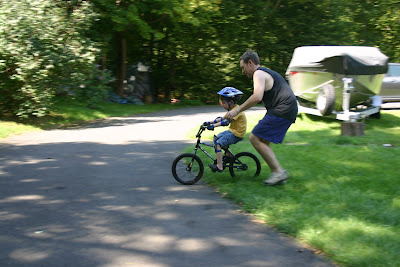 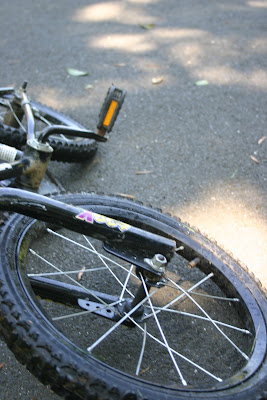