You would have been surprised at the number of 29ers that showed up at CT NEMBA's Fall Fiesta last weekend. I counted 11 29ers! There was a Green Voodoo Canzo, a Niner, 3 Monocogs, 1 Monocog Superflight, 4 Gary Fishers, and 1 Ventanna! Three years ago, at this same place, there was one 29er, mine, and now look at how many there are! 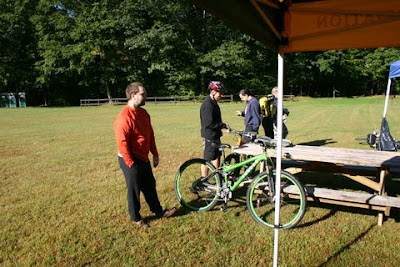 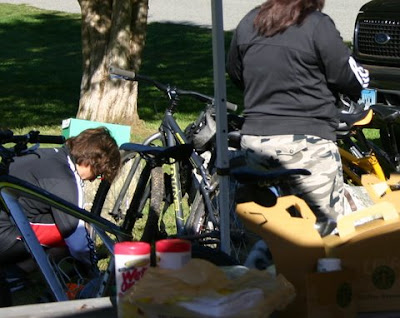 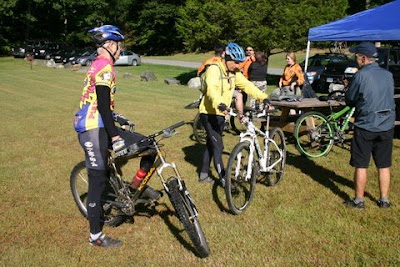 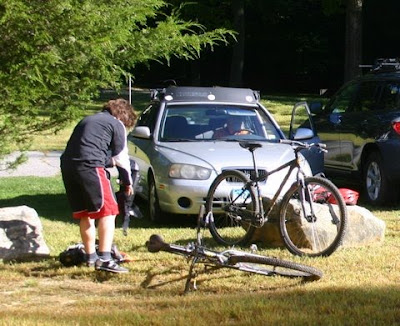 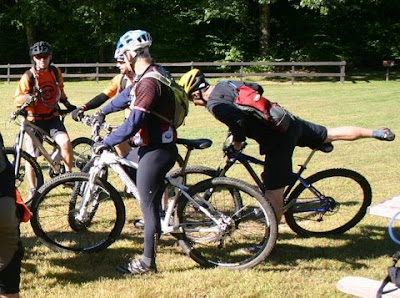 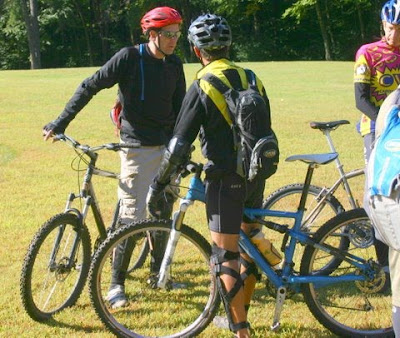 Ventenna, on the left, geared and rigid. Steve on right with his Monocog 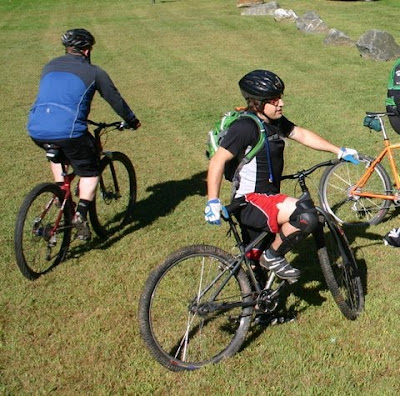 Another shot of the Fisher full suspension 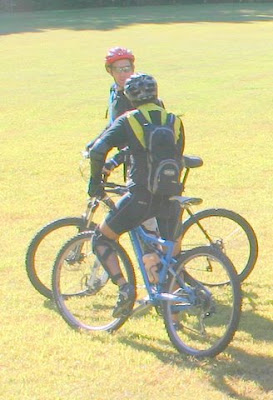 Up close shot of the Ventanna 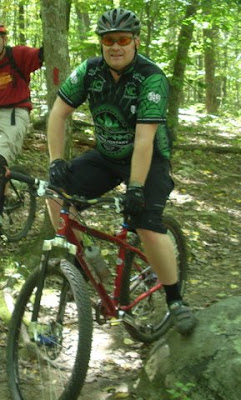 Glenn on his Monocog, riding sweep for the Epic Ride 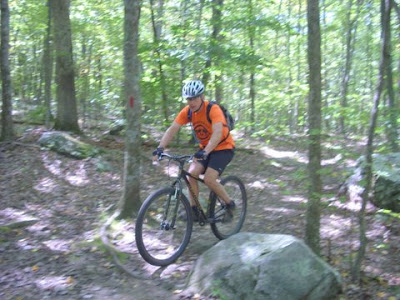 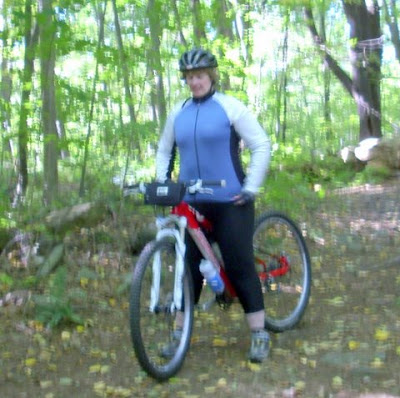 And then think about all the other people there who also own 29ers, including myself there were at least 5 others, which says to me that 29ers, contrary to LBS belief, is no longer a niche player!
at 5:38 AM

What an incredible day! It was my first NEMBA event and a total success. I got to meet some key figures in the CT (you) scene and have a killer ride. It got me very excited to do more of these. Too bad we didn't ride together. I am also pumped to learn trail maintain! From what I can see, you and some others are doing a great job. Thanks.

Thanks Steve! When I get my next 29er built we'll have to hit some trails together.