Brooks B66 on the Qball 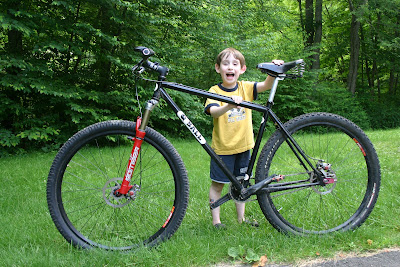 Did a little work on the Qball this weekend. Went back to the Bonty 2.2 in the rear and the tube inside is a Flat Attack. 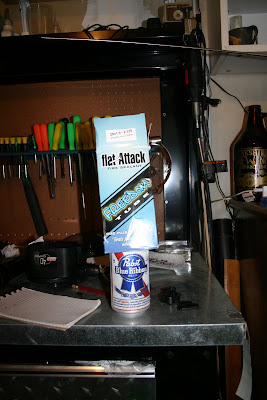 Apparently, there is some Stan's like goop inside so that if a puncture occurs, it will self seal. I was a little skeptical thinking the tube was going to weigh a ton, not that I am a weight weenie, but when I got it on the scale, I was shocked! 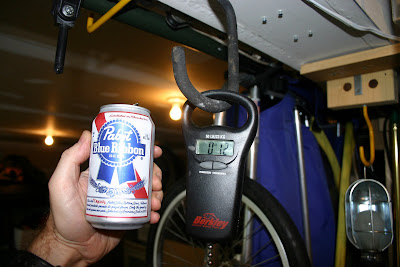 Only a four ounce difference! The tube weighs as much as the fluid contents of my can of beer! Now that the Fixation is gone the only bike I have now for reconning new trails is the Qball and this tube is perfect for that. Of course, doing Bike Maintenace with a frosty PBR and listening to Led Zeplin is heaven! I got the B66 with the Stinson and wasn't sure whether I really wanted it or not. I put it up on Craigslist for $100 to see if anyone would bite. One guy low balled me at $40 (that's what I paid for it) but I responded that I would take $75. The guy actually said yes and before I let it go I tried it out on the Stinson and it wasn't bad so I told him I decided to keep it. He understood. 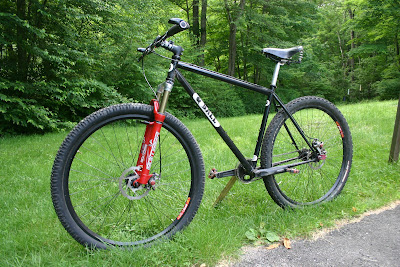 The other day, I picked up another Brooks, a Professional, which I think is a B68 for Stinson and decided to try the B66 on the Qball. After a few test spins in the driveway and a few adjustments later, I decided that it would be perfect. 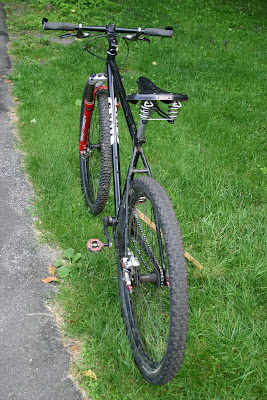 If I turn the Qball into a Monster Cross, this saddle will really complement the bike.
at 5:05 AM