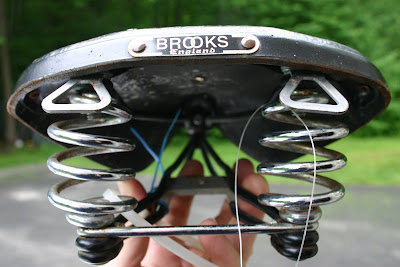 Last fall I saw this cool looking bike at the Bicycle Goodie Shop in Bethel with a Brooks Saddle on it that was in for repairs.  Linda, the shop owner, told me that the rear internal hub couldn't be repaired and that the owner was now looking to sell the bike but of course what caught my eye was the Saddle.  When I first asked the price was way too much for a bike that was basically broken and didn't include the Brooks. 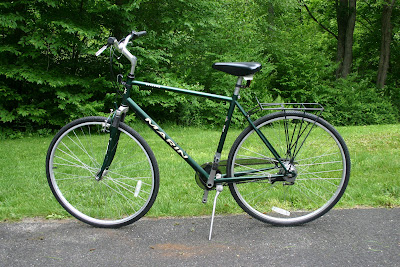 On Wednesday of this past week I happened into the shop and saw that the bike was still there and the owner throught the seller might come down on the price.  Got his number and made an offer which he didn't like.  I left him my name and number and said to call me if he reconsiders.  Six hours later, he did, and for a little extra he through in the Brooks B66 saddle! 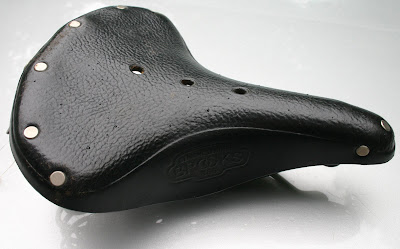 This bike is the perfect platform for fixed gear commuter/cross bike.  Originally, I was going to convert the Qball into a Monster Crosser, assuming I could sell the Fetish Fixation and find a 29er frame.  That could still happen but for now I have a 700c fixed gear conversion to work on and this will be the perfect fixed gear commuter, which means I have to sell the Bridgestone as well. 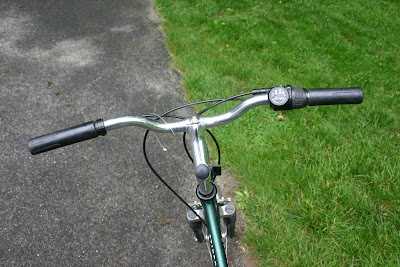 Here are the specs according to Bikepedia: 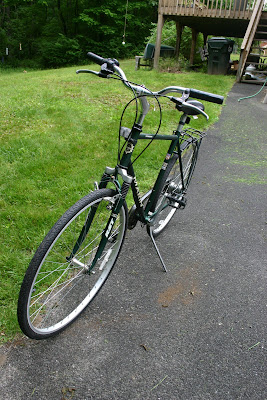 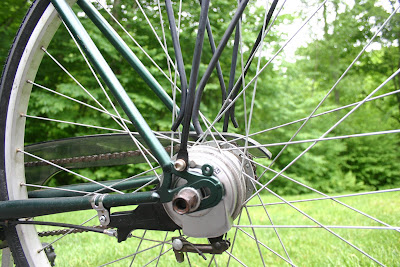 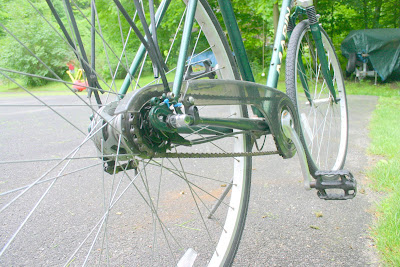 Now I have to take the rear wheel off and see if I can convert that to a fixed gear or do I need another rear wheel.  Also have to take off the drive train cover and count teel on the front ring.  According to Bikepedia, it's a 44t upfront.  If that is the case, I am saved, if not I have to find a new crankset.  I am thinking Nitto flared drops.  One break and fixed of course.
at 5:25 AM