Took the train into NYC on Wednesday for work and of course I brought my camera, hoping for a glimpse of a bike messanger, or a hipster riding a fixed gear, or even the elusive BikeSnobNYC riding his famous Orange Julius. I think I might have seen one messanger on a fixed gear but it was a brief glimpse and could have been a ghost. 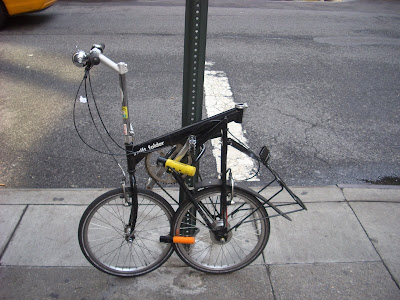 Walking down Park Avenue, headed towards Grand Central Terminal, I encountered quite a few bikes of varying type a quality. Above is an internally geared Swiss Folder double locked to the sign post. 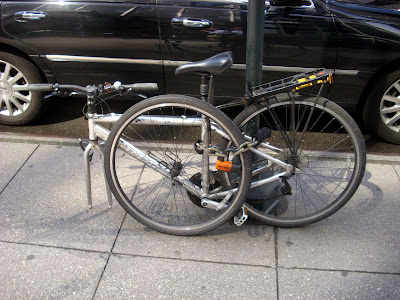 This Trek commuter with a Topeak Baby Rack also was professionally locked down, too. 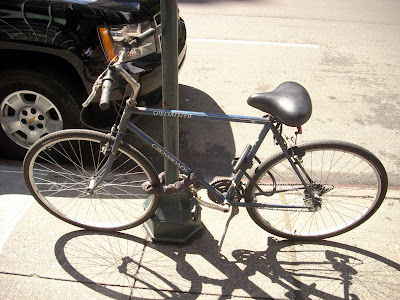 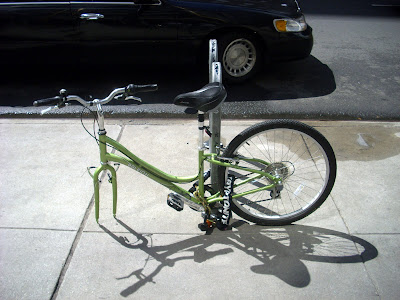 However, what happended here? Hopefully the owner took their wheel to work with them otherwise they won't be riding far. 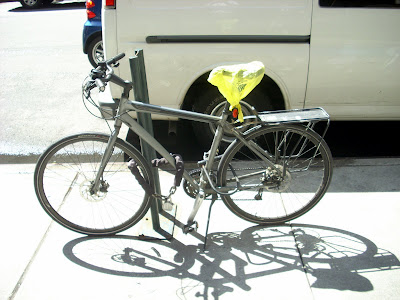 Another nice Trek, this one with disc brakes. The bag is a nice touch because it rained earlier and after I got on the train later it poured some more. Without fenders though, a wet saddle isn't going to make that big a difference. 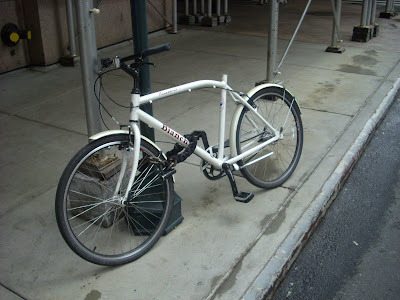 This Bianchi is cool with an internally geared hub. My guess is they took their seatpost clamp when the took their saddle with them to the office, otherwise riding home will be interesting. 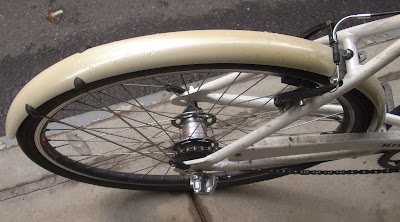 I love the matching fenders. It's kind of out of place. Looks like this bike's normal habitat is the Jersey shore, the Hamptons, or even Fire Island. 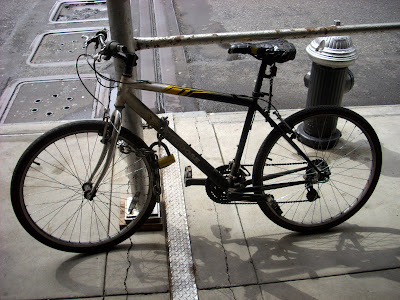 This Mongoose is interesting. It appears to have once had a nice saddle, maybe a Fitzik buy the shape of it but now there is so much duct tape on it that the seat chain seems ridiculous. Not to mention, who puts a nice saddle on a Mongoose? 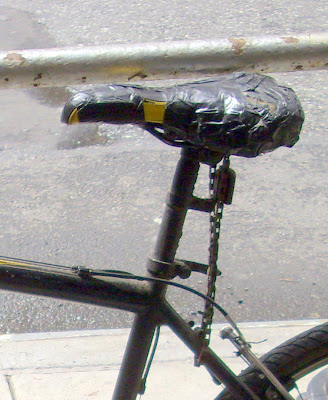