The Friday Fix: Requiem for a Raleigh 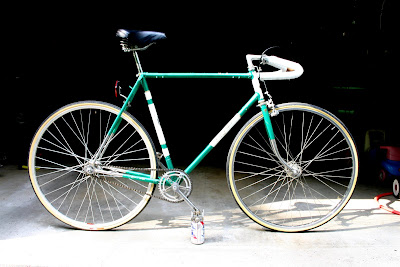 The Super Course has left the stable. I am saddened to see it go because it was such a fun bike to ride but there were a few factors that perciptated my decision to set her free, like needing the money to pay for the new wheelset for the 'Horse and opening space in the garage for another bike which I will be picking up later today. I think the bike is going to good home, though, and ironically back to the town in which it came from, Wilton, CT.

It will be a young man's first fixed gear. Now he will experience the joys of spinning like a mad man down Southern New England's glacially carved hills and climbing back up again. The Raleigh's new owner has the potential of becoming a fixed gear free styler and just the fact that he will be riding a fixed gear to school, he will be the envy of all other riders. 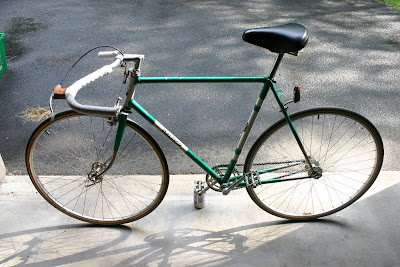 I put the big red reflector back on and I think it looks really cool. The KHS sprung saddle is really nice and comfortable. 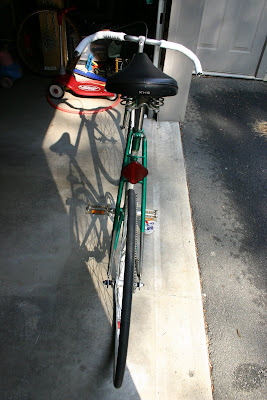 This isn't anything new but thought a picture of the rear wheel would be nice, since it's a new wheel. 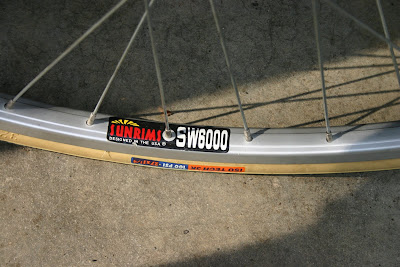 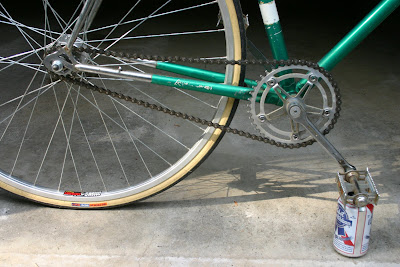 42:15 gearing rocks! I had Christoph clips but they were old looking and dragged everytime I started out so I took them off. I want to see what riding a fixed gear is all about without being clipped in. These bars are awesome! Great positions for the hands and really comfortable, too. 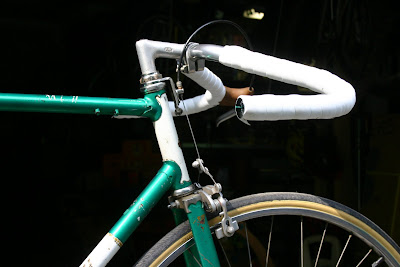 So, this will be the last viewing of the Raleigh.  Fare-the-well, old friend. 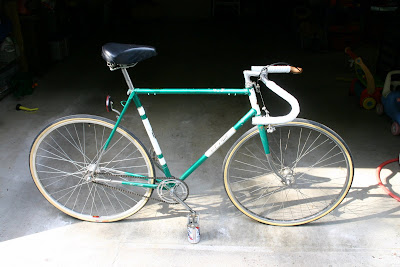 It's hard parting with an "old friend". I hope the young man appreciates it.