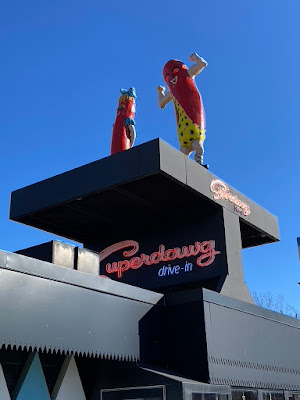 This was my last ride in Chicago for 2022 and why not ride more gravel and visit a Chicago institution along the way. This was to be third trip to Chicago in the past two years and I still haven't ridden the greenway trails along the North Branch of the Chicago River. 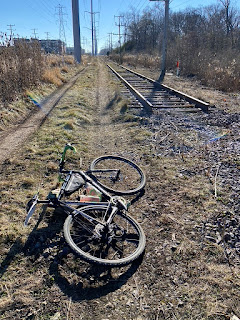 Before I got to the trail I happened across some abandoned railroad tracks that I had to take a look at. It was tempting to ride along them but I wasn't sure where this spur led and would I run into a problem later down the road. 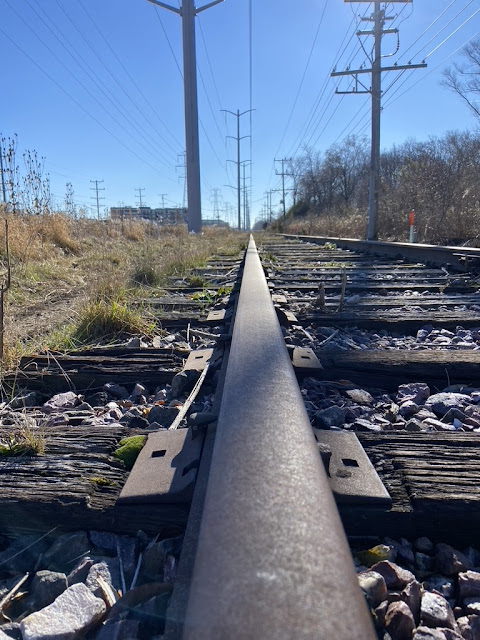 This line was called the Chicago North Shore and Milwaukee Railroad which was more commonly referred to as the North Shore Railway. It was an interurban line that ran 88 miles between Chicago and Milwaukee. There was also a branch line connecting Lake Bluff and Mundelein. Which is now the North Shore Cycleway. With the Skokie Valley Rail Trail 30 yards (right of the picture) to the west I doubt where this parallels that trail this will become another rail trail in the future. 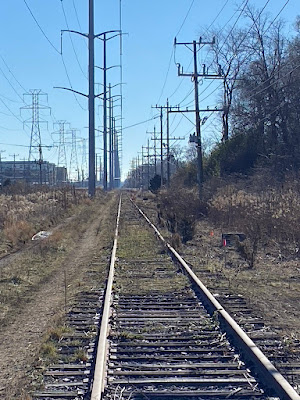 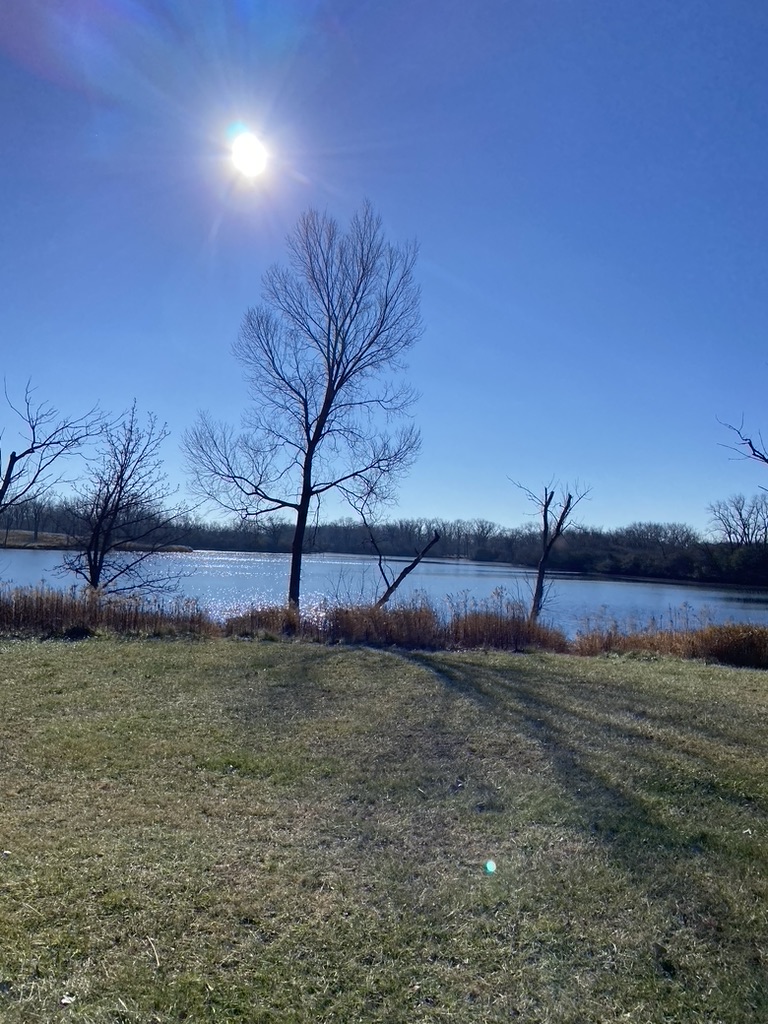 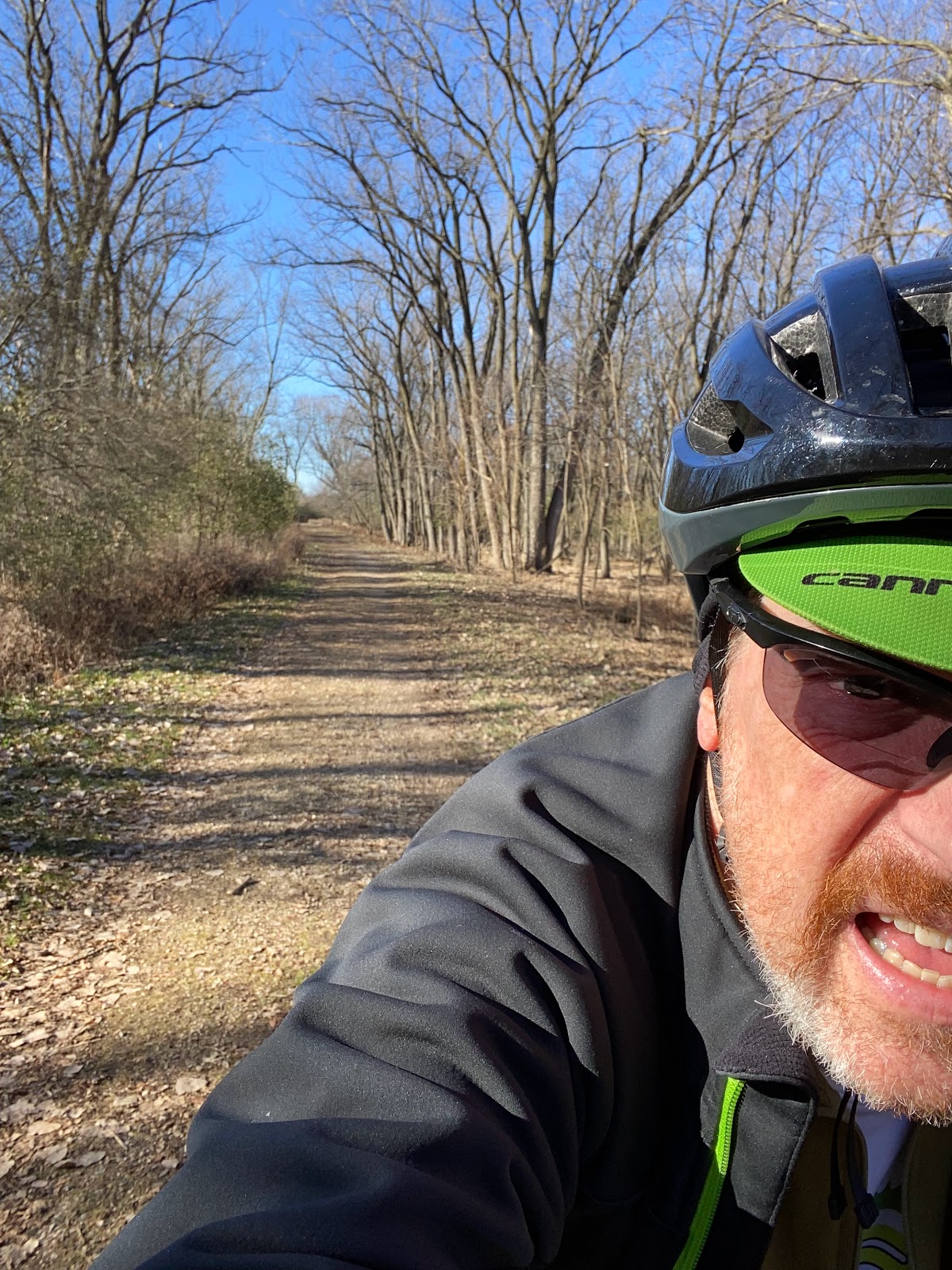 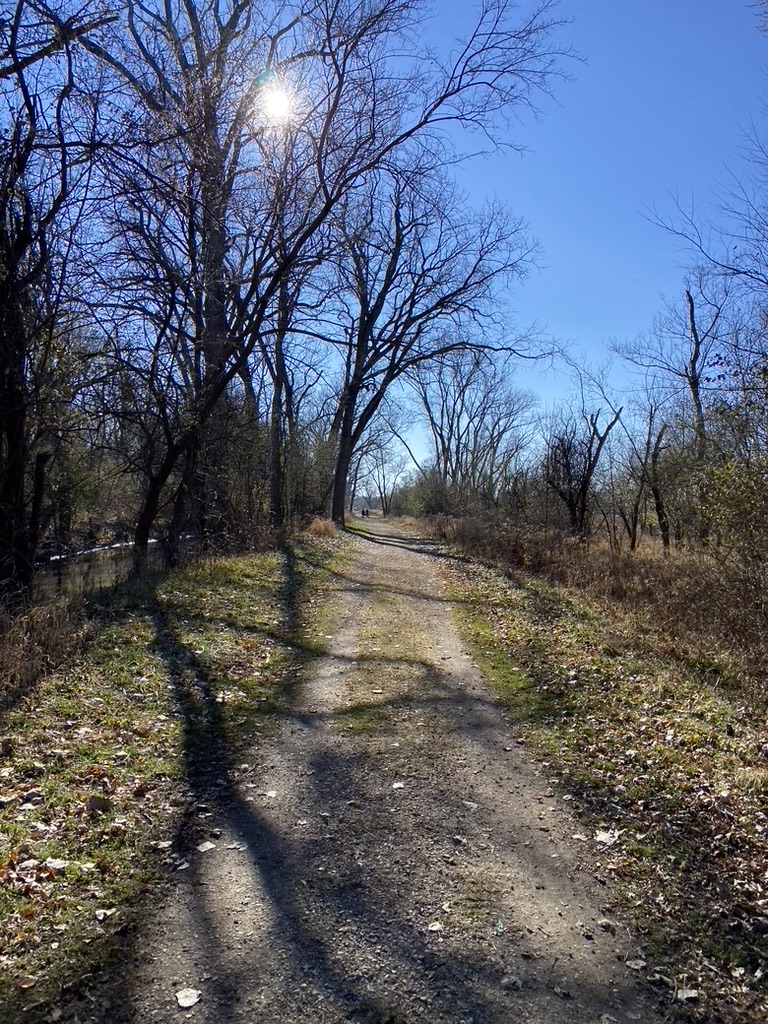 It was a good start 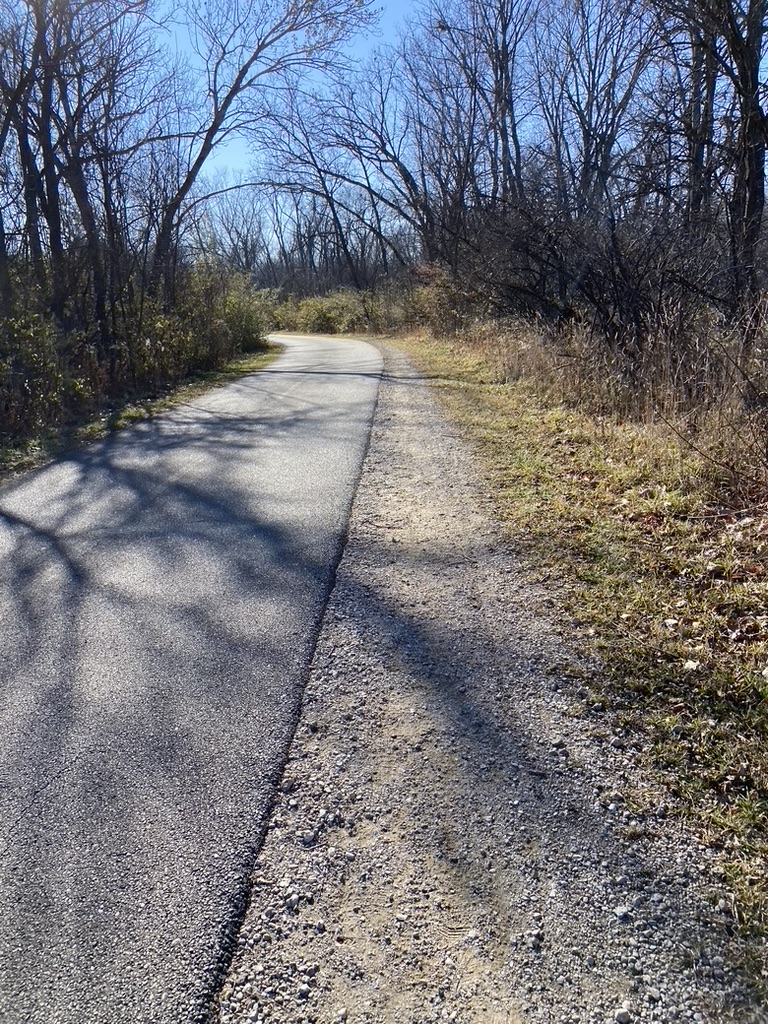 but where the two trails met up again if you wanted dirt you had to ride the shoulder.
Some parts were pretty good. 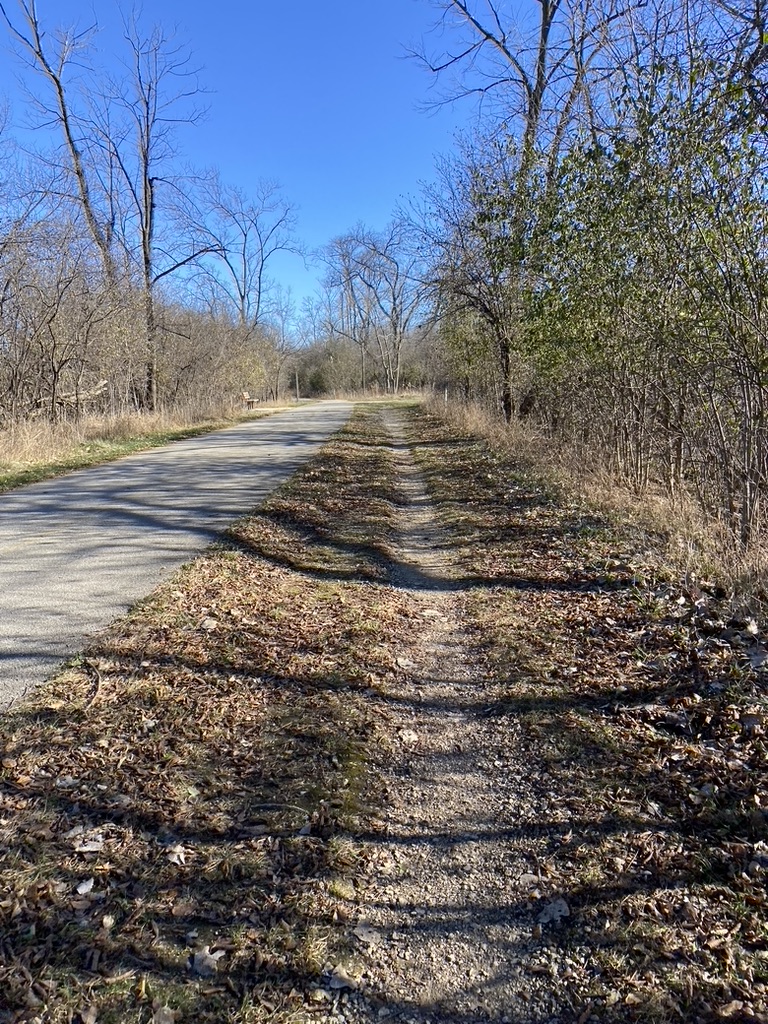 And others not so good. 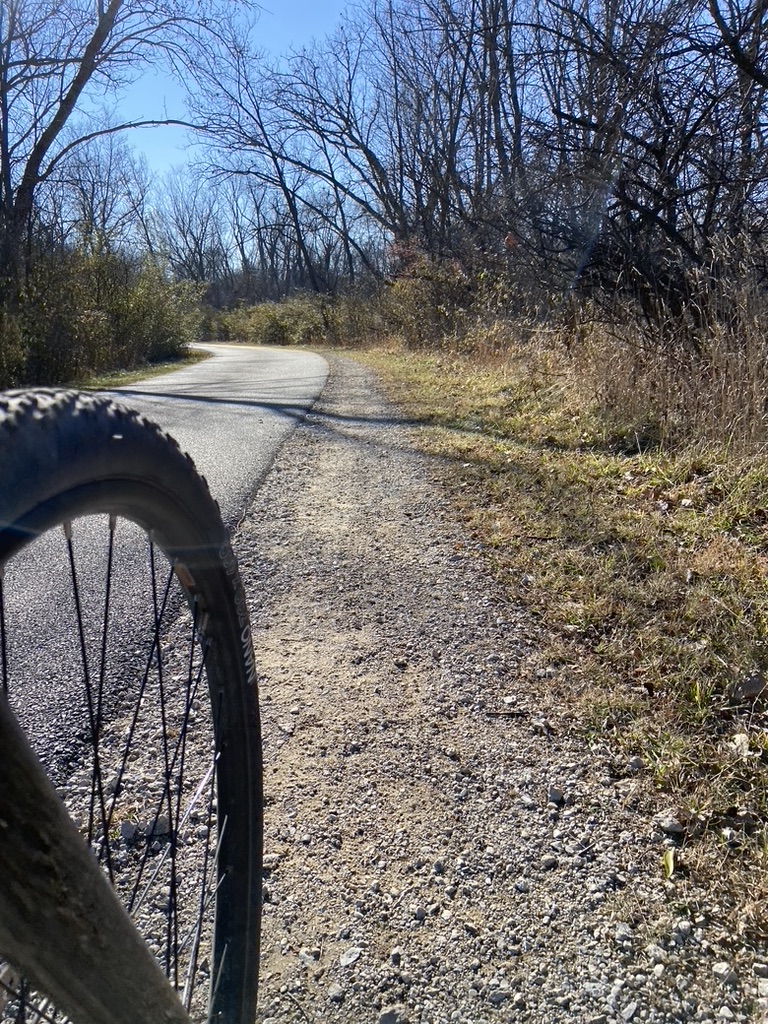 Dirt is dirt and I made the most of it. 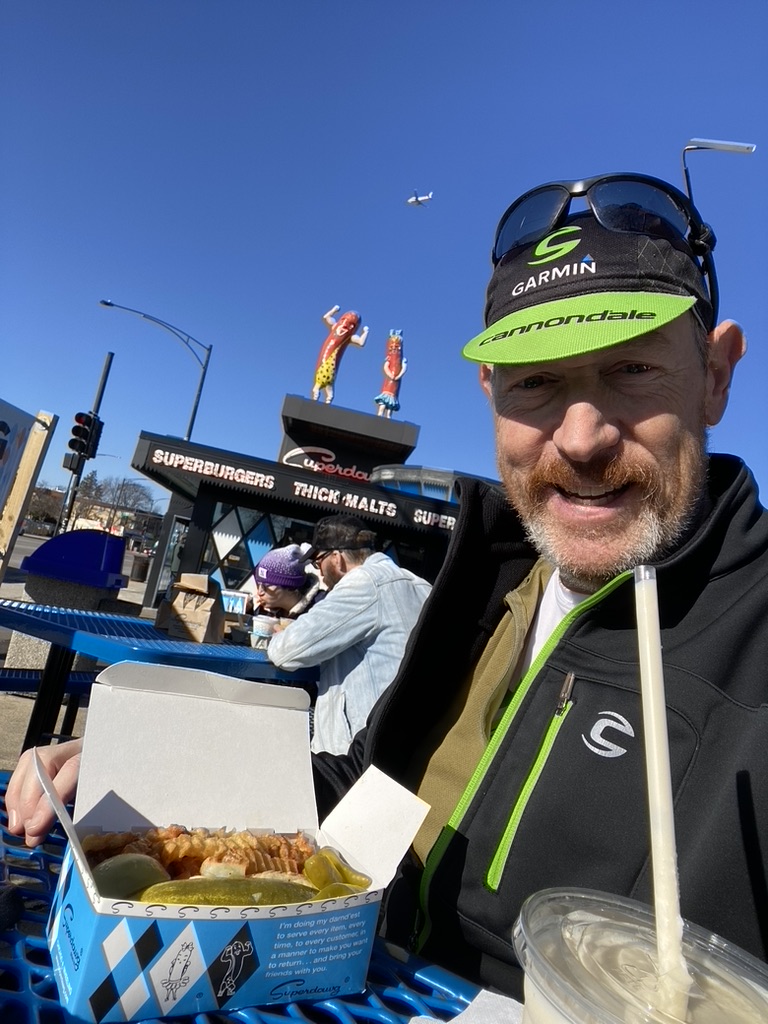 The trail essentially ends at Superdawg! 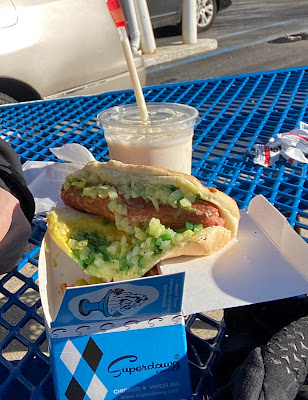 Combined with a shake I didn't need anything else the rest of the ride. 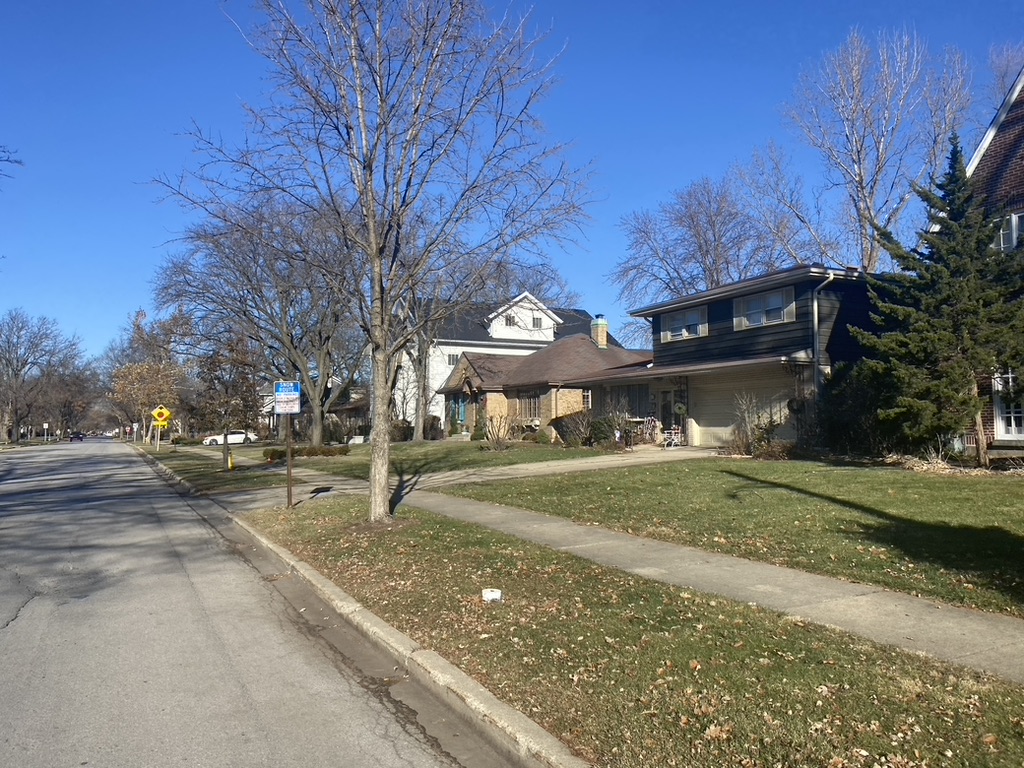 I had to work my way west through some neighborhoods to avoid the busier roads. 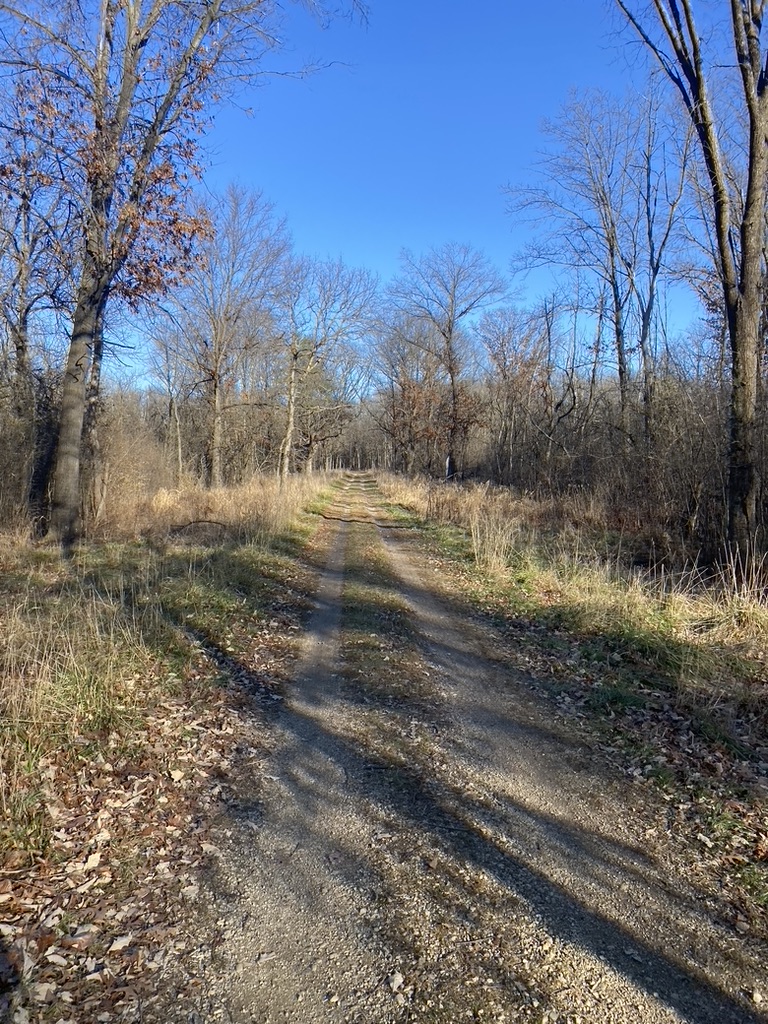 But eventually I got to the Des Plaines River Trail and rode north back to Northbrook.
at 5:00 PM