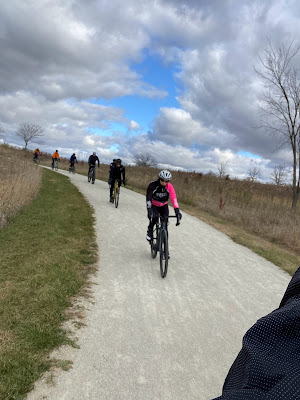 The definition of a gravel ride in and around Chicagoland invariably means riding crushed stone paths. That is what I found when I joined this Meetup in Wheaton, IL called the Adventure Bike Club. If you want to ride real gravel, I am told that you need to head out towards Sugar Grove or head up to Wisconsin. 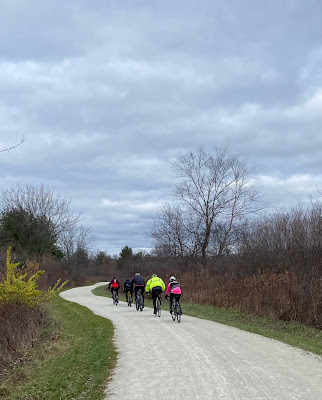 The weather boffins said the sun was supposed to be out in the morning but as you can see that wasn't the case. It was windy and cold. The group consisted of riders varying ability from those that were out for the first time to veteran riders as well a lot variations in equipment. The shop owner and ride leader was on an eBike, and there were a few other eBikes as well. 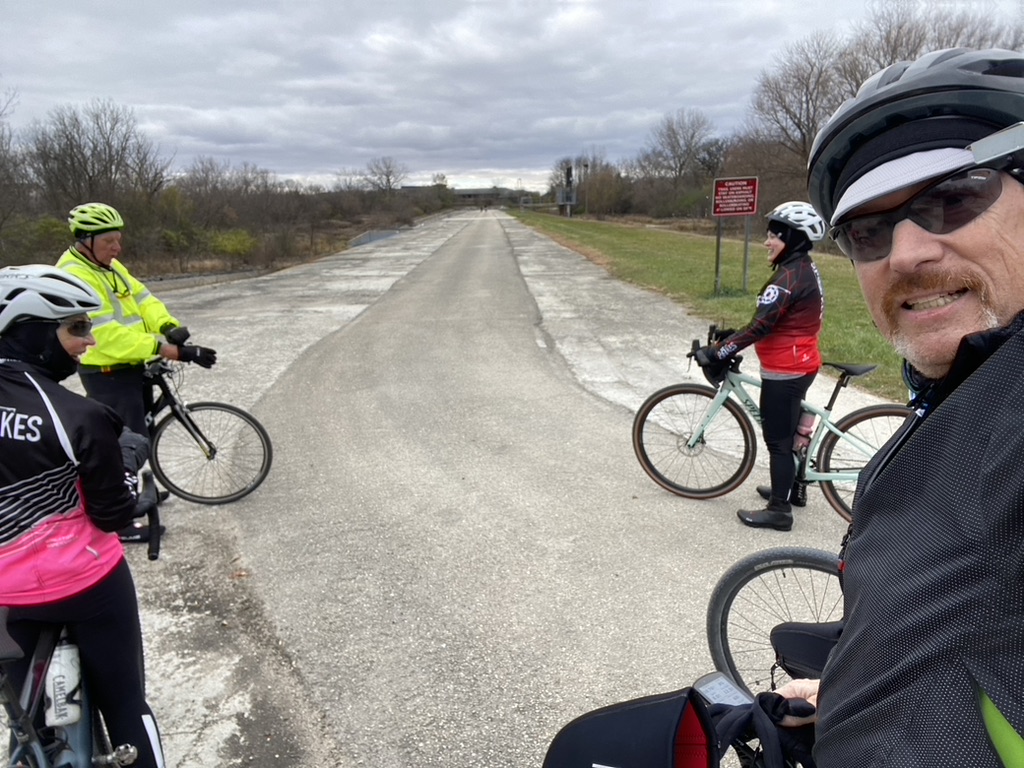 There were no road bikes but quite a few mountain and gravel bikes. One guy was actually on a fat bike, too. At times the group would split and the more adventurous types would ride singletrack while the others would stick to the main route. 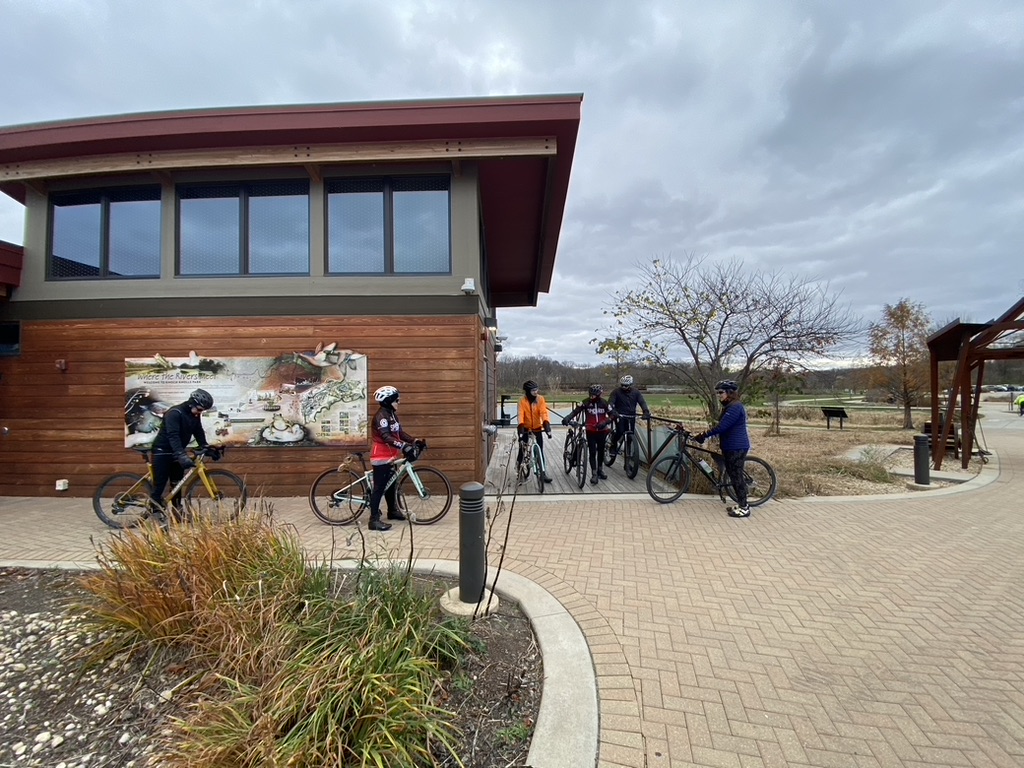 In Naperville we stopped at the Knoch Knolls Nature Center where there was a really nice bathroom. It was also a time to refuel and water, too. 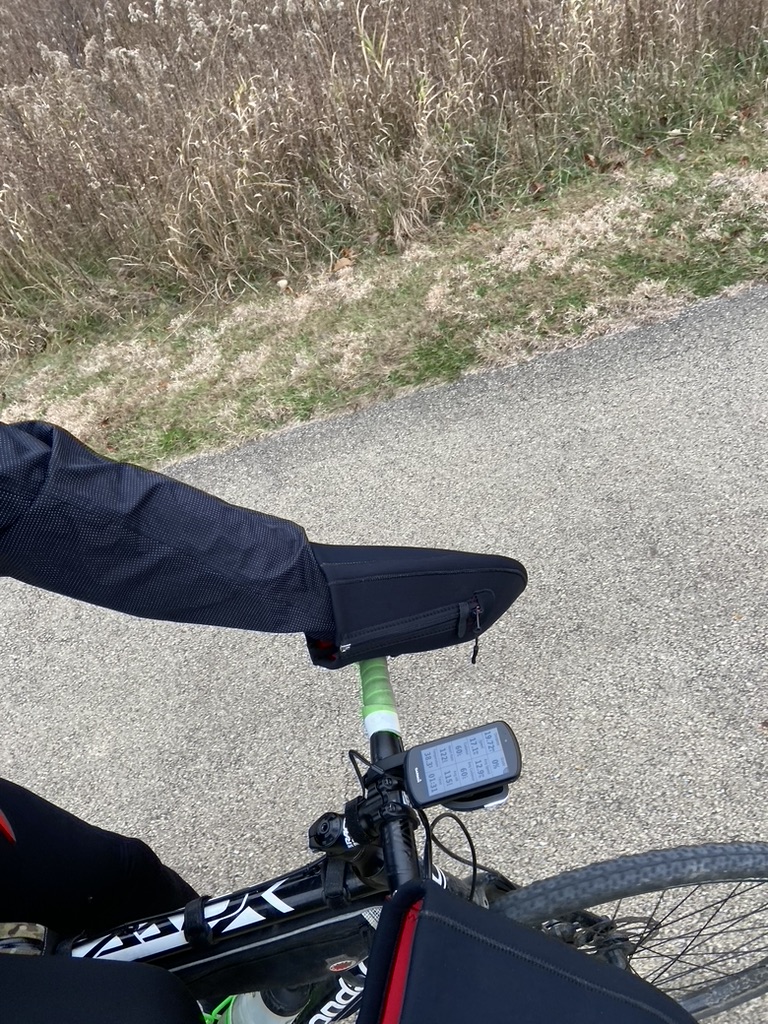 I wore my heated socks and with the bar mitts I was toasty warm the whole time. 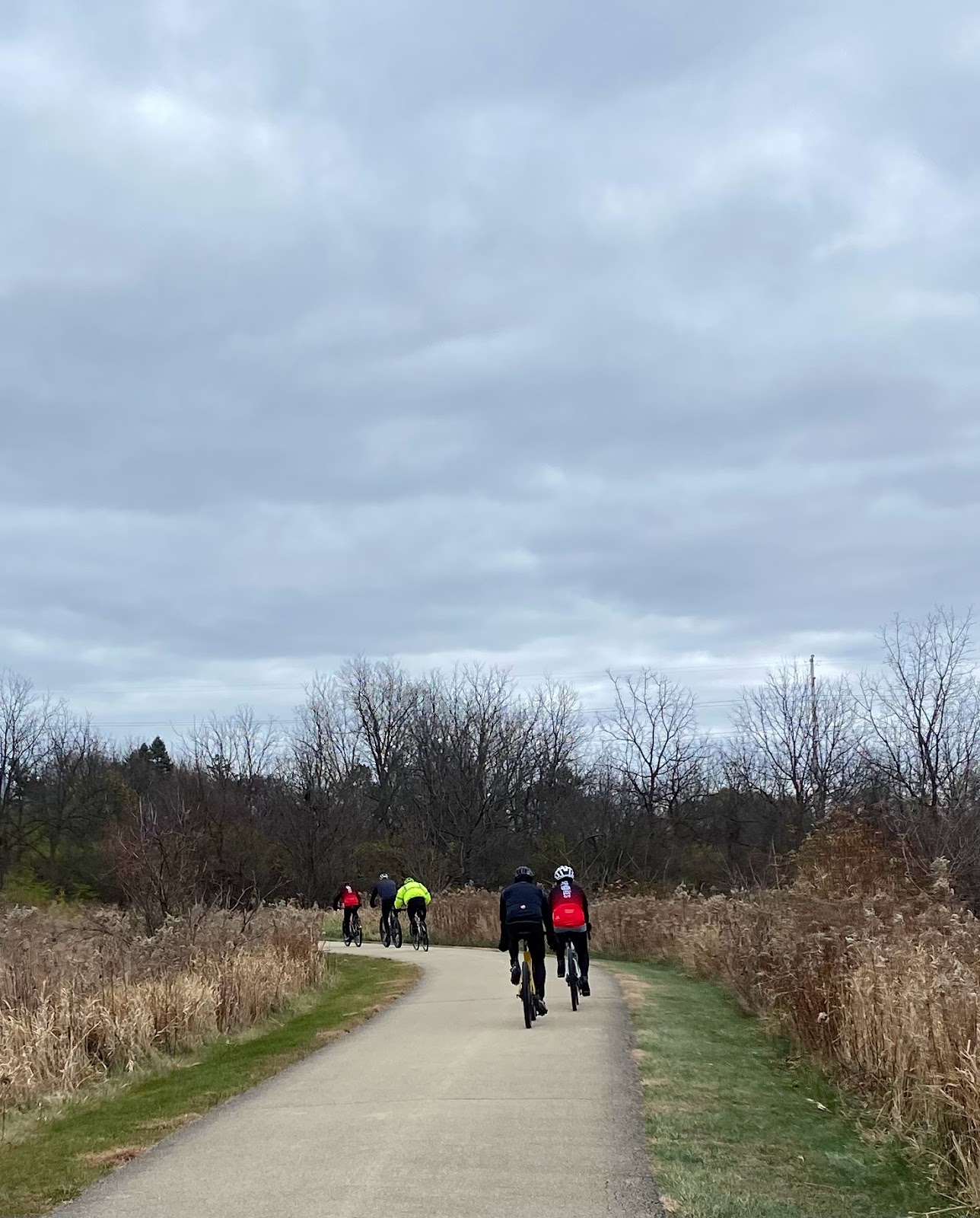 There was quite a bit of paved trail and roads and there was even a climb that a few of the riders were bemoaning. 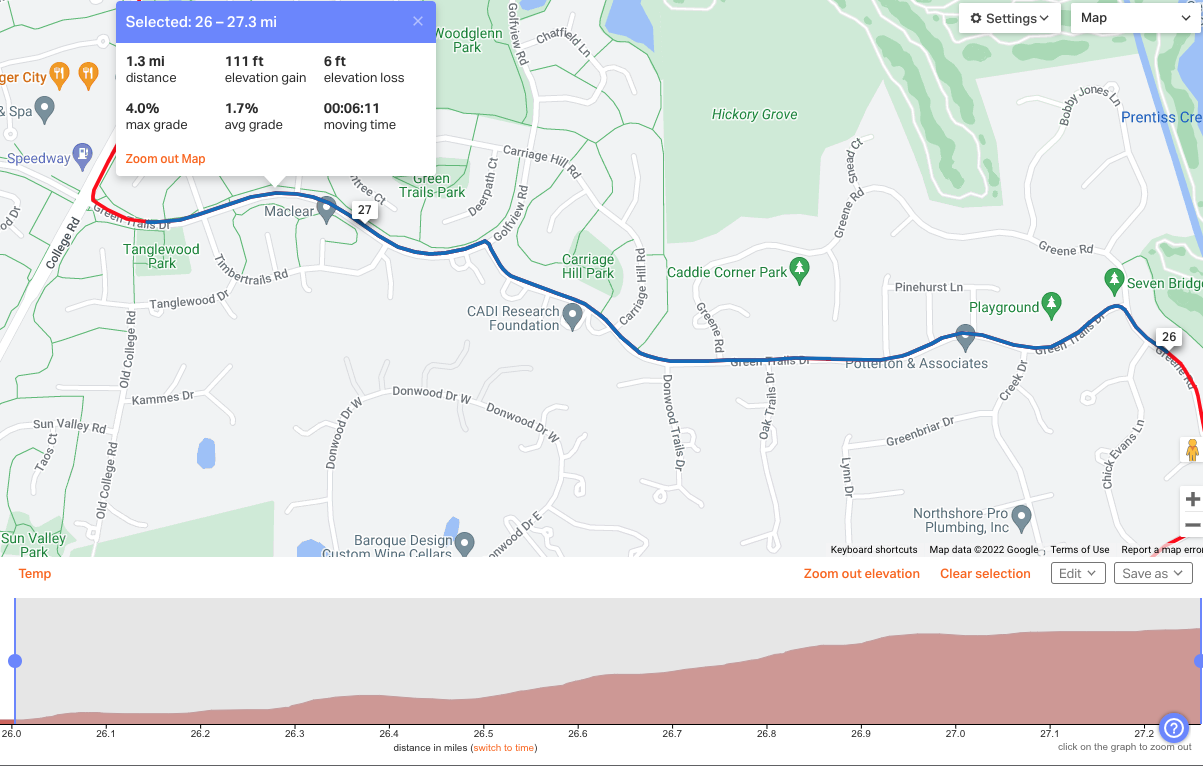 Of course it didn't come up on the Climb Pro so I wouldn't really call it a climb but for these folks it was. 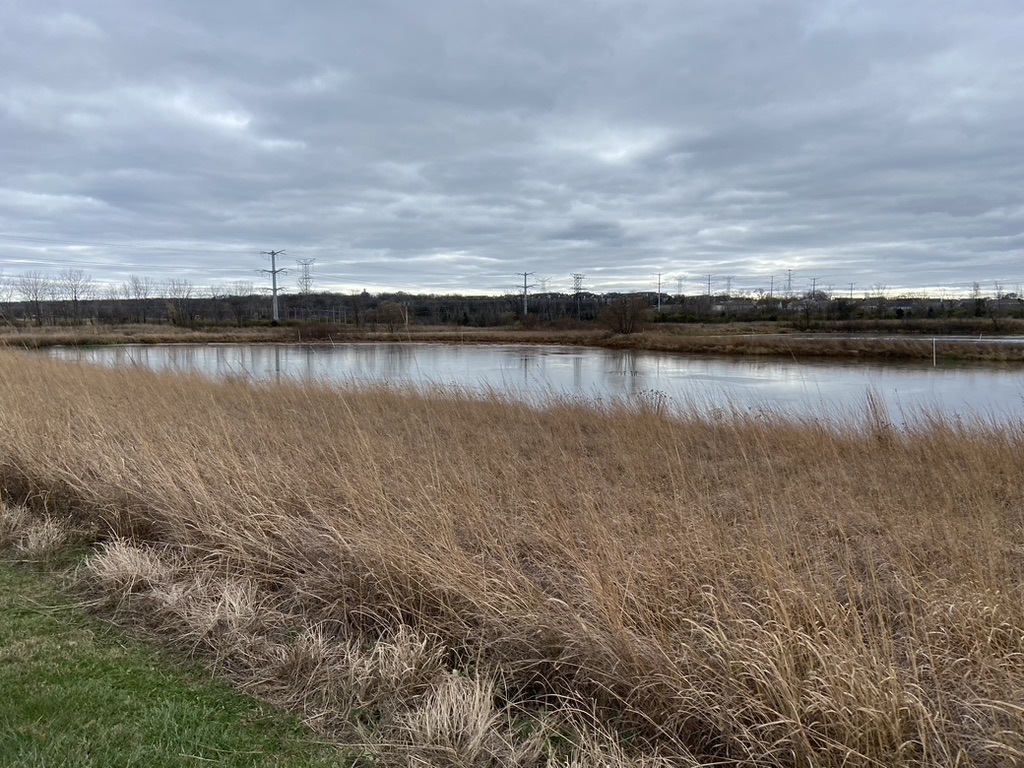 All in all, it was a great ride. I met some new people and rode in a different area.
After the ride a few of us went to Panera for lunch.