A newcomer to the group rode with us for a few miles and then bailed. Not sure if we scared him off or he wasn't willing to commit to a bigger ride that evening he had ridden over from his house so it might have been the latter. We'll see if he joins us again. 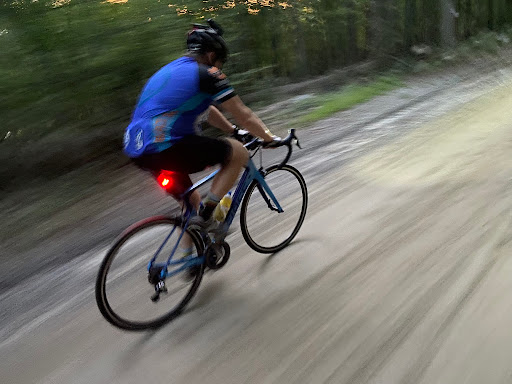 Not intended to be a gravel ride, we did hit First Dirt when leaving New Canaan and crossing into Lewisboro, NY on Silver Spring Road.  It's almost a mile long and dips into a stream gully before climbing out again. It's been on my bucket list for a few years now. 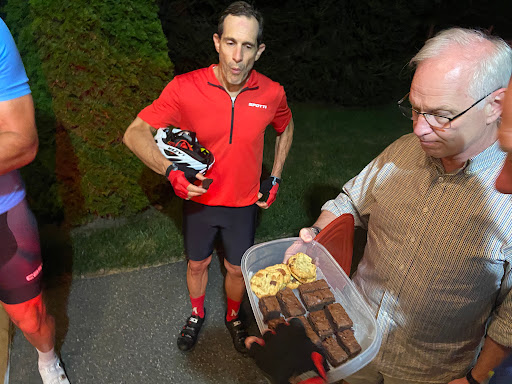 Entering back into Connecticut we rode through the south west section of Ridgefield and then up through the center of town. It was amazing to see how much has changed since I was last there, having lived in Ridgefield 15+ years ago. 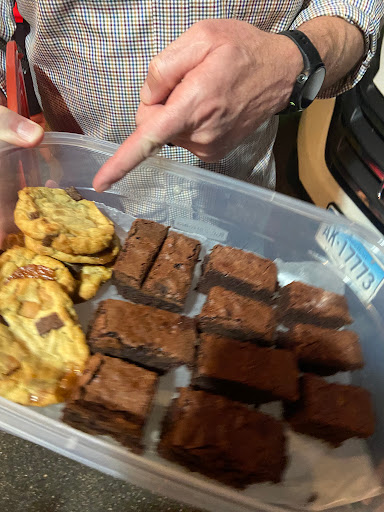 We went off course to stop at Pete's Mom's house for snacks. Apparently, this was a habit of Mat O's when ever he visited Pete at his house, he would raid their snack cabinet. 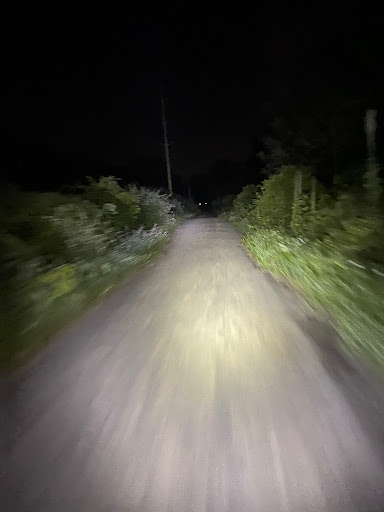 Leaving Pete's Mom's house we continued down the road to the Ridgefield Rail Trail. The combination of stopping for a bit and then the descent down the trail made for a chilly ride at that point. 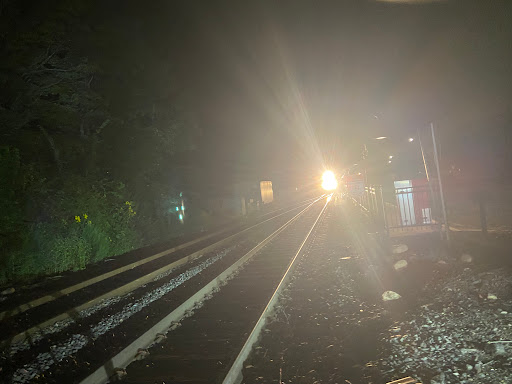 We arrived at the Branchville MetroNorth stop just as the 8:30 train to Danbury was pulling in. 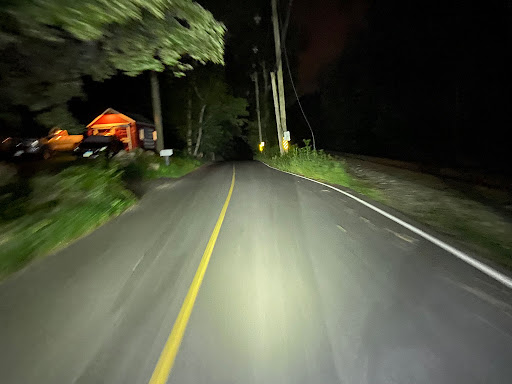 From Branchville we rode into Georgetown and then worked our way back to Wilton via Mather Street and Old Mill. 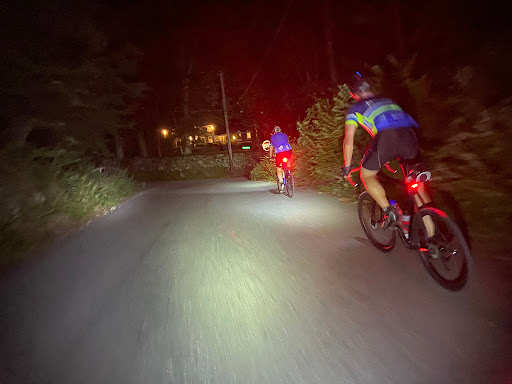 The last climb of the ride, there were 5 altogether, was up Honey Hill and it felt good to be climbing again because we were getting cold. 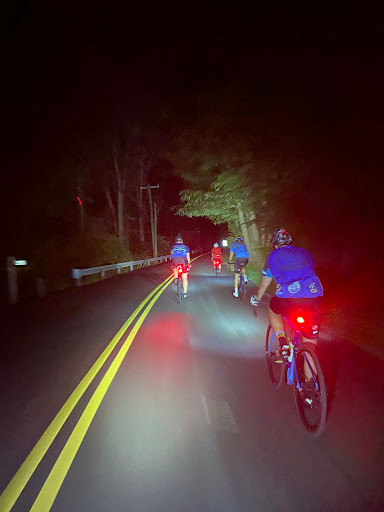 I brought an extra light with me this evening and it made a big difference. 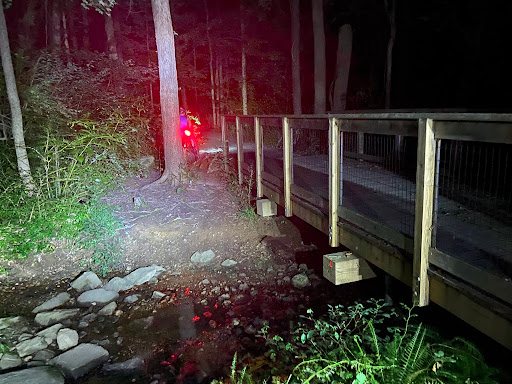 Working our way past Cannondale we headed up Skunk Lane where the Norwalk Valley River Trail terminated. I don't understand why the builders ended the trail with a bridge with no exit at this point so the path to get on the trail was a little sketchy. 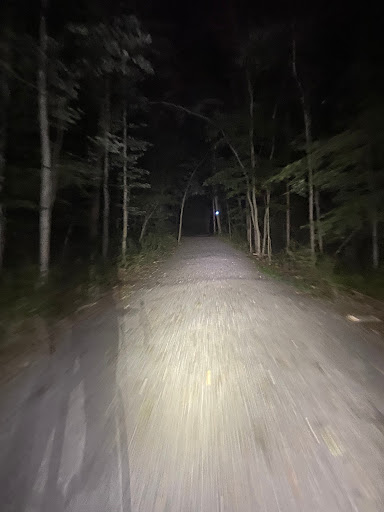 Once on the trail it was a wild ride back down to the commuter lot. There were some sharp turns that were a little scary considering you are moving fast and it's dark out. Thankfully, we all stayed on the trail and got back without any issues. Another great night ride and a good conclusion to the month of August.
at 10:00 PM