Leaving on (another) Jet Plane ...

A cousin of mine from Chicago reached out to me in June wanting to know if I was coming to Chicago for a family reunion and I had no clue that it was happening I immediately called my Aunt and she told me what was going on and that I welcomed to stay with her. I was inadvertently left out of the planning because the thought was that I wouldn't be able to bring my family due to the cost of air travel and some other issues. As it turns out, the weekend of the event was the same time my wife would be taking the boys and her sister to Maine for a long weekend. 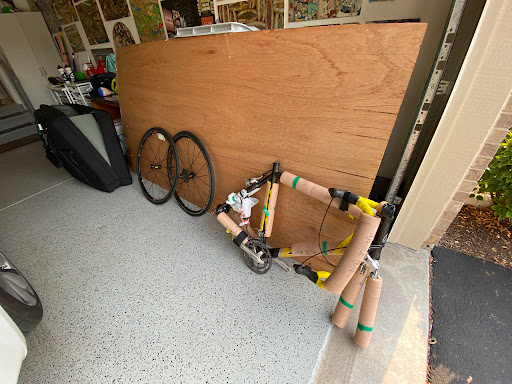 Turns out that it was more economical for me to come out for a week then it was to come out for the weekend so I booked my flights for Wednesday and returning Tuesday.  I borrowed a bike bag from a former Newtown Lunartic who moved to New Jersey and the Sunday before I was supposed to leave, took the Jamis apart and put it in the bag.  It was so light, both the bag and the bike together that I was able to get a bunch of other things in the bag as well. I am getting one these bags. 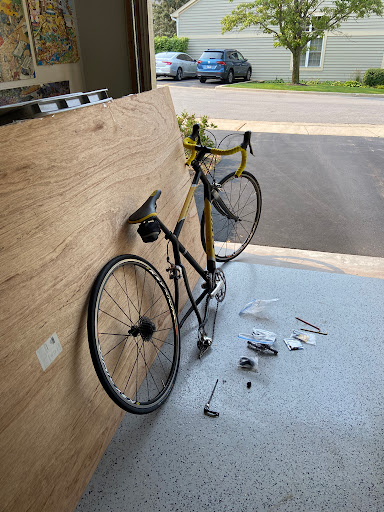 When I got to Chicago, it took me 30 minutes to put the bike back together 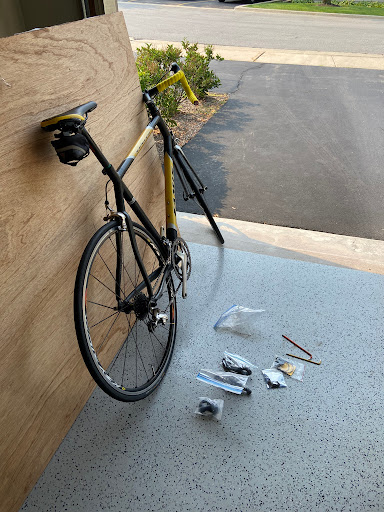 Only to discover that my rear derailleur hanger was bent. I don't think it was a result of transit, rather my own stupidity because I didn't have the frame held securely in the stand and it fell out while I was taking the handlebars off and must have hit the hanger when it landed. 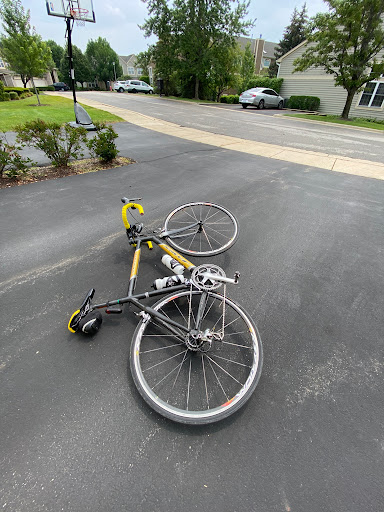 I called a nearby bike shop to see if they could fix my issue in a day and the first one I spoke to, Deerfield Cyclery said they could promise to have it ready by 5 so I went with them. When I dropped it off they said they couldn't promise any sooner but they would try.
at 12:00 PM