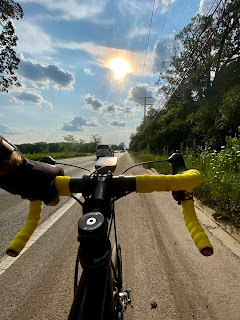 Had to work today and since Chicago is an hour behind New York and I couldn't get up early enough this morning to beat the heat so I had to settle for a ride after work.  It didn't look like there was smoke haze today but the afternoon sun had a unique quality about it that you don't find on the East Coast. 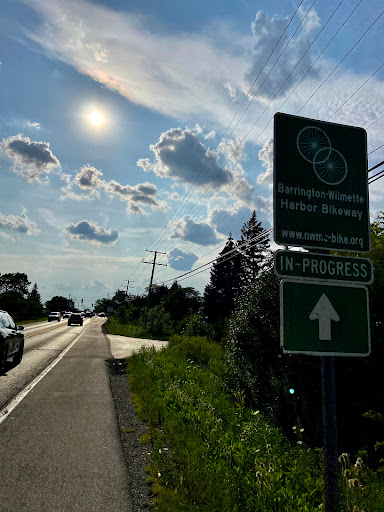 Today's route had me headed towards Barrington on yet another bike way, in this case just the shoulder of the road but then I found the actual path. These bike paths aren't the best for the style of riding that I am accustomed to. 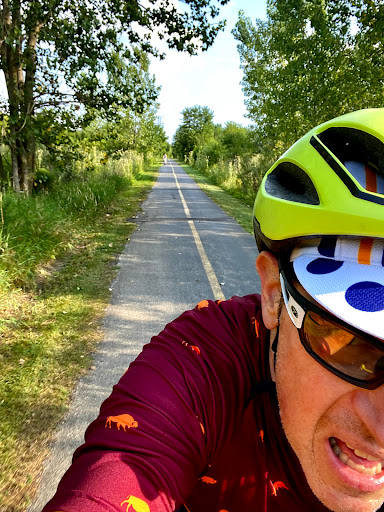 The bike paths have been around awhile and they can be a little rough. This one had breaks in the pavement, every 30 or 40 feet. They are not very straight and at times pretty congested. I would rather ride the roads but then you have deal with stop lights. You can't win out here. 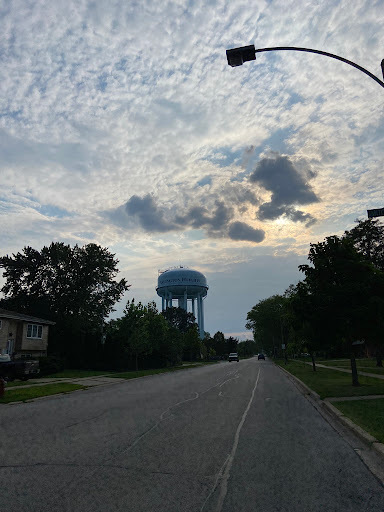 My turn around point was in Arlington Heights but it didn't seem to loom over anything unless I missed the hillier part of the town. This road that I was on, East Thomas Street, was my way around Palatine Road, which is essentially a 10 lane highway that goes from Palatine to Northfield. However, after the first mile the road was closed due to construction so I had to find a way around it. 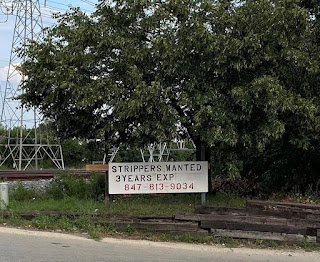 On the way back to my Aunt's house I came across this sign that happened to be next to a defunct stip club. Didn't seem to me like the right place to looking for strippers in an industrialized area. 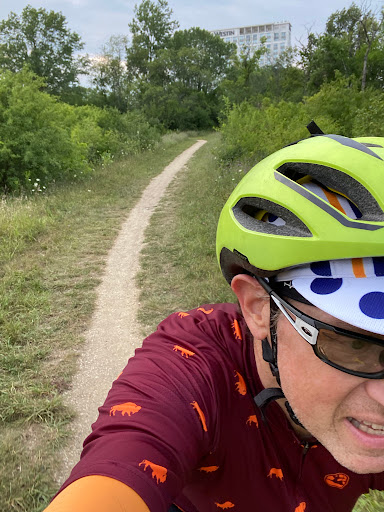 To avoid the busy roads I took this trail connector to the Des Plaines River Trail, which is a 31 mile greenway. I was cringing that I was riding yet another gravel path but the 25c tires on the Jamis handled the terrain nicely. 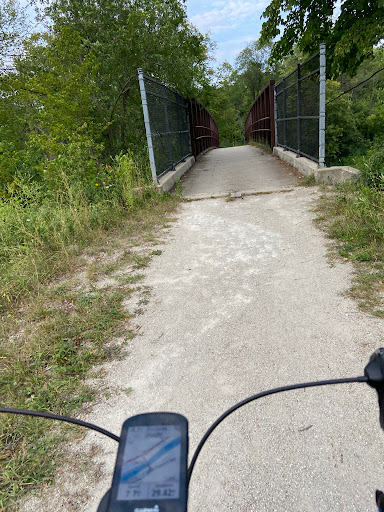 The open source map said the trail started behind this hotel on the west side of the river but I never found it. Instead, I found a trail at the south end of the complex that eventually led me to this bridge. 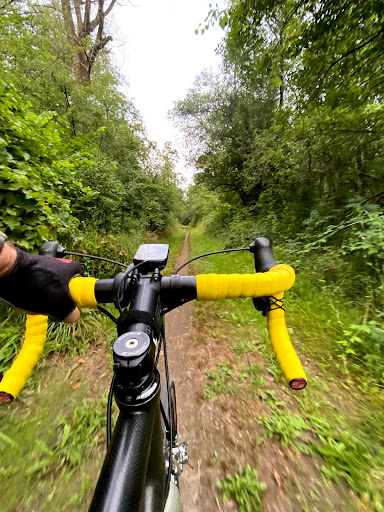 The third and last trail popped out onto Port Wine Road and I road a little bit of Lake Cook Road, one of the roads like Palatine Road, only not as huge but still busy, back to her neighborhood.
at 7:00 PM