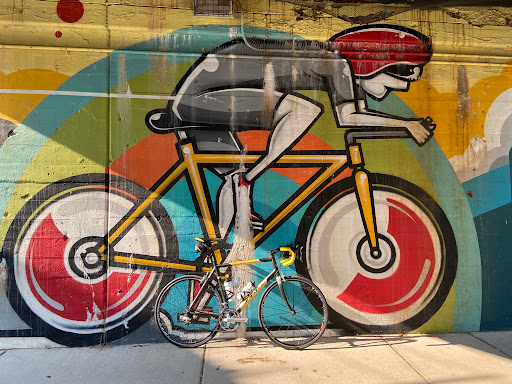 Over the river and through the woods, to Grandmother's house we go! My original plan for my first day in the Chicago area was to ride my grandmother's old house in the Rogers Park section of Chicago but after the little maintenance issue I needed to tweak my route a bit. My grandmother's house is a place of many memories and having never lived in Chicago and only visited for 40 years I always considered it my second home. 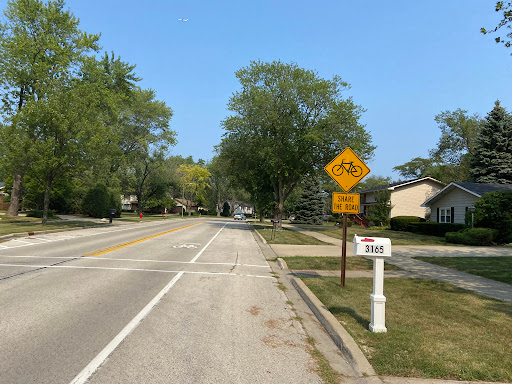 The guys on the Facebook Group had given me some routes that a cycling club from Evanston uses and since my Grandmother's old house was right near Evanston I got some ideas on how to find a route to get there.  Someone also mentioned a bunch of roads to ride because they were either bike routes or had wide shoulders. Incorporating all that into my route I headed off. 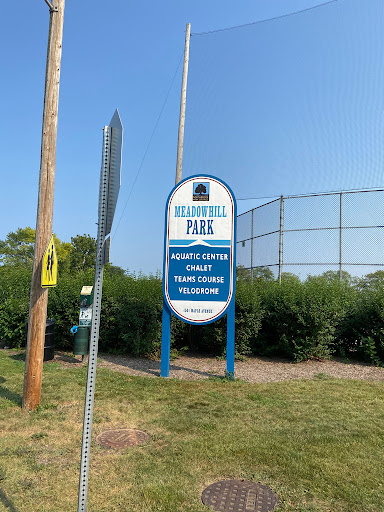 My route took me past Meadow Hill Park in southern Northbrook and I recalled someone mentioned a Velodrome was in Northbrook and there it was, so of course I had to check it out. I have always wanted to ride on one but the closest one to me is in Queens.

I couldn't believe there was no one of the track! I expected to see people riding fixed gears with aero helmets and full body kits zooming around the track but it was empty. 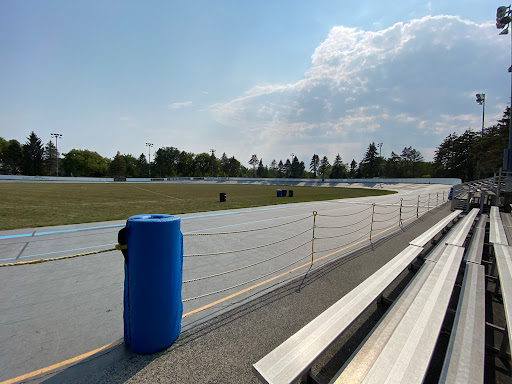 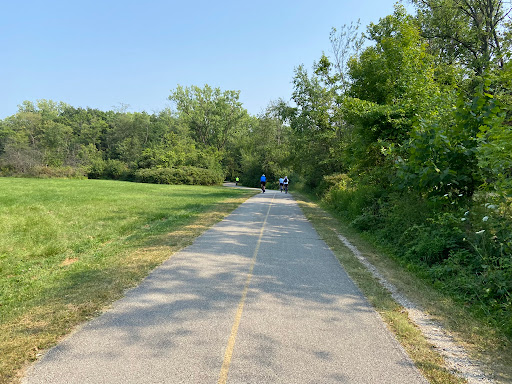 Riding in real suburbs is challenging. Having to contend with traffic lights on the secondary roads was problematic because if I didn't time it right I would be waiting for the light to go green so I found myself sprinting to the intersections hoping that the light was stay green long enough for me to get through. 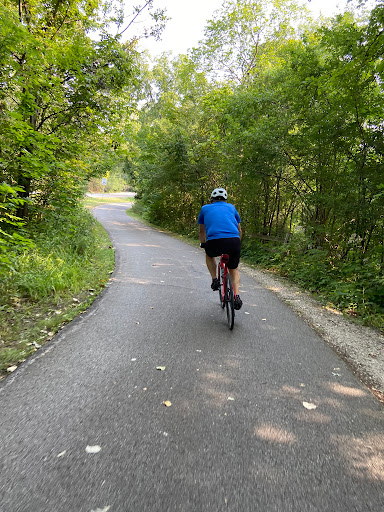 However, there are many greenways that follow the various streams that dump out into the Chicago River and I used them in my route. Not a big fan of these, especially during this time of day because there are usually a lot of people out walking or other cyclists that are just slowly riding along. 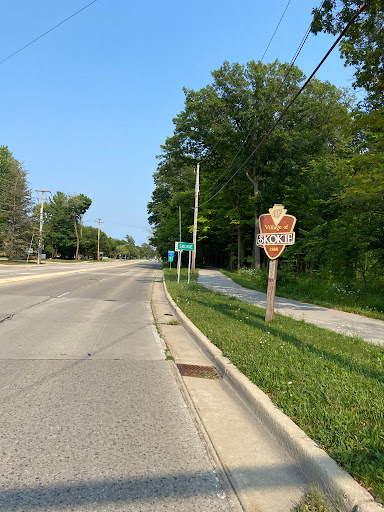 Entering Skokie also brought back memories because my Grandmother's sister lived here and she had sons around my age that I used to hang out with. 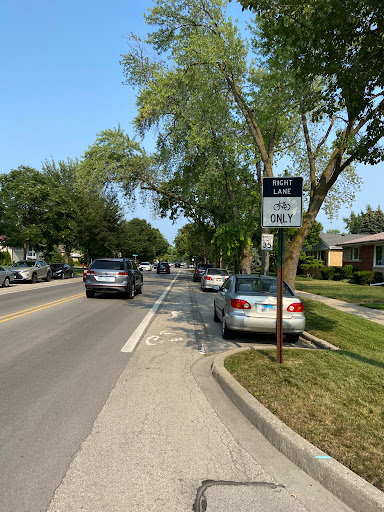 Also in Skokie is where I found my first dedicated bike lane. Now I had to watch out for people opening car doors in front of me. 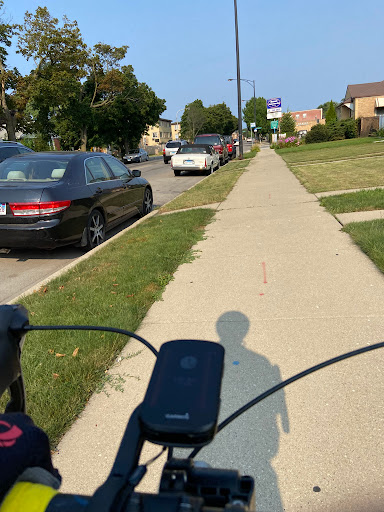 The bike lanes were also on sidewalks, too, but I quickly got off this one and headed through some neighborhoods to arrive at my Grandmother's old street. 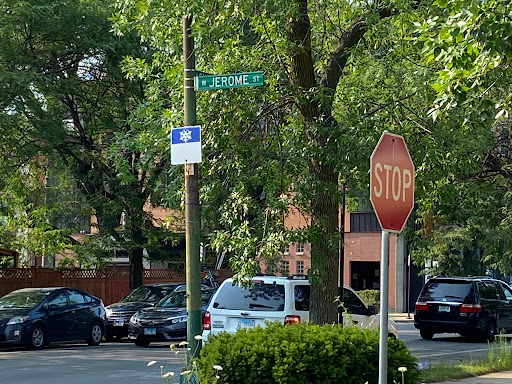 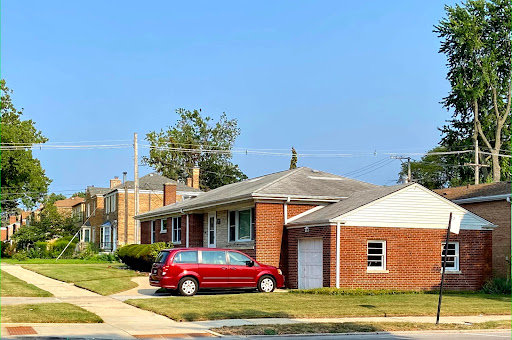 My father and all his siblings grew up here. I lived here for a summer when I was two years old when my father finished graduate school and he and my mother went to Europe on their honeymoon. Every summer since then, I was shipped off to visit Grandma and Gumpa for a month.  This place brings back so many memories. 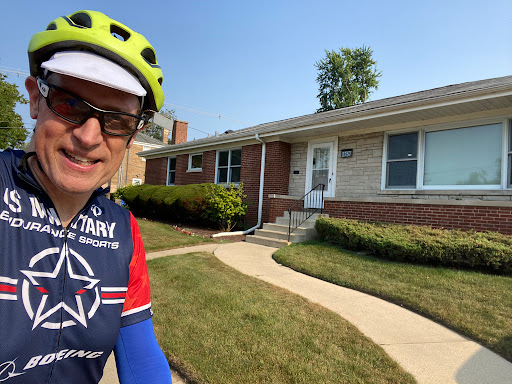 When my Grandmother moved into a nursing home my Aunts and Uncles donated the house to the Jewish United Fund that is used for temporary housing. It's nice to know that this house is helping people get a fresh start and rebuilding their lives so that they can go on to creating happy memories again. 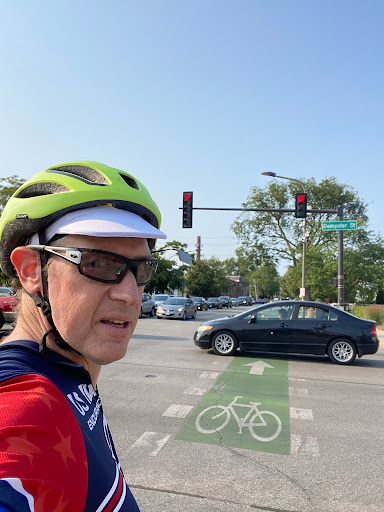 Leaving my Grandmother's house I rode north into Evanston on some more, well defined bike lanes but those traffic lights in the intersections were really starting to wear on my nerves. 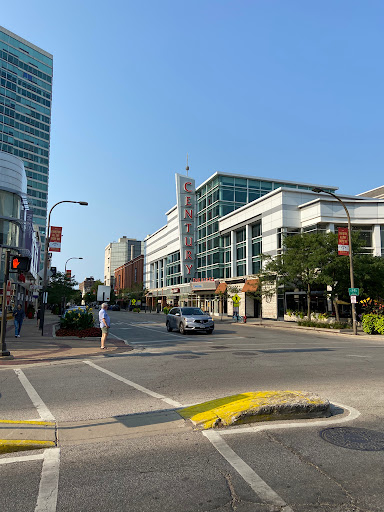 I was amazed to learn that there was a downtown Evanston and that it was actually a city. I had been coming to Chicago, and my Grandmother's house for 40 years and visited downtown Chicago a few times but my view of the city and the surrounding suburbs was limited to Skokie, Northbrook, and Highland Park, which is where all my relatives lived. I had no clue of anything else around and it was amazing to see this for the first time. 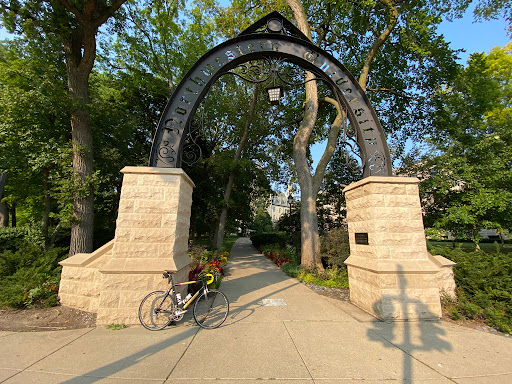 I knew Northwestern University was in Evanston but had no clue as to where it actually was.  I found it on my ride back to Northbrook. My Great Grandmother, on my mother's side of the family graduated from Northwestern back in the late 1800s or early 1900s. 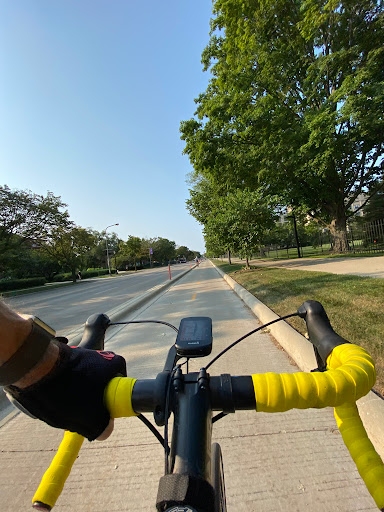 One of the recommendations from the Facebook group was to ride Sheridan Road and it had a dedicated bike lane on it which made riding this busy road a lot more comforting. 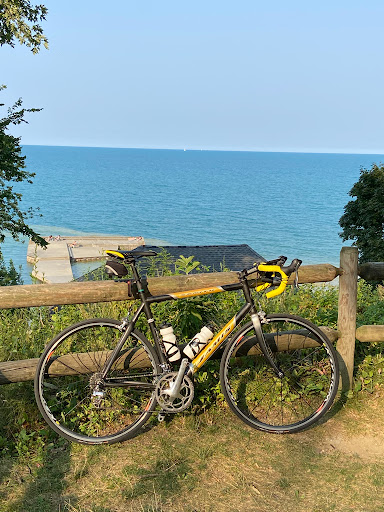 I found a nice spot to get a view of Lake Michigan and then I continued north again. Leaving this park I was passed by these two cyclists, probably 30 years younger than me and were hammering. Once was kitted out and had a blingy bike with Di2 and the other wasn't so and must have been working out with this buddy. I tried to catch up with them and did and rode their wheel for a couple of miles hitting speeds up to 25 miles an hour. 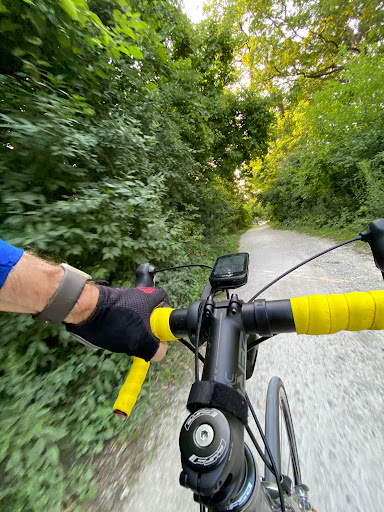 Then I was in the Ravinia section of Highland Park and riding towards my Aunt and Uncle's house. I wasn't prepared for gravel but had no choice and just went for it. There was going to be a lot of that on this trip. I quickly got off the gravel path and rode parallel to it and then I came to my relative's house. 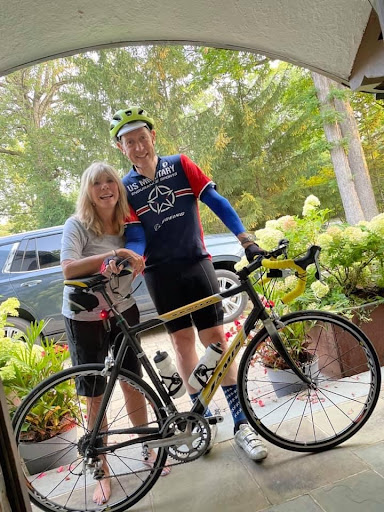 I knocked on the door and this little girl opened it up. She turned out to be my first cousin, once removed. Of course we had never met before and probably thought I was strange all kitted out. I asked her if her grandfather was around. She said no but her Grandmother was and called for her. It was strange hearing her refer to my Aunt as her Grandmother. I was the ring boy at my Aunt's wedding and she holds some special affection to me me because of that.  My cousin, who told me about the family reunion was also there and we had some time to bond and catch up. 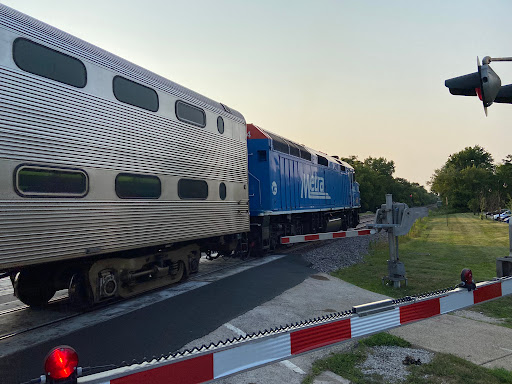 My Aunt told me here her husband was having dinner with his daughter's family, my first cousin, in Highland Park and that I could probably see them because they were dining outside. I stopped by and chatted with them for a bit until my Aunt texted me and asked where I was and she was getting hungry and wanted to know when I would be back. I told her I was seven miles away and that I would be back in 30 minutes but even I was surprised that I got back in 15!  Never left the big ring and hammered like hell to get there.