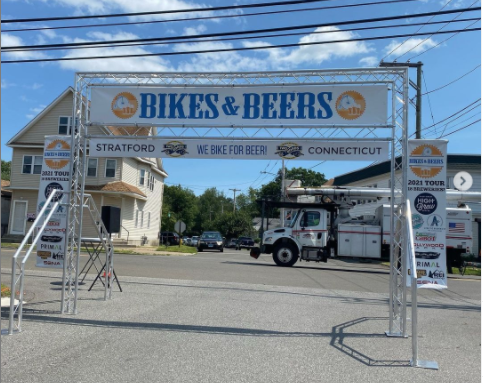 This event popped up in one of my social feeds last month and I knew I had to be there. I even created a team for our self proclaimed riding club and surprisingly almost everyone joined up. We had Gavin, Mike, Marshal, Andy (honorary member and Gavin's future son-in-law) and myself. Having it at Two Roads was great because they have such a variety of beer but the only thing I didn't like was the course because to get to 45 miles you had to do another lap of the top most section of the course. 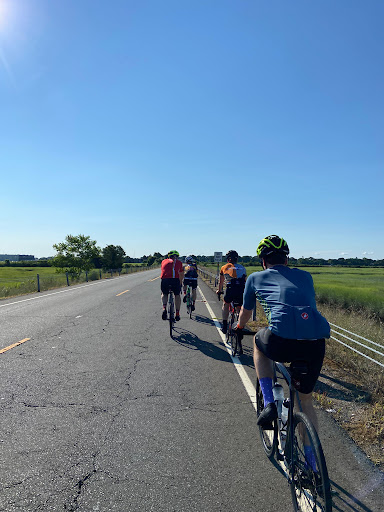 We went out with the first group and the first part of the course was wonderful because it went down by Long Island.

Today's weather was stellar. Leaving my house it was 51 degrees but in Stratford, with the sun shining brightly it was already 65. 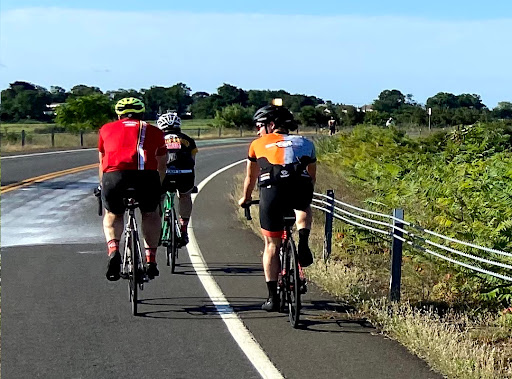 Marshall, was also riding his new Cannondale Synapse, too. And speaking of bikes, I was riding my new (to me) Jamis Xenith Pro with road gears, which was perfect for riding along the coast and it's pretty good in the hills, too, just harder to climb. 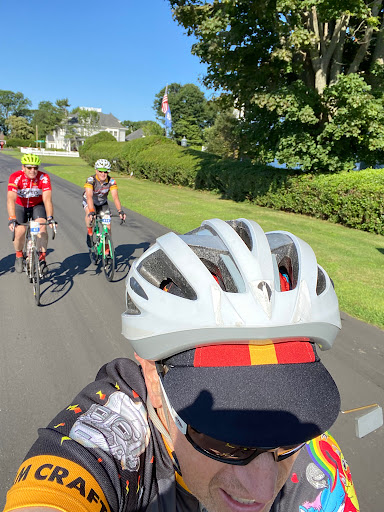 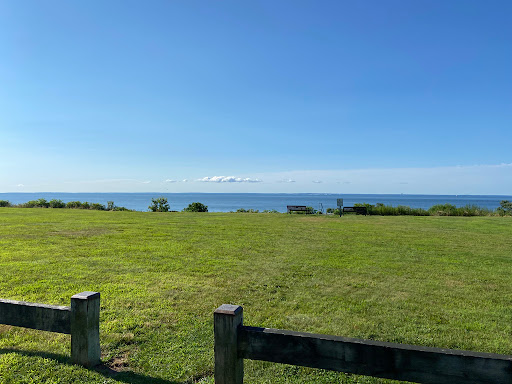 Perfect day for a bike ride 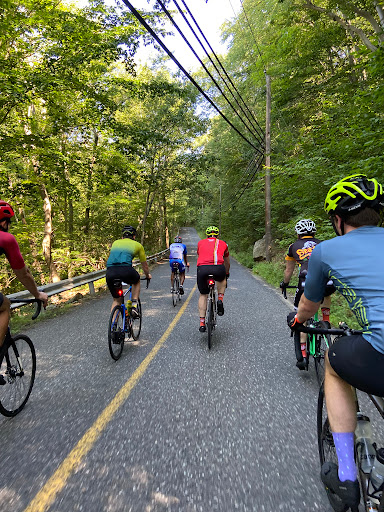 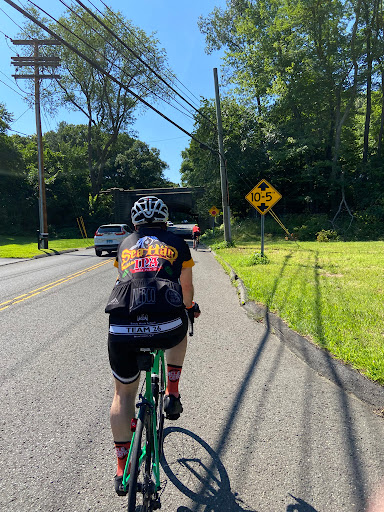 Despite the second lap the other misgiving about the route was it also used a few busy roads. Given the area its hard to avoid busy roads, especially if want to co-locate your restop for the different courses, which is what they did.  What they should have done is just have the longer course stretch into Monroe. 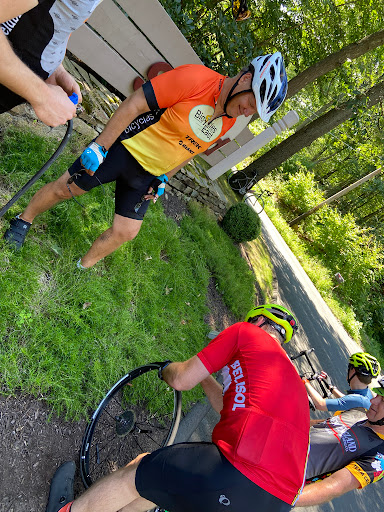 How many cyclists passed this guy and didn't ask if he was OK?  Quite a few if you ask me. C'mon, this isn't a race - if you see a brother/sister down you stop and help him/her. 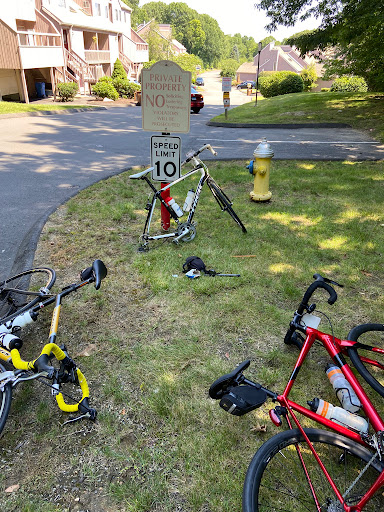 Never got the guy's name, but he was from Glastonbury and he had a broken finger and couldn't change his tube. Can't blame him really because the bead on that tire was damn near impossible to get off the rim. 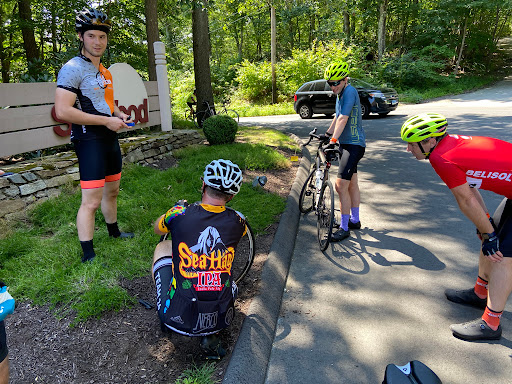 It took all of us to do it but we got him rolling again and as I was in line for beer I saw him rolling in. 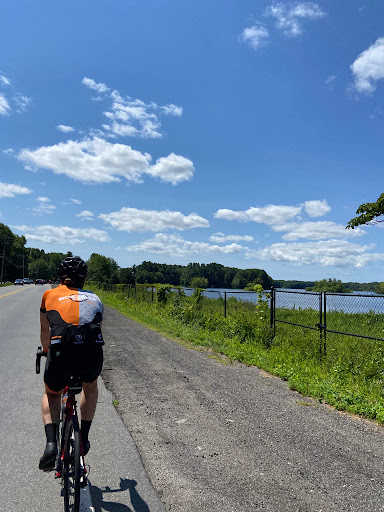 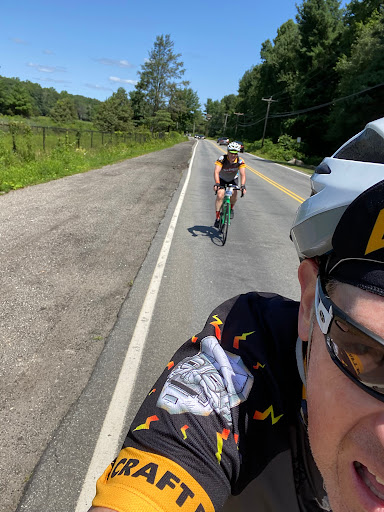 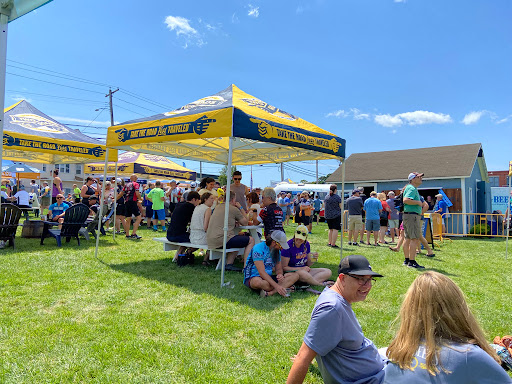 At the finish the party was hopping! There were food trucks, free snacks, cheese, soft drinks, as well as everyone got two beer tickets and free pint glass. We all bought jerseys and caps, too.  It was crazy, people were giving us beer tickets, too! 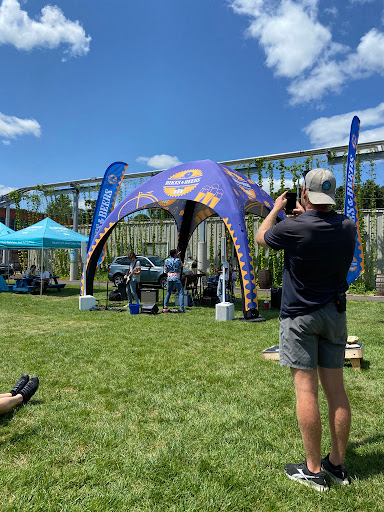 The band was called the Dilemma and for a bunch of Twenty Somethings they totally rocked. 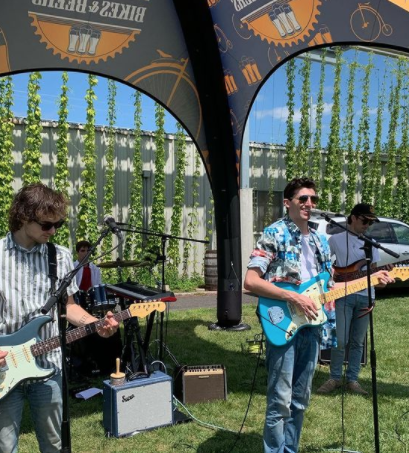 We got them to play Whole Lotta Love by Led Zeppelin and their rendition of the song was outstanding!