I need 5 dollar to make u holla! 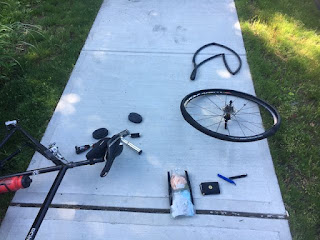 Riding down to the Shack (aka the Burrito Shack, favored Newtown Lunartics meeting location when riding south) I noticed that my rear wheel felt squishy so I pulled off the road and sure enough it was going flat. That snap that I had heard earlier while riding up Hanover Road turned out to be my tube. I have a sidewall tear/hole that I thought I had fixed with a patch but the tube must have pushed out regardless. 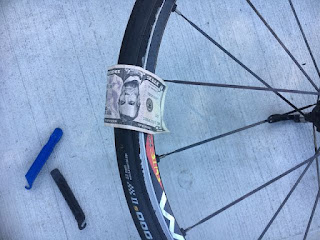 I had two fives and a twenty on me, so it was Abe Lincoln to the rescue! 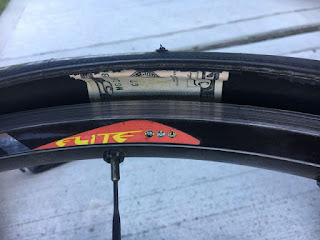 The repair held for the entire ride and then some but looking at the wear holes on the tire, it's life was over. My last pair of Continental 4000SIIs I got 3.4K miles out of and these bit the dust after 1.4K miles! What a letdown! 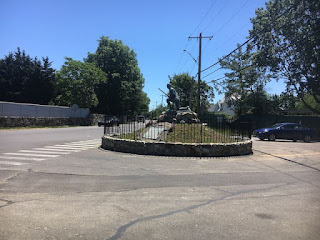 I met up with Gavin and Mike, who rode from his new place in Gaylordsville, to ride with us. He planned to have his wife pick him up at the end of the ride, and we rode down to Compo Beach. 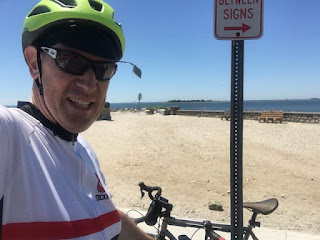 Awesome day for the beach! 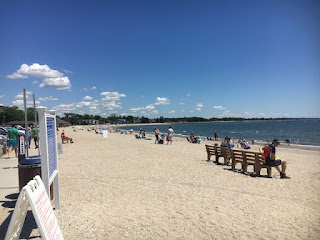 Social distancing was in effect. It looked like Mike was trying to get this girl's number but couldn't get close enough because of SD rules. 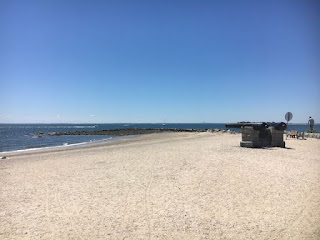 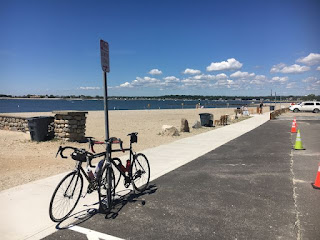 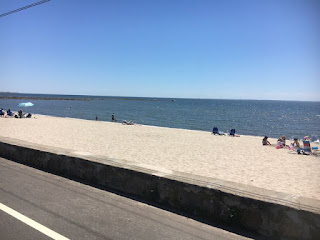 It seems the folks in Westport know how to get SD done at the beach. Unfortunately the rest of the country can't seem to get it right. 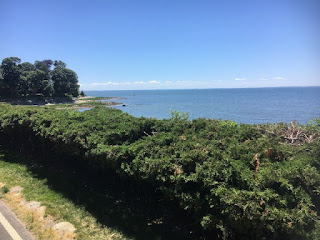 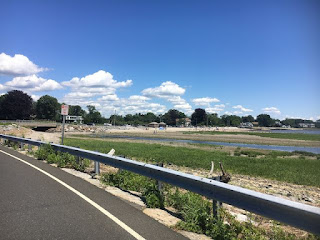 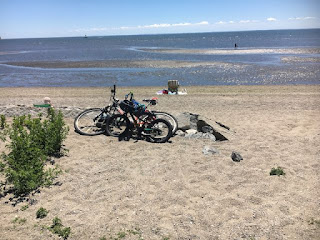 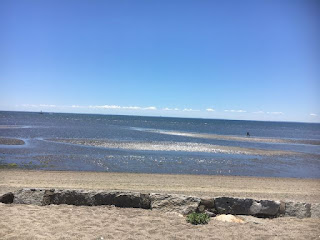 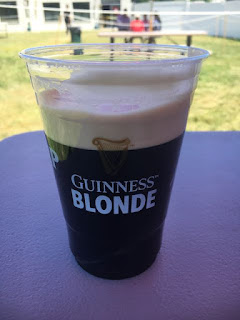 and of course a Guiness Stout 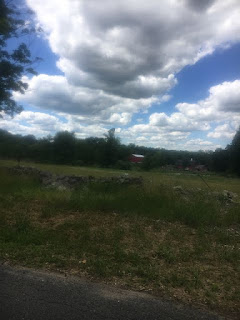 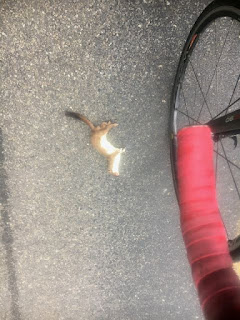 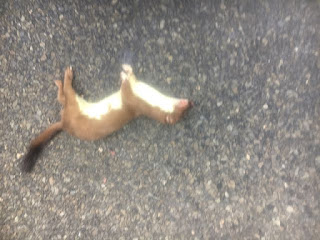 Turns out it was a weasel 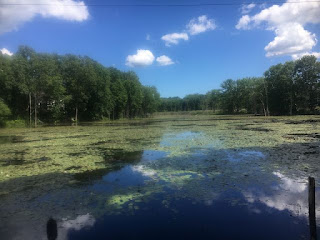 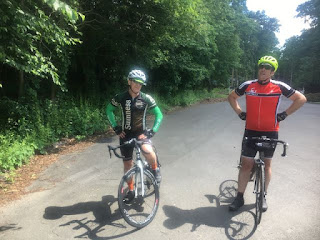 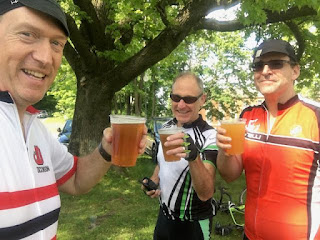 and then over to NewSylum where we picked up Scott