We decided to have a socially distant family get together this Father's Day at our house this year. This is actually the first time I have been around for Father's day because I am usually fishing in Canada this week. However, since our country's leadership has been unable to effectively contain the COVID virus, Canada is keeping its borders with the US for the foreseeable future. So the plan was that Will and his family would drive down from Spencertown and we would meet in Gaylordsville, where I would ride up there to meet him and then we would ride dirt roads back to my house.

I took the CAADx for this ride because I was in the process of replacing my cassette and chain on the Sex Machine. There would be only one other dirt road on the route up, River Road in New Milford. I tried to keep the route as flat as possible because I didn't want to be slowed down climbing a lot of hills. 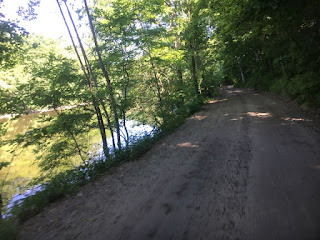 River Road in New Milford is truly a joy to ride with exceptional views of the Housatonic River and a roller coaster dirt road. 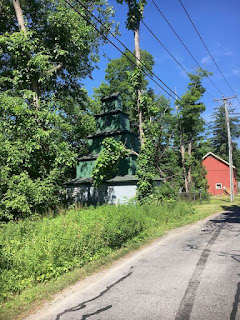 As you roll into Gaylordsville the unmistakeable spite house is on your left. There's a Danbury NewsTime article that talks about how it came to be, Sad story behind cake-box structure in Gaylordsville, but the short version is (if you don't want to wait for all the Ads to load) that the guy living across the street fostered a teenager from Danbury, who then got pregnant and had a baby but no one knew who the father was and rumor mill pointed to the man fostering the child. The State of Connecticut took custody of the baby but no charges were every filed. One thing to note, the Cake House is now green and no longer pink. 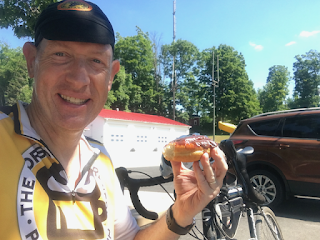 With time to kill I stopped at the Gaylordsville Country Store and bought a Boston Cream donut. Worst donut ever. I had gotten there kind of early, hoping that a friend that lives in the area would like to meet for coffee but he declined.  I got a text from Will saying they were leaving shortly. Spencertown to Gaylordsville is about an hour twenty minute drive.  I probably should have went for a little ride but instead I found a nice shady spot on Rt 7 where we were supposed to meet and took a nap on a Jersey Bumper. 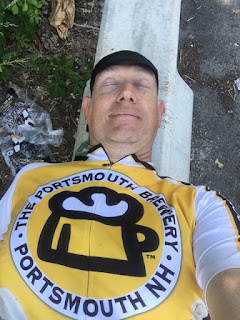 I wasn't able to sleep very long due to all the cars and exceptionally loud motorcycles but it was pretty relaxing. I even met with Steve Levine from the Bicycle Center, who happens to live nearby. Will finally showed up, an hour later than we had planned and we headed off on the route back to my house which would include a few more dirt roads. 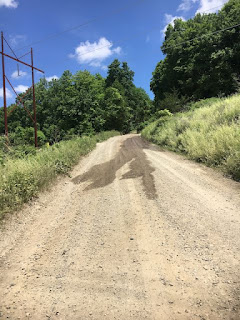 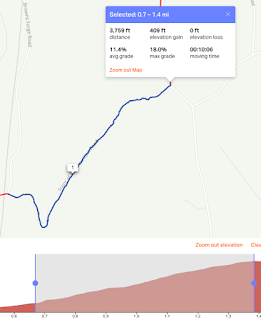 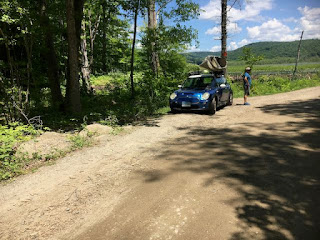 From Long Mountain you turn north on Mudd Pond Rd 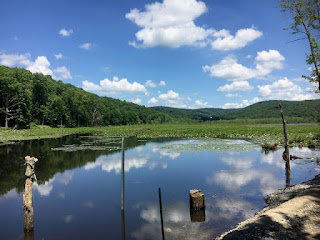 Which opens up to this beautiful pond 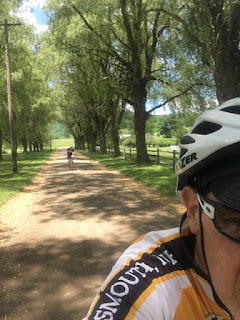 From the pond we climbed up Camp Flats and then headed south on Mine Road and then becomes North Road. A fast dirt road descent with a little climb in the middle and then a nice, flat, dirty rollout. 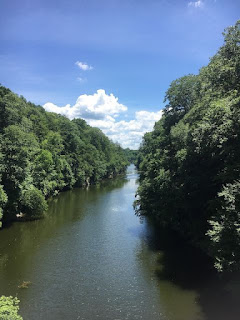 While it was becoming increasingly hot, there wasn't any humidity to speak of so it was really nice riding weather. 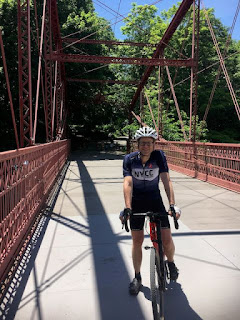 And what better way to end a great ride is with beer! 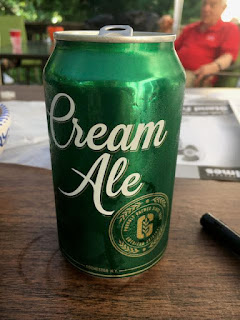