I drove over to Cheshire after work on Wednesday to buy a used single speed mountain bike frame that I wanted to build up with all the extra parts that I have laying around. I planned out a route before hand that I wanted to ride afterwards that included a new section of the Farmington Canal Trail, Mountain Road in Cheshire and the ridge that the ski area Mount Southington is on. 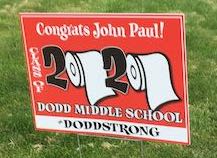 Given all the hoarding that initially took place with the Pandemic I found it amusing to see someone making fun of the situation with a congratulatory lawn sign for someone moving up in the world. This will also go down in history as a lost year for graduations, too. 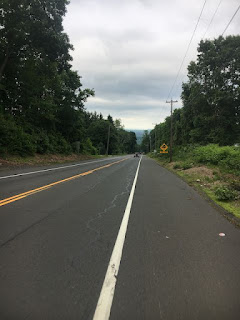 Starting from the entrance to Costco, in Waterbury, I climbed 200 ft up the back of the ridge towards Southington and then descended Meridan Road and that was scary. I hit 45 mph on that descent. 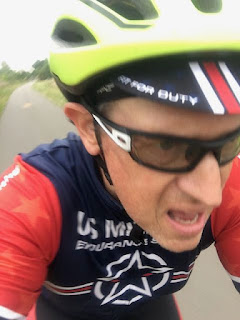 I rode over to Plantsville and picked up the trail, heading south. 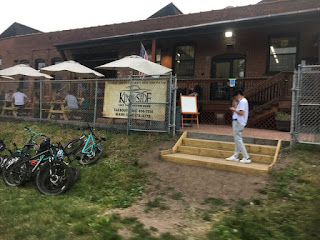 I should have done a better recon of the area because I came across the Kinsmen Brewery. I have always  wondered where it was in relation to the rail trail and now I know. I was kicking myself for not doing my homework. 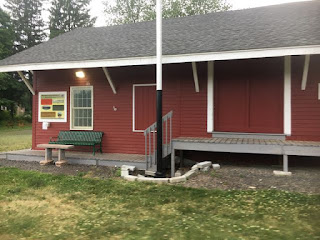 This old station looked familiar and that's because seven years ago, I rode the entire length of the rail trail from New Haven to Southwick, MA with the CT DEEP Commissioner at the time, Daniel Esty and a group from the Connecticut East Coast Greenway Association (see Riding with the Commish). 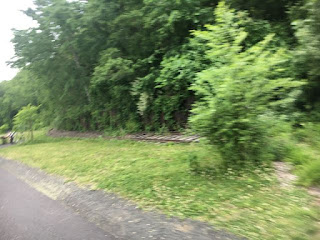 The part that I had never been on started right after these tracks and crossed over I-691 to Cornwall Avenue. It's a nice section. The boardwalk at the end is really creative. 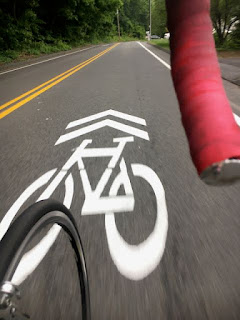 Then I hooked back on Mountain Road and it turns out it has sharrows! 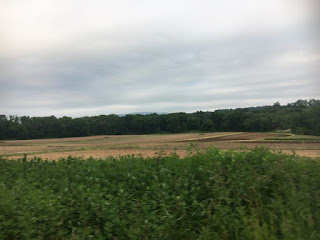 Then I worked my way up to Marrion Road and you can just make out Castle Craig in the distant. 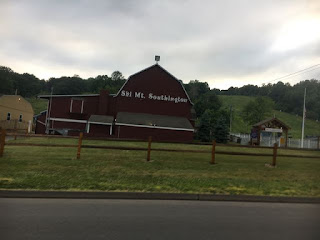 Rolled by Mt Southington dreaming of snow. I think it was nearing 7 PM when I thought that maybe I bit off more than can chew with this route but I pressed on. 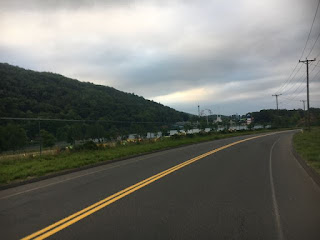 I always wondered where Lake Compound was and what it looked like. I finally saw it, although closed up due to the Pandemic. 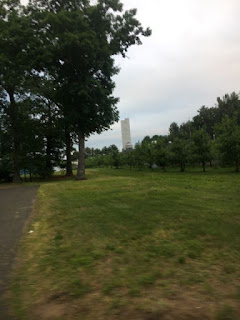 I have often wondered what this huge tower is in Bristol, CT. After seeing it on my ride I looked it up on the interwebs and its North America's Tallest Elevator Test Tower to ensure that elevators that we ride in will deploy their emergency braking systems. The closer I got to the center of Bristol the seedier the area got but no one hassled me. With all that happens between Hampden and New Haven on the rail trail you can never be too cautious. 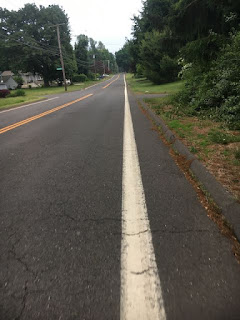 Then it was time for the main event, the climb back up the ridge on Willis Street. It was Brutal! A family was bbq'ing in their backyard, cheered me on and even offered me a beer. I politely declined. 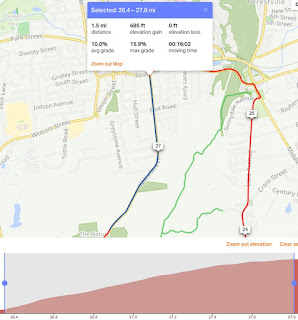 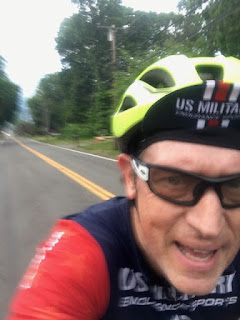 It started getting dark when I got to Wolcott Road and the guy that I bought the frame from cautioned me that Country Road, that goes along the ridge can get a little busy due to the Country Club (golfers!). I even got buzzed a few times even with two rear lights. 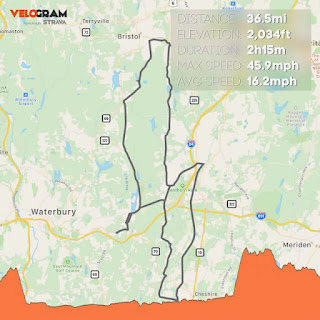