I headed out after work to explore some roads and a trail system in the souther part of Newtown that I had seen on one of my prior rides. As I riding on Sanford Road, though, I found a tree blocking the road and the way it was wedged into another tree, I couldn't move it. 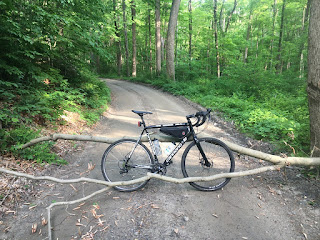 With my mountain bike out of action due to the fact that the rear wheel finally died and couldn't get a replacement due to the Pandemic I have been riding my CAADx more as a mountain bike now.  I figured the dirtiest way to get to Aunt Pat was to climb up Deep Brook, cut through Bentagrass, then take Beaver Dam to Ox Hill, which lined me up perfectly. 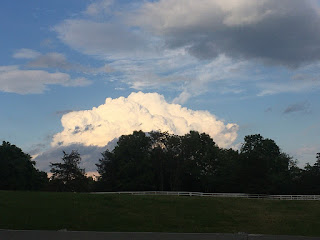 There were some pop up storms ripping through the area and perhaps that was the cause of that tree to come down. Later, I would even get a little shower as I got closer to home. 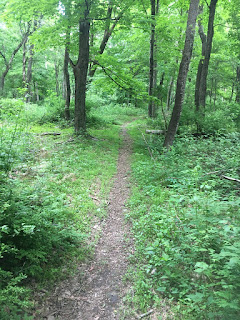 The trail off of Aunt Pat heads in the direction of Hattertown Pond, aka Morgan Pond as some of the long time residents of Newtown have imparted their wisdom on me. I suspect that these trails must be horse trails. 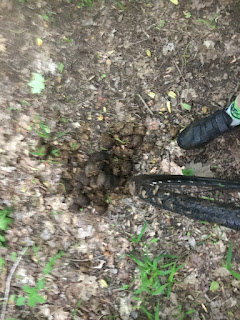 As evidenced by the piles of road apples along the trail. The trail also has a brutal fall line descent that then tracks through some thicket and then winds up in a stream bed, which is typical for around here. 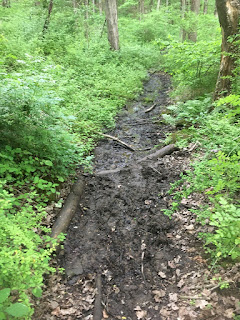 After this wet section and short climb there is an intersection. One way heads northeast and the other in the direction of the pond. I thought there was trail along the north end of the pond that led out to Castle Meadow but where there was once a trail it is now posted no trespassing. 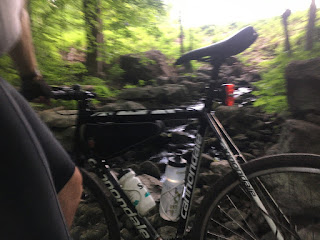 It was total hike-a-bike up to the dam.  When I got on Maltbie, then the climbing started. I did, however, see some trails coming off of Maltbie that looked like they might connect to the trails that I saw coming off the trail I was on but I was going to have to come back and try them another time. 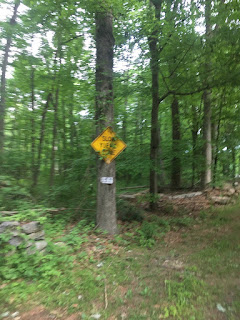