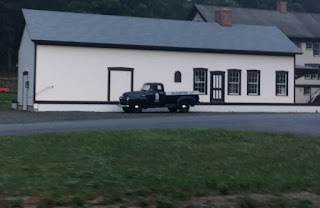 From now on, if I wake up at 5 AM to ride, by golly, I am going to ride. Monday morning I looked out the window and my excuse for going back to bed was that it looked too foggy.  Lame! I should have rode anyway. 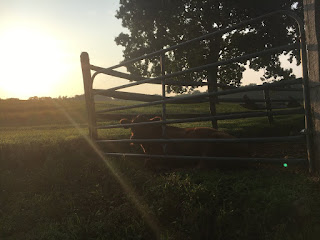 I wanted to ride to work on Tuesday, however, the weather wasn't going to cooperate so I decided to go on a big ride in the morning. I made that decision at the bottom of my driveway, actually. Originally, I was going to do one of my Chasing my average speed ride, where I climb the hill that is behind my house on a road called Butterfield then spend the rest of the ride trying to get my average speed up to 15 or 16 mph, while still riding some hills.


Instead, I headed towards Brookfield and then rode up into Bridgewater and then over to Roxbury. Then I climbed the first party of Painter Hill and the cows were out. I know Topland Farms has two a couple of cows that they just keep around and think these (above) are them. 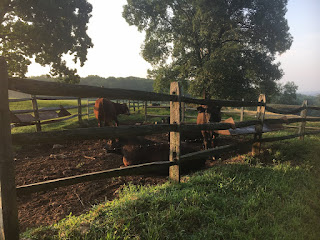 Pro Tip: If you have a mechanical with your bike, don't stop near cows because the bugs are incredibly annoying! I realized that my speed magnet was out of position, largely due to the fact that the plastic backing was toast.  I put back into the place and tightened it down the best I could. It seems to hold for the remainder of the ride. 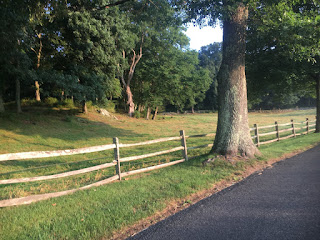 There were a few turkeys further up the road 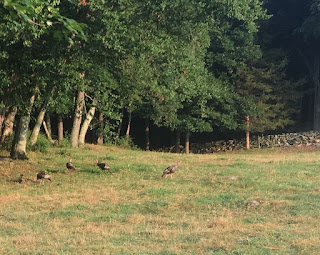 And the sunrise over the farm was spectacular 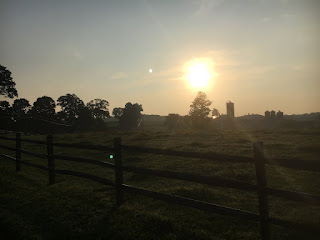 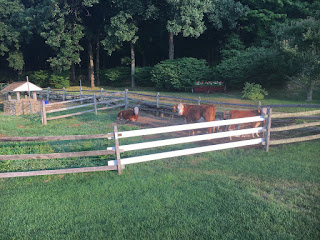 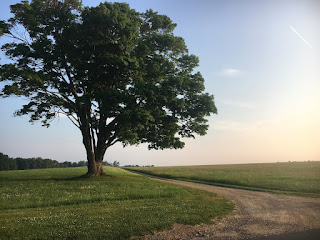 Looking southwest over the farm 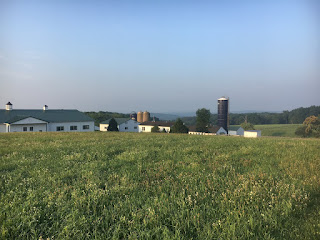 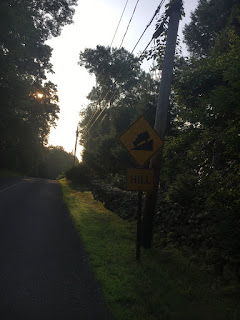 And eventually winding up at my favorite French bakery 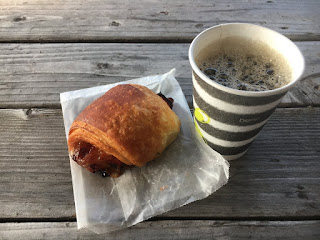 Ovens of France aka OOF

Email ThisBlogThis!Share to TwitterShare to FacebookShare to Pinterest
Labels: Ride Before Work