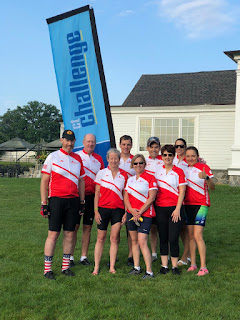 Team HomeServe at this year's CT Challenge Benefit Ride.
Our team doubled in size this year! 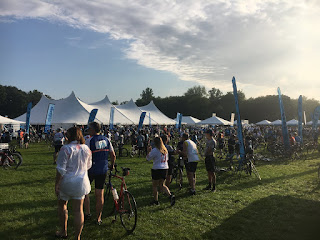 No rain this time before the start! 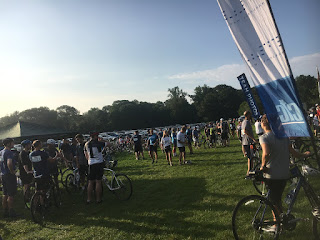 In fact, the weather was unbelievable for the last weekend in July 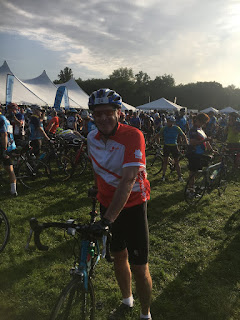 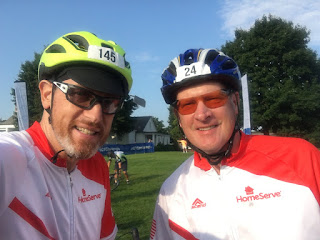 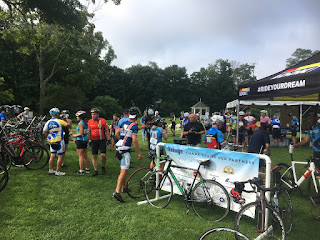 We started out in the first group and quickly found a pace that was great for the both of us. The ride along the Saugatuck Reservoir was nice and then riding Newtown Turnpike reminded me of my bike commute, only now I was on a bike half the weight and it felt really good. On two of the climbs,  Valley Forge & Lone Town Road (Route 107) I attacked both hills and got PRs for both of them. After the first rest stop we met up with Will Holland from Bethel and he joined our group for the remainder of the ride. 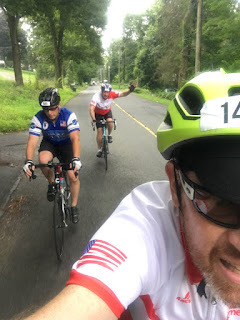 After last year's event I had suggested some course changes both of which were implemented. The first one was to avoid the climb up Rt 133 due to the narrow road and the amount of traffic on it. The change was to take Pocono Road to Iron Works Hill, and then continue down the flat stretch (Old Middle Road, Aldrich Road, and Erickson Road) back to Pumpkin Hill. 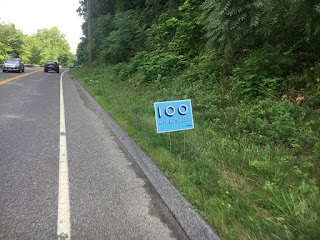 After the second Rest Stop at Lovers Leap State Park we split off from the 75 mile route and we continued on towards Lake Waramug. 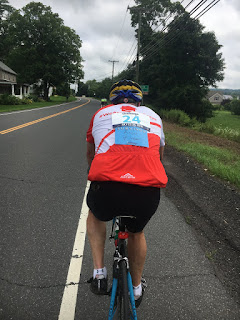 Rich pulled the whole way up Route 202 and was really steady in his pace. We lost Will on one of the climbs but he caught back up to his later up the road. 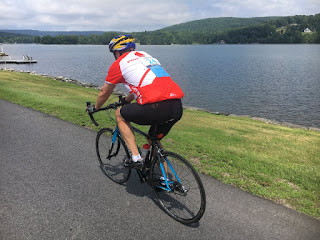 Riding to Lake Waramug is definitely one of the best destination rides in CT, in my opinion.  Not only do you have a multitude of routes to get there, including dirt roads, it's a really beautiful location. 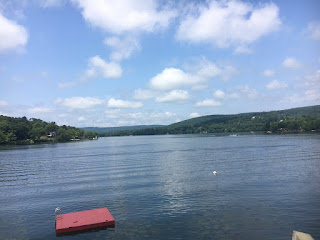 I had suggested a detour to Kent Falls Brewery but Rich wasn't sure he could drink a beer and ride another 50 miles. Instead, we road straight to the rest stop and had lunch.  The real fun began.  The route goes down Rt 47 (Bee Brook Road) and then climbs up to the Gunnery.  It wasn't bad, in fact I got another PR, but second climb after that always catches me by surprise. I call it the Wall and while short its really steep and before getting to it there is a curve in the road so it kind of jumps up in front of you. 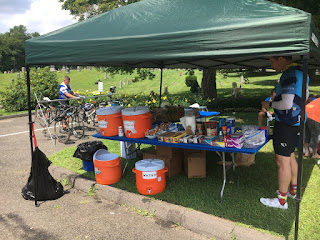 Across from Roxbury Market was another rest stop.  The ice cold face towels they were giving out were an awesome relief for the heat that was rising with the sun out. Now, it was really feeling like the end of July! 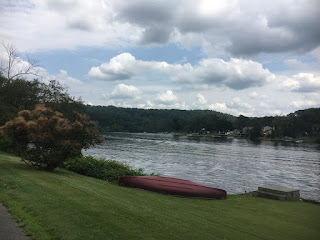 Another course modification that I recommended and was implemented, was to stay off Rt 67 and instead, ride down South Street to Brown Brook and then Purchase Brook.  Of course it's more work but the trade off is less cars. 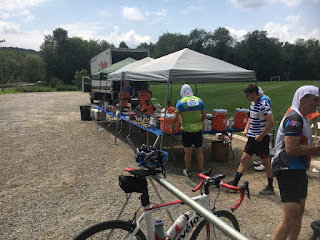 The second to last rest stop was in Newtown. Again, the wet towels were awesome. At the first two rest stops I drank ice cold coconut water. At the last one, they only had thee cans left and they were warm but it tasted great! I think that really helped because I never got a cramp or a twitch of one. 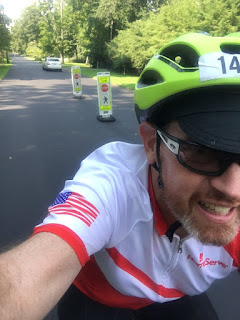 On Bronson Road we got a treat of some Black Butter.  It was so smooth! 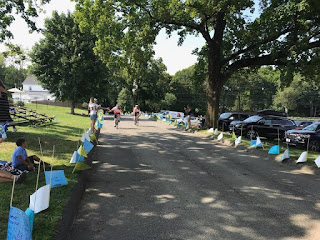 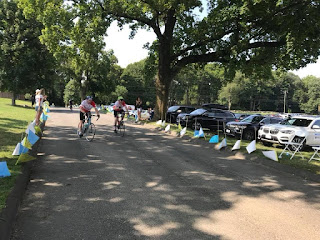 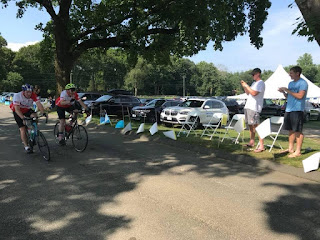 We were on the bike for 6.5 hours and the elapsed time was 8 hours and yet I still felt fine 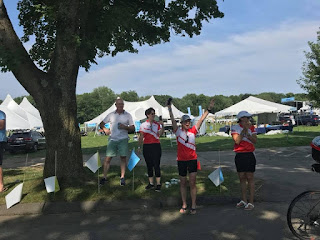 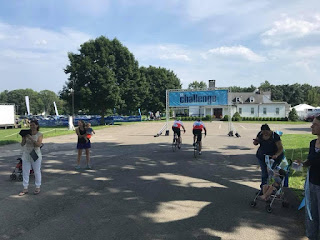 It was a great ride for worthy cause and I look forward to doing it again next year. 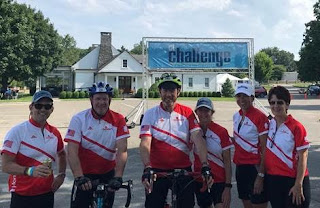