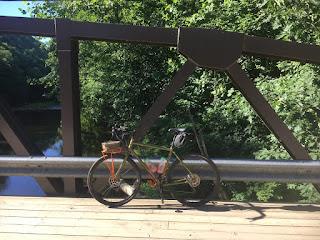 On last Friday's commute I rode just about every dirt road between the office and home but what I was really missing is another ride on the Sex Machine.  One of the Newtown Lunartics, Mike, decided to join me on a 30+ mixed terrain, aka Roubaix ride through Roxbury and Washington Connecticut starting from Roxbury Market Sunday morning. 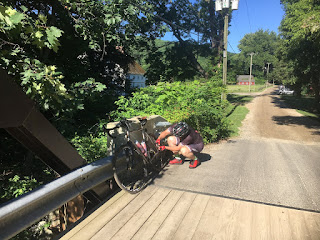 All my rides are subject to change and today's already went of script when we decided to climb Judd's Bridge for the Morning Eye Opener climb. I think the early deviation was more of an effort to warm up since it was so cold Sunday morning. On the way up we met up with a woman named Jennifer on a mountain bike. She told she was riding with her husband but he flatted and she was riding home to get the car. What a nice a wife! 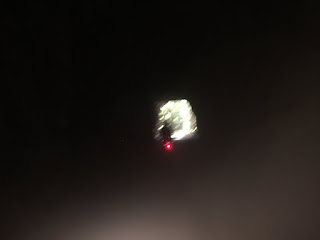 We descended Hartwell and then looped back to Tunnel Road and then headed up the old Shepaug Railroad bed to the Tunnel. As with the Morning Eye Opener climb, riding through the Tunnel is also must do when riding through here. 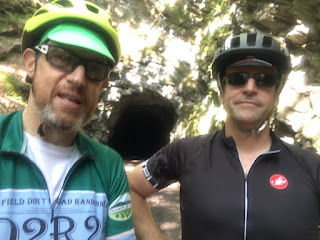 Steep Rock was relatively empty so we made our way up to Ferry Bridge through the trails. It would be cool if the Washington Riverwalk connected to Steep Rock Reservation but I haven't figured out if there is a trail through there yet. 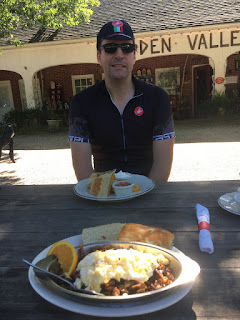 Heading up to Hidden Valley we stopped at the Eatery that goes by the same name.  Very pricey fare but very tasty.  Mike had the Breakfast Burrito while I had the Hash. 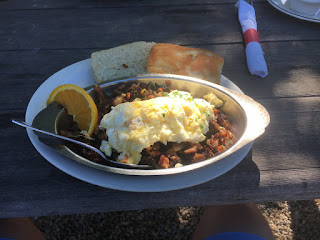 Then we continued on the old railroad bed from Bee Brook to the Rumsey Hall School.  I always love riding through here because while it's railtrail its more of just an old, straight, road through woods next to a river. It's wild and barely maintained but an awesome ride none-the-less. 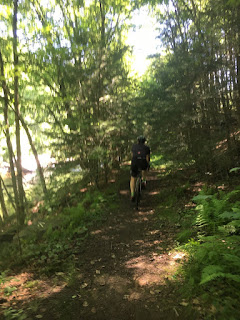 The route included hitting what we call the Hollows, a few dirt roads that go from Washington to Bethlehem and back that are upwards of 20% grades. Some of the hardest dirt road climbs in Connecticut. 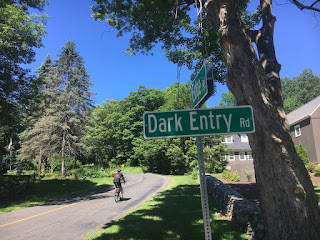 However, we decided to change the route and just ride Calhoun Hill, an equally challenging climb. The dirt road portion tops out around 12% and then the last section, which is paved, hits 15%!  Mike almost made it but ran out of gas 10 yards from the top. I just hunkered down in the center of my cockpit, down shifted to my easiest gear, and ground up the hill. 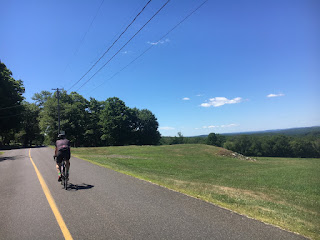 Heading back to the Market along Painter Ridge was amazing because despite the heat it was still an amazing clear day and you could see for miles. 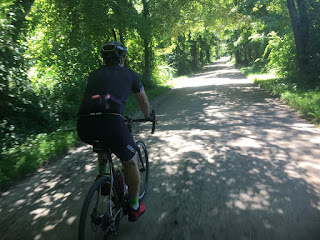 Jumping off the ridge we headed down the last section of dirt roads that includes Dorothy Diebold, Lower County Road, and Old Roxbury Road. Then it was back to the Market and few cold ones. 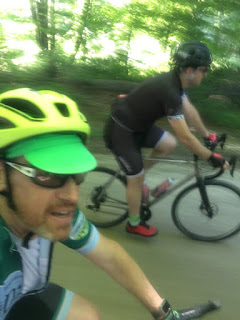