Gavin and I were going to ride to work in the morning but the weather wasn't cooperating so we decided to meet after work at his office, which happens to be right next to the Fairfield Gaelic American Club. The day turned out to be a lot warmer than I expected and I was over dressed for the ride. 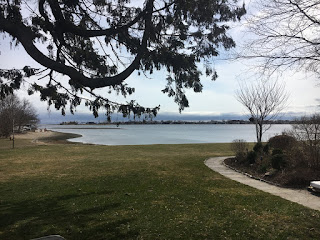 We rode inland through Fairfield and then down through Westport ensuring that we weren't riding with the majority of commuters trying to get home.  Our first stop was the Inn at Longshore.  Then it was over to Compo Beach. 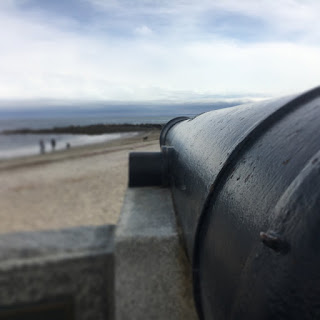 At the Cannons we took a few selfies and took off a layer or two because it was just way too hot.  Gavin, had shorts, which was a good call for a day like this. Thinking that winter seemed to have ended last week it's now hard adjusting to spring. 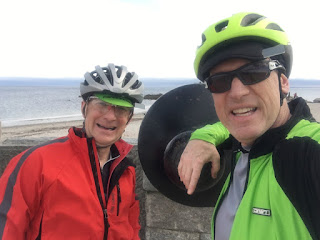 Heading north we all of a sudden had a head wind which cooled us down right quick.  At Gavin's suggestion we opted out of the Sherwood Island Beach visit and headed back to Fairfield forthwith. 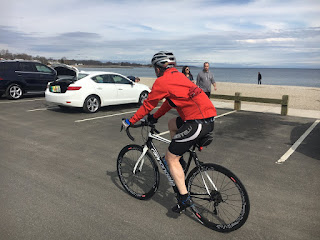 It was Good Friday and there were a few Black & Tans with out names on them that needed some help! 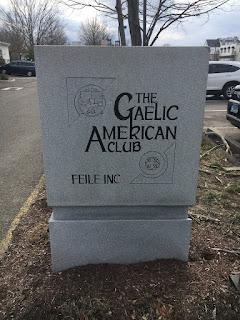 Email ThisBlogThis!Share to TwitterShare to FacebookShare to Pinterest
Labels: RAW, Ride after Work