Lunartics Detour to the Beach

The original plan was to ride to OOF, then head up to Roxbury and then down to the beach and back to Sandy Hook for the Lunartics first century ride of 2018 but then my schedule changed along with everyone else and we decided on a shorter beach loop. However, the aftermath of Winter Storm Quinn on lower Fairfield County meant that many of the routes we tried to take turned out to be blocked. 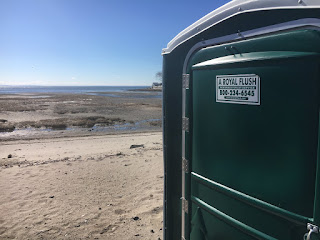 Eventually, we made it to the beach, but we ended up bypassing Fairfield Beach and ended up at Southport Beach. It was also a good opportunity for a little bladder relief.  It seemed that on the ride down we had a head wind but when we got to the beach it was even worse. 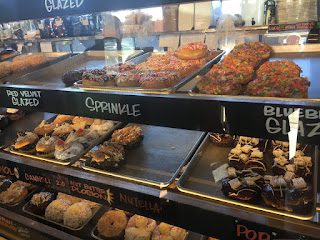 We then rode over to Compo Beach and then stopped off at Donut Crazy for a snack. The donuts were totally outrageous but I went with my favorite Boston Creme which was so much better than what you would get at D&D.  From Westport we road north, up 57 to Lyons Plain.  Tried to go up Valley Forge but the road was closed so we headed up through Easton.  Afterwards I was going to meet Mike and Stephen at the Red Rooster but my wife called me and said the power went out again and I needed to come home and start the generator.
at 9:51 PM