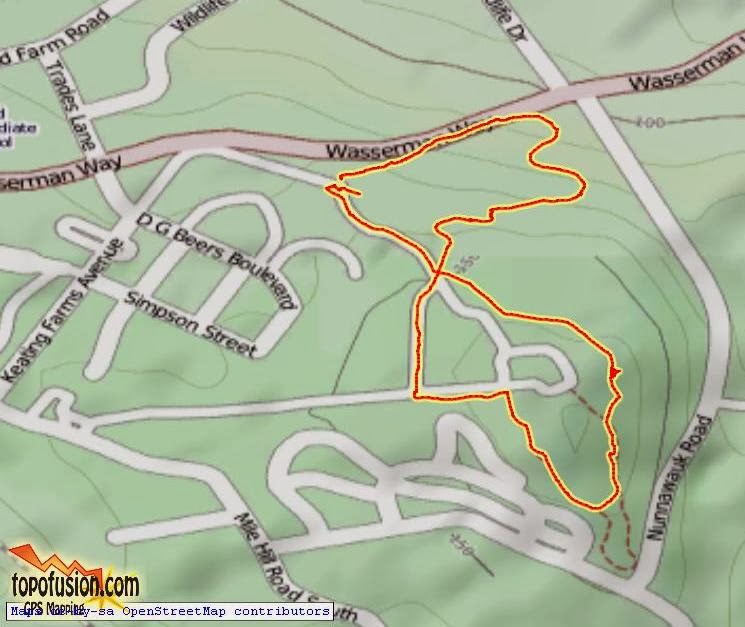 I don't like riding below 20 degrees so I headed over to Fairfield Hills to XC Ski.  I was surprised to see very little track.  Someone braved the crusty conditions before me but I think it sucked for them as much as it did for me.  Once again, I over dressed and by the time I hit the Magic Kingdom I had to ditch the cold weather gear. 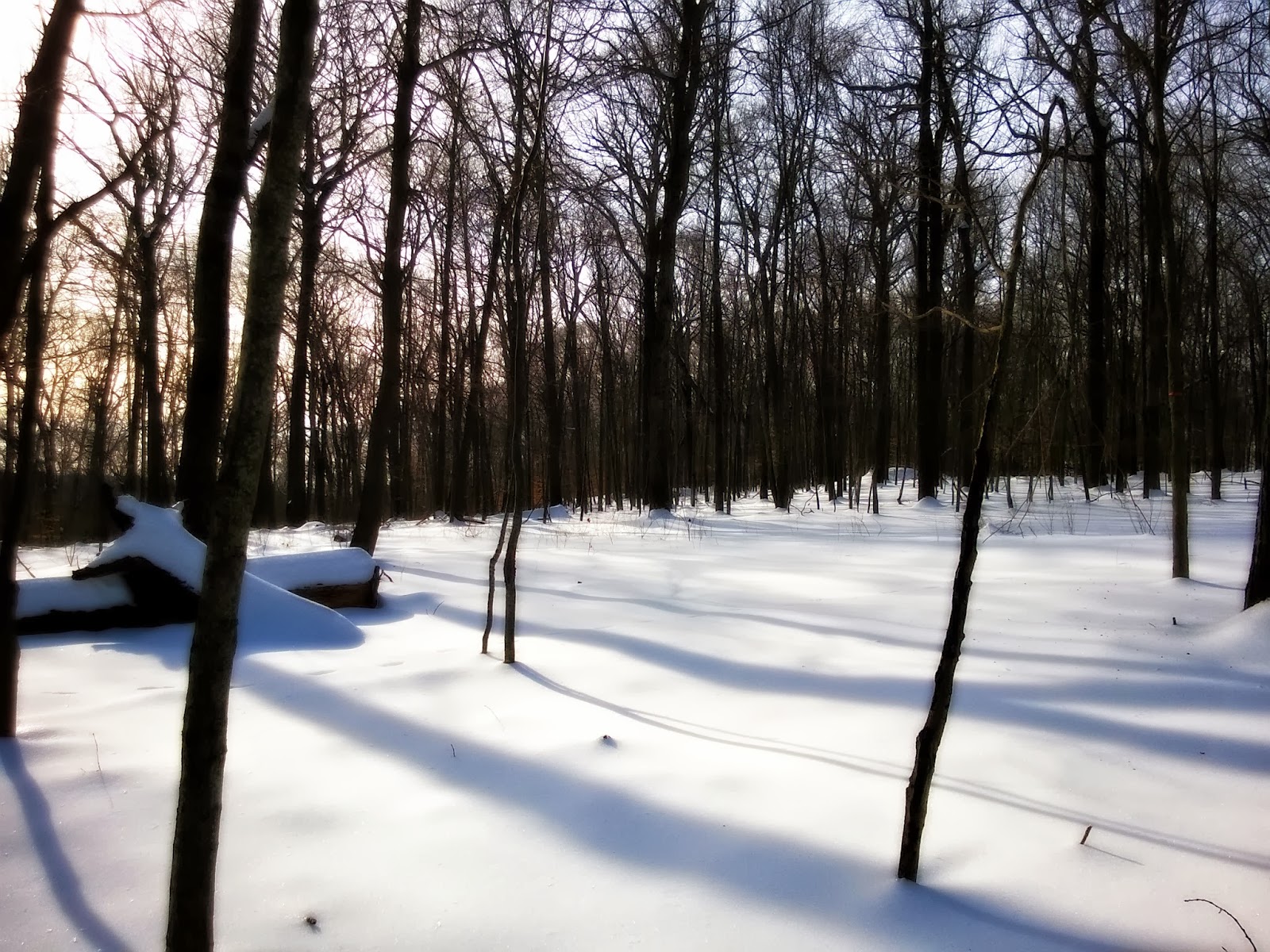 No one was in the Magic Kingdom?  There were some buried tracks from Monday's storm last week the latest snow and subsequent ice layer seems to have turned people off from these trails and they are the best! 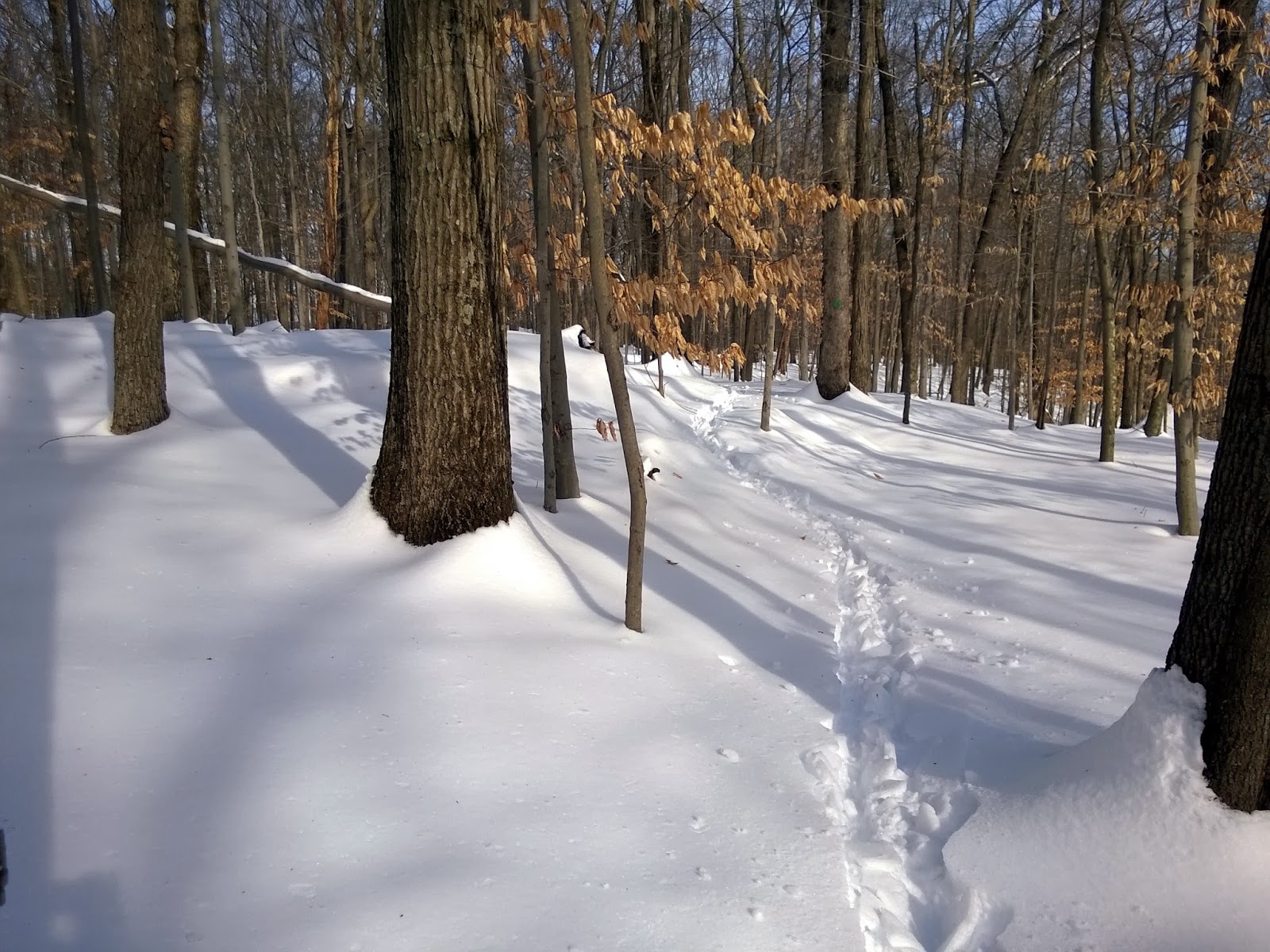 I was hoping that the tree cover might have soften things up a bit but that seems to only be under conifers.  I did my standard loop and then headed parallel to the rec trail to cross over and head back to the fields.  I did find one plowed section of the rec trail that was ski-able but that was only good for 20 yards and then it was back to the dreaded crust. 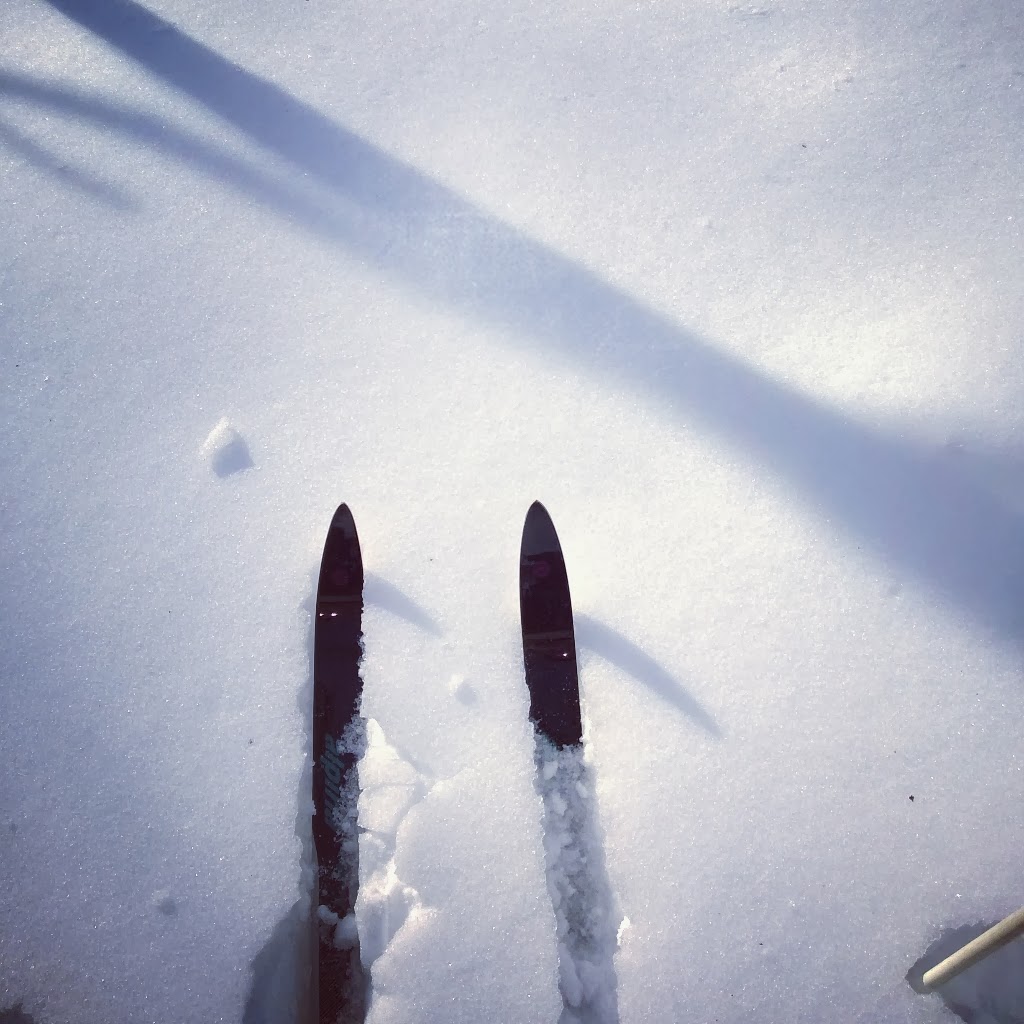 I headed over to Yahoo Hill only to discover that one the baskets on my poles broke off which made for slower travel because each pole plant went all the way down to the ground.  The climb up from Yahoo Hill was like Napoleon's death march.  I made it but I was completely drenched in sweat and so hot that I had to drive home with the windows down just to cool off.  With Sunday evening's snow and another run at the track on Monday of Tuesday will make it nice and fast!
at 6:00 AM