Do you know the way to San Jose? 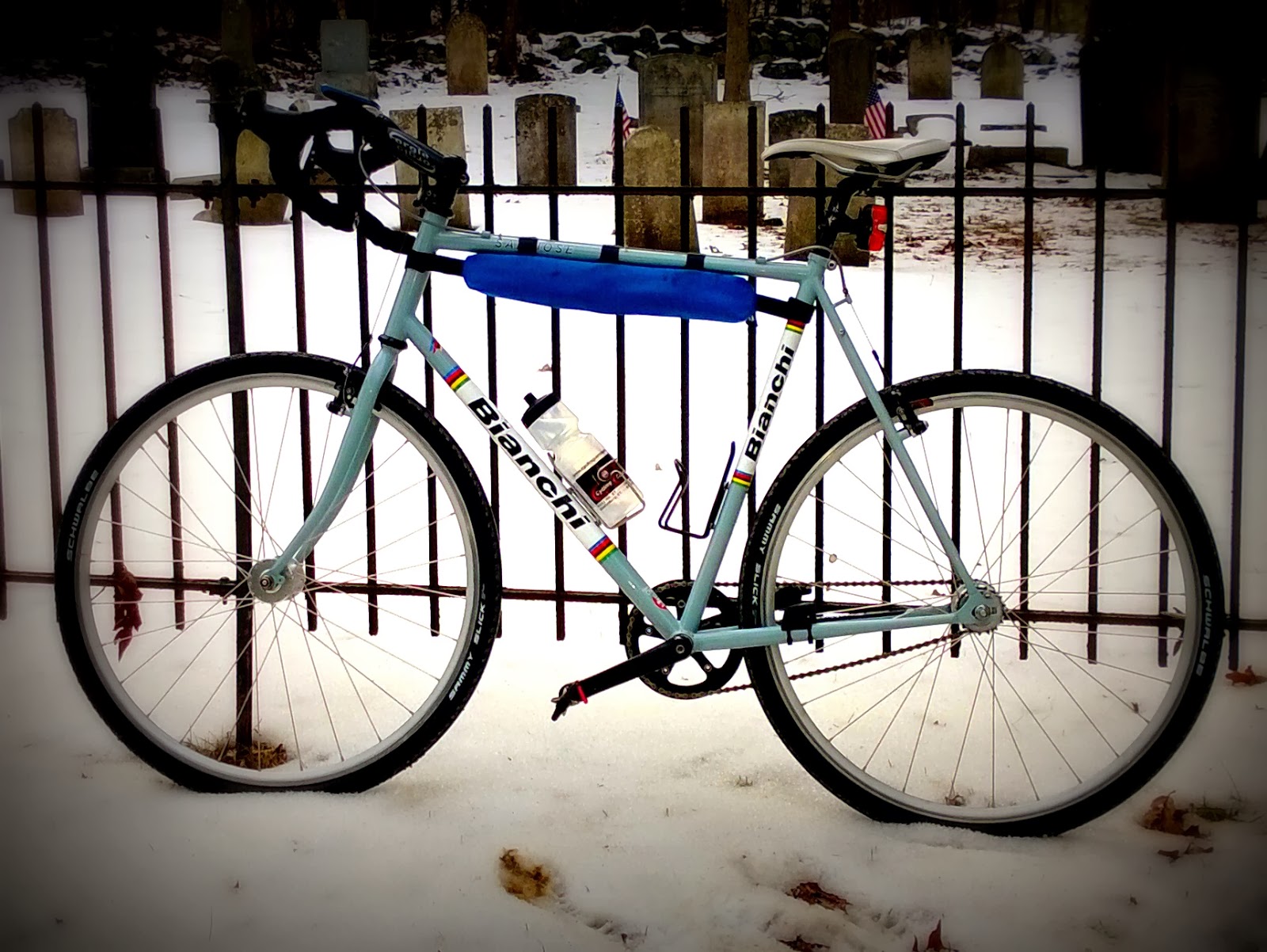 I have died and gone to Singlespeed heaven!  The Bianchi San Jose is one hell of a bike and I can't believe I am finally riding one!  The bike is perfect, except for one thing, the bars.  The stem has too much angle making the bars too high.  That will be an easy remedy because earlier on Saturday I went out part whoring and picked up a really nice 90mm stem!  It appears I will be putting the Gary II bars on a lot sooner than I originally planned. 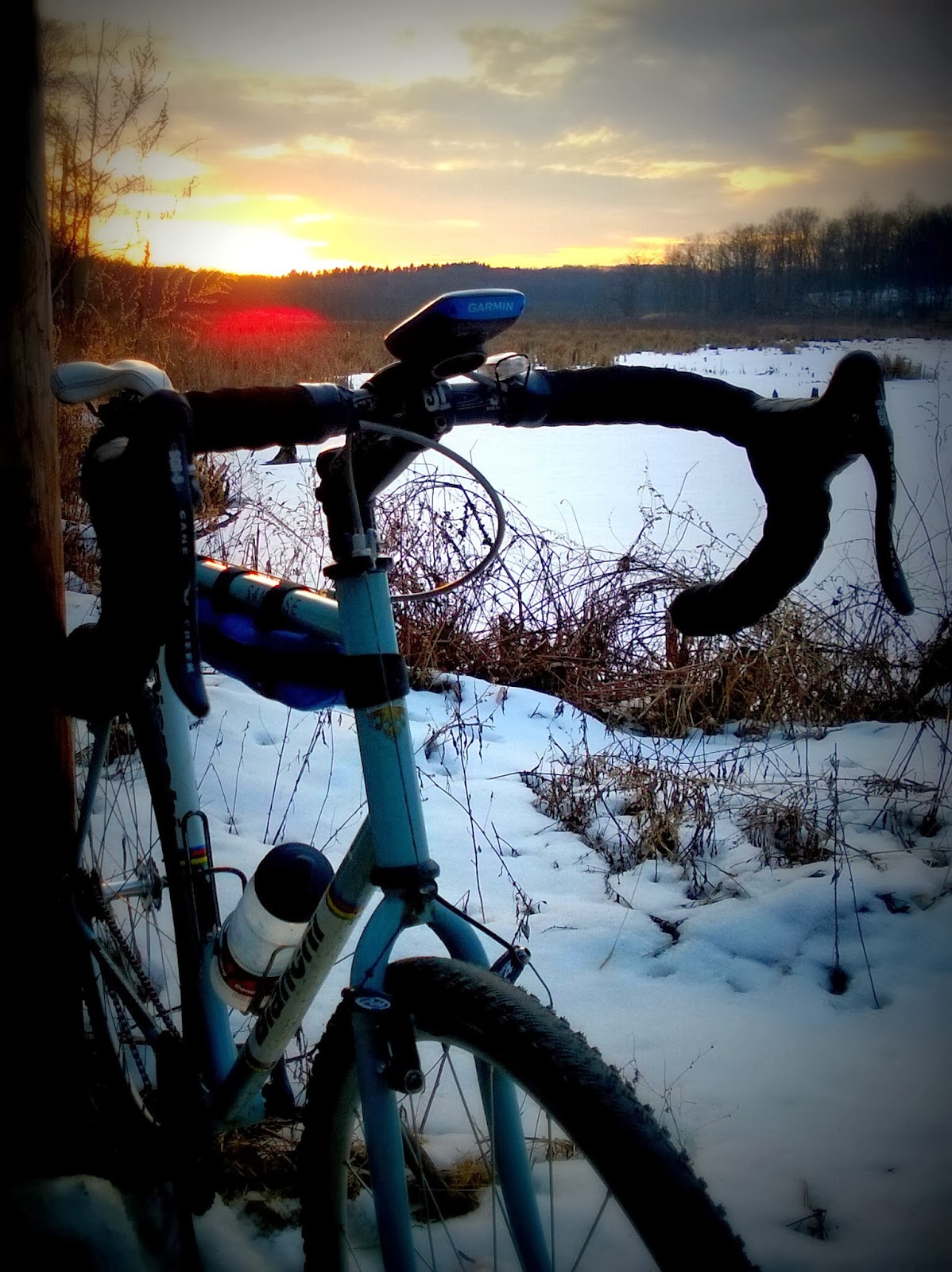 I rode my standard 20 mile loop and it was perfect!  The bike pedals so smooth and climbs really nicely.  I have ridden 42:17 before but this feels so different, and it's good different!  I was going to try and not ride any dirt roads but then I said, well it's cyclocross bike, so let's get dirty.  Riding Pond Brook wasn't too bad but after Point of Rocks, I got pretty dirty and so did the bike. 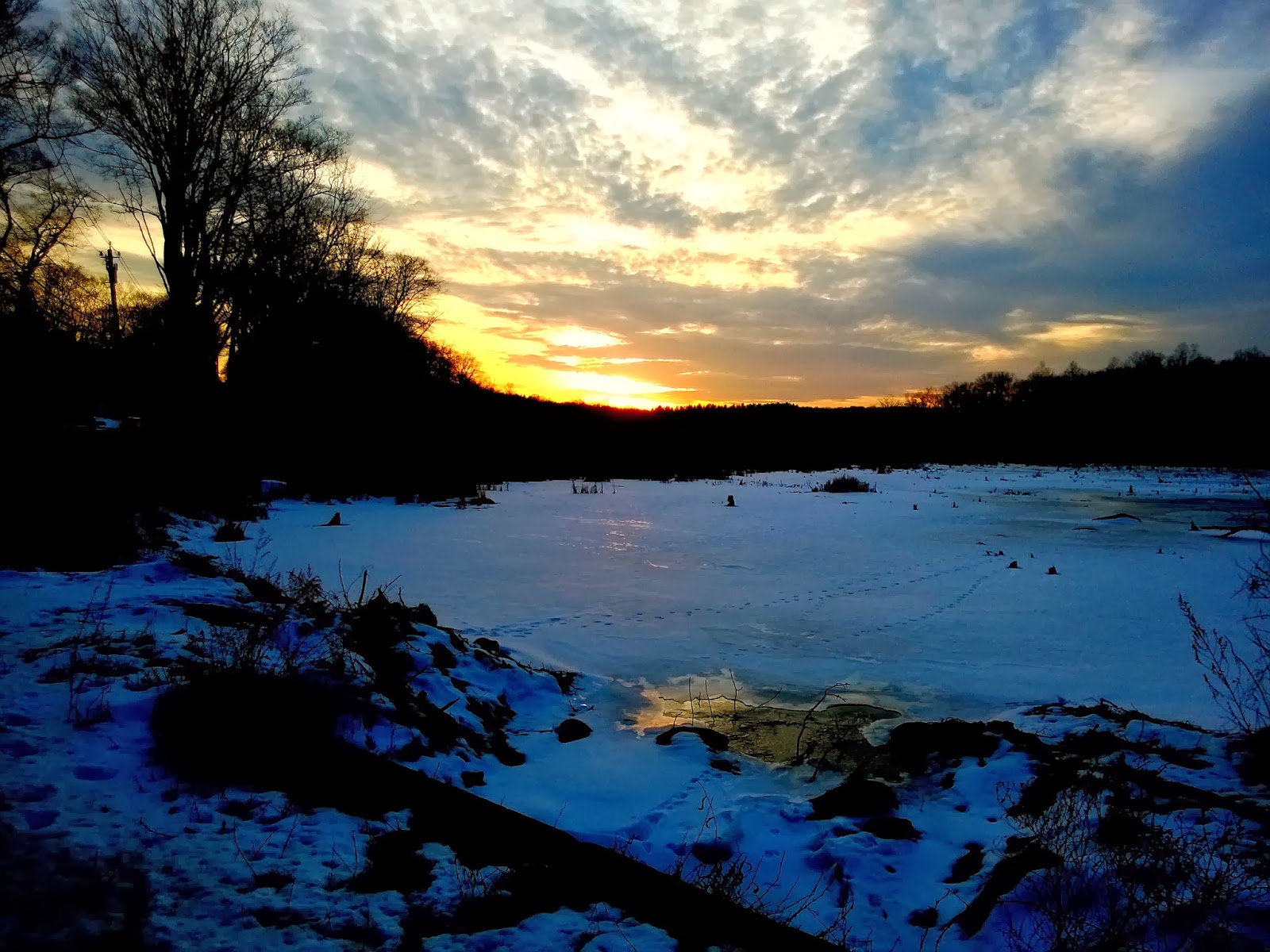 Temperature was a little colder than I expected.  The house said 42 but out on the roads it was more like 34.  The only thing I could have done better was to have had arm warmers.  Otherwise, everything was toasty warm!  The rest of the equipment was perfect, even the saddle.  It makes a far better road saddle than in the woods. 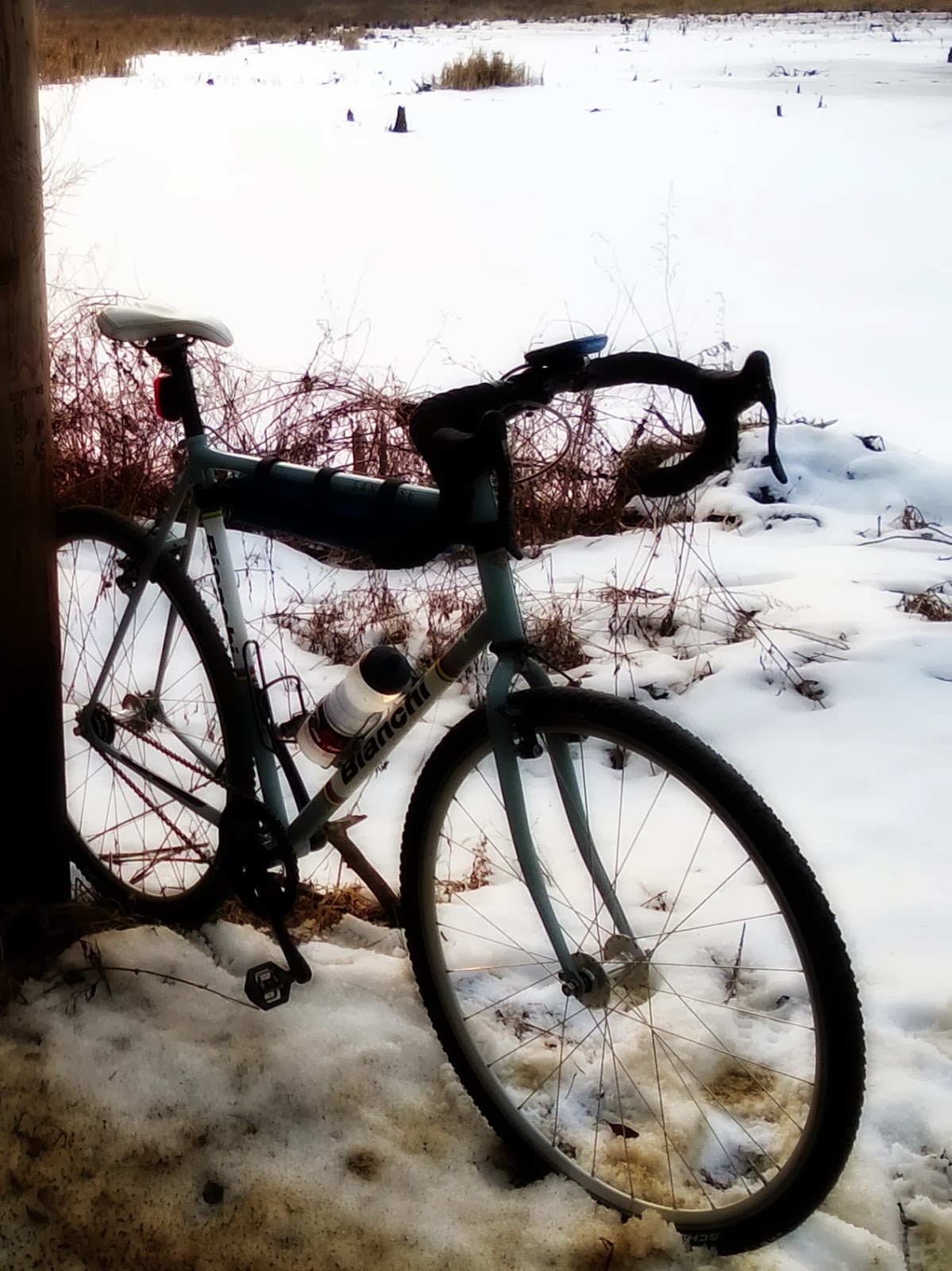