Apres ski on the Cross Check

After getting back from skiing at Jiminy Peak Saturday afternoon and quickly unloading the car I jumped into my riding kit and took the Cross Check out for a little ride.  I have been jonesin to test the new Brooks Salddle that I won from a Mountain Bike Clothing store called Kitsbow.  I only had an hour and light was starting to wane so I decided to do a 17 mile course that had a little climbing in it.

Turning onto Castle Hill I hit a frost heave and my front brake locked up on me.  I thought that was strange because the wheel still looked true.  I was able to overcome the situation by hitting the release pin on my Tektro brakes and continue riding.  I will have to check the true on the wheel and how it's seated in the drops. 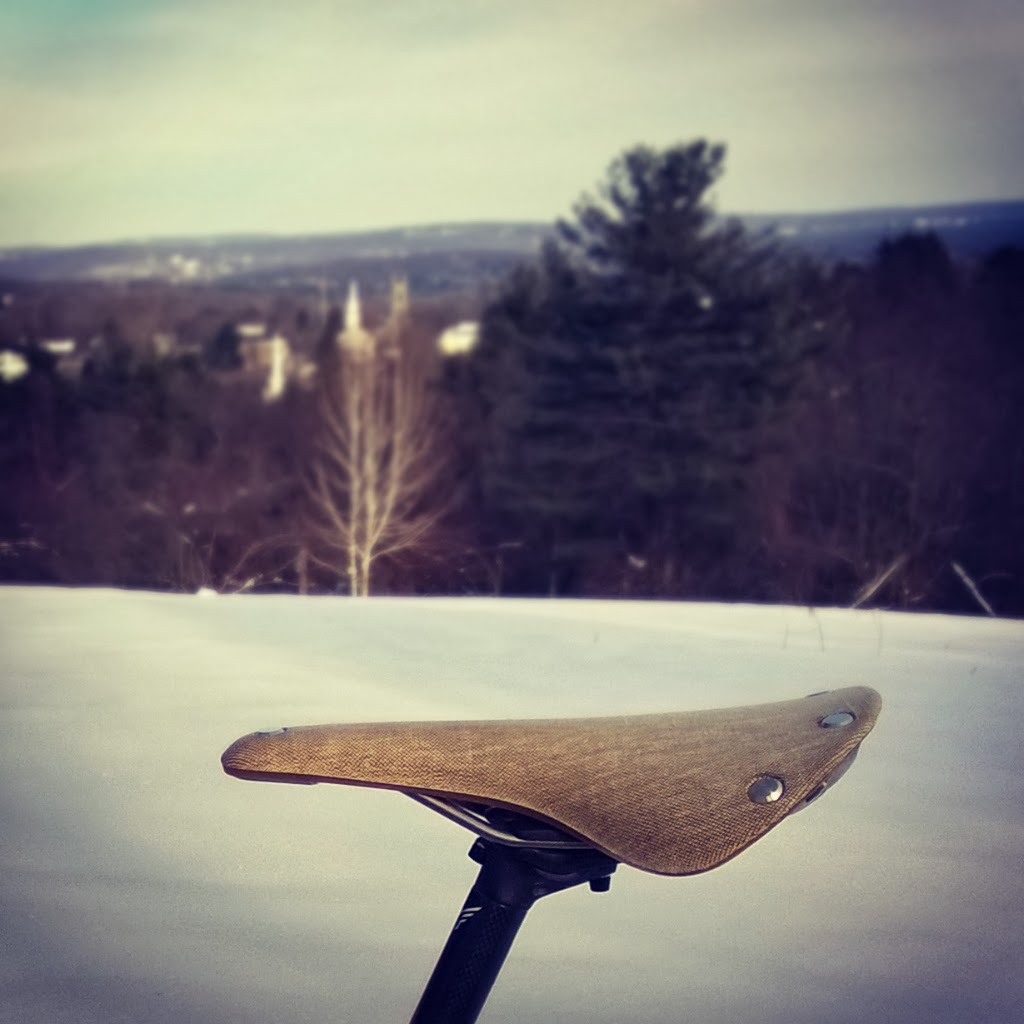 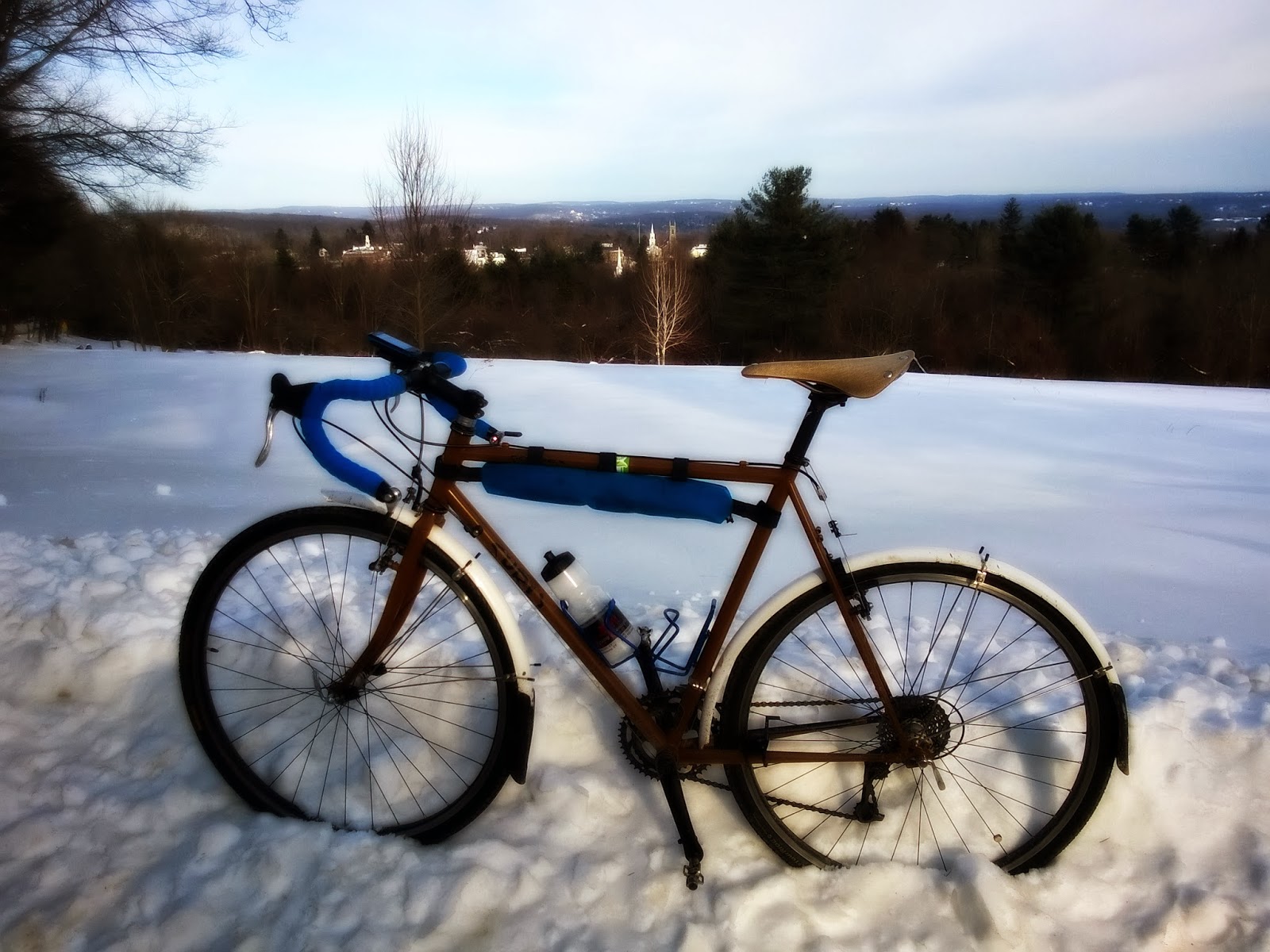 From here I rode the rest of Castle Hill to Taunton Hill and then down to Sugar Street.  Headed over to Boggs Hill and then home.  The temperature at the house said 31 degrees but out on the road it was more like 21 degrees.  Up top, I was dressed well enough to keep the cold out but I for this temperature but I think I should have had a short or something else over might tights because my legs were pretty red afterwards.  Ironically, my winter Cannondale gloves performed nicely.  Had I known that it was much colder I would have done overmits or Lobsters.
at 12:00 PM