Today I was able to get out  before 10 AM, which is a lot better than past Sundays.  Temperature at the house said 34 degrees and coming off yesterday's miss in the clothing department, I think I got it right this time with a short sleeve and arm warmers underneath.  An insulating layer and a top layer and a riding jersey. 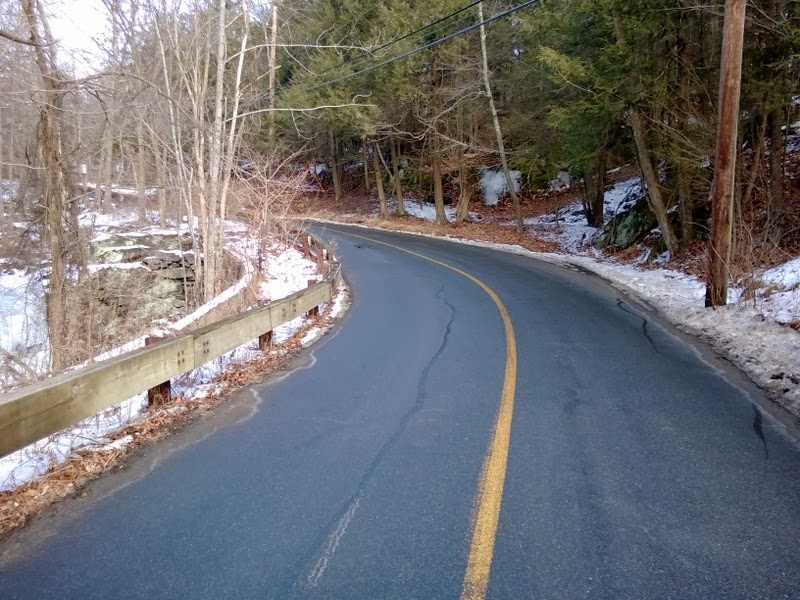 I really like this route because it doesn't use a lot of major roads but it's still challenging.  I did, however, have one run in with a mentally challenged motorist who cut me off when I descending Scudder Hill.  I just new the woman in the car was going to cut me off so I anticipated that she probably couldn't see me because her windows were so dirty and slowed down just in case.  Sure enough, I am 20 yards away and she backs out into the middle of the street.  When I got a long side of her I gave her a piece of my mind and of course the look I got back from her was dumbstruck, with that look of "What did I do?" If you are going to ride in the winter and it's above freezing fenders are a must have!  The warmer temperatures combined with snow melt made for really wet roads today that without the fenders I would have been skunk striped by the end of my ride. 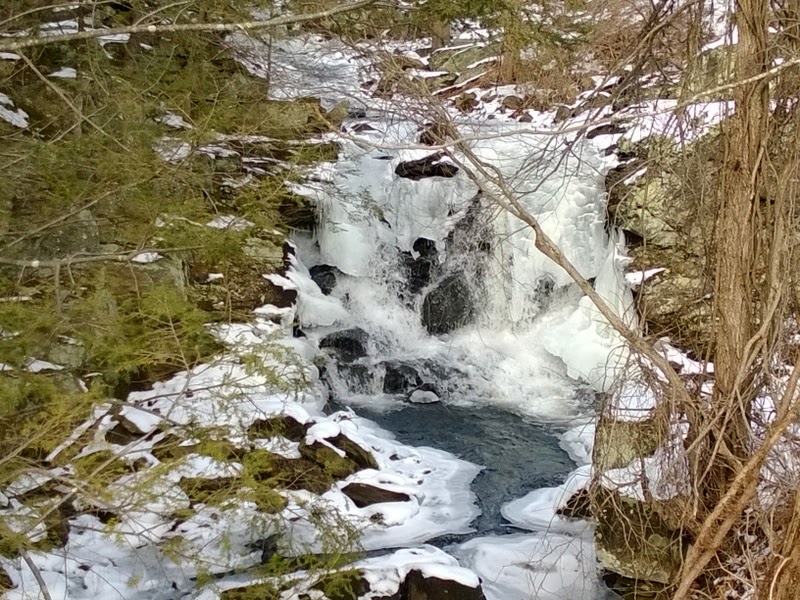 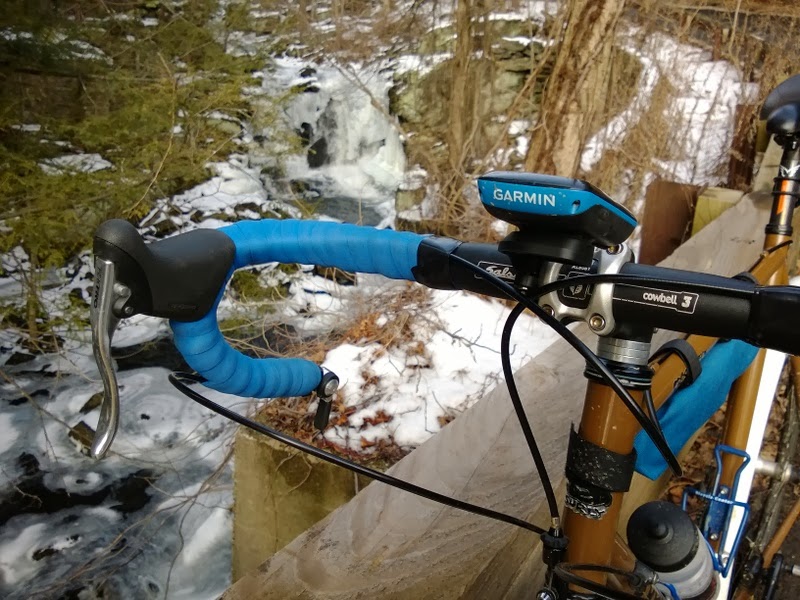 The other cool section of this route is riding North Street and Sport Hill, both really long straight routes that go up and down and up again.  I think though that I will start riding all the way down Sport Hill and then come back on North Street. 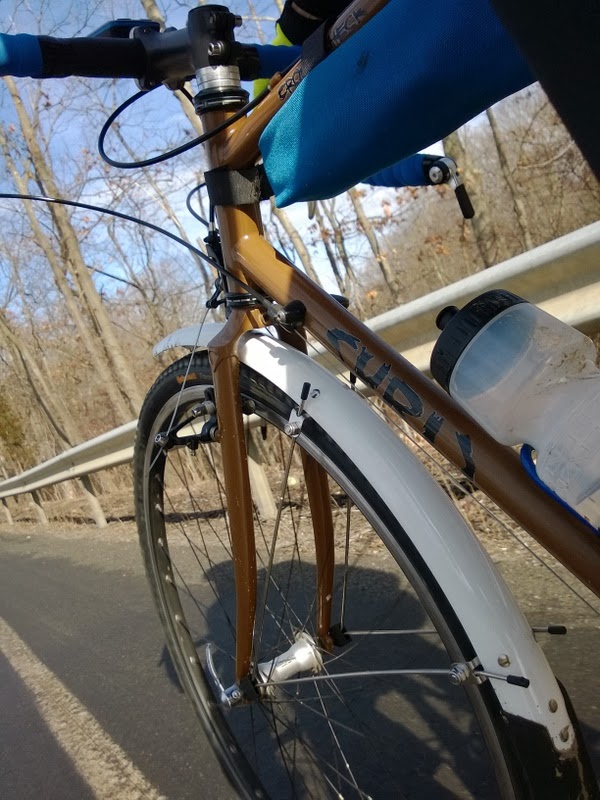 And there is the other spot that is worth stopping at, Gurske Pond.  Today it was frozen solid.  The route from Hammertown Road back up to Rt 25 is another, direct route that I enjoy and done right you don't have to get out on Rt 25 and deal with the cars. 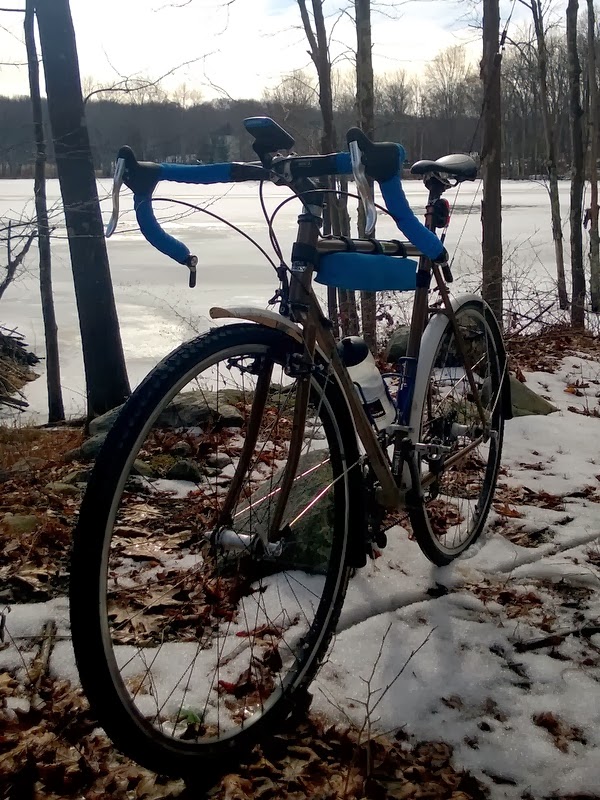 The Cross Check is such a dream to ride.  Maybe a little heavier than your standard road bike but the steel frame makes riding rough roads so much better.  I am on the fence whether to keep the fenders on the Cross Check or to put them on the San Jose. 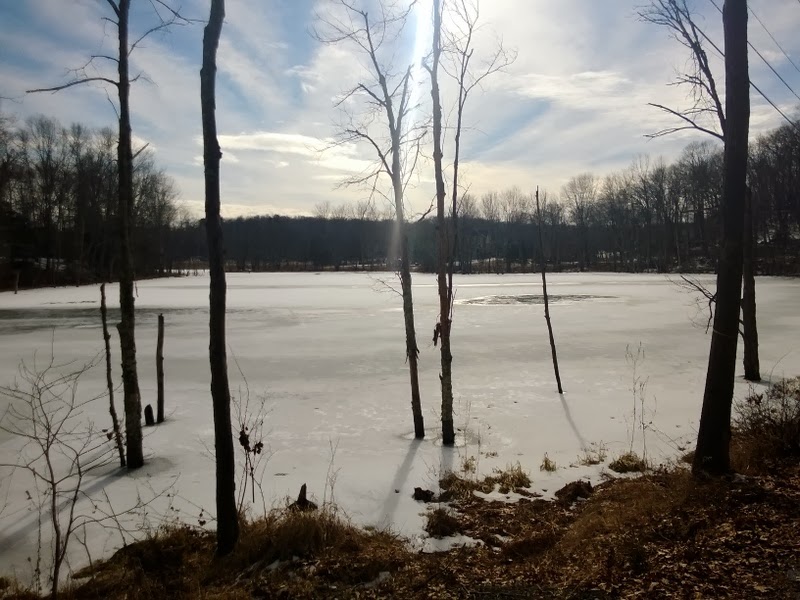 Maybe because it's winter or the wet roads but I seldom see any other cyclists.  There is the singlespeeder, Dan, who I have now encountered twice, but he appears to be a hardcore rider and every once in a while I will encounter someone on Sport Hill or the Huntingtown Road stretch.  Today, I got a head nod from a dude in full Bethel kit that clearly wasn't a Fred but you would think on day such as this there would be a lot more people out. 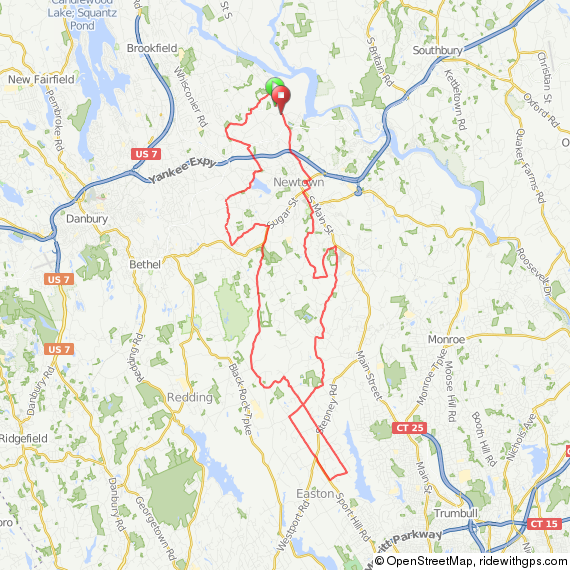 Four miles into the ride, I thought I might have had one layer, too many on, when I got to the top of Mt Pleasant but then descending down Taunton Lake cooled me off right away and all notion of whether or I over dressed went out the window.  In fact, today's costume was perfect for the varying temperatures.   Midway through it got up to 50 degrees in the sun but towards then of the ride it clouded up and turned sharply colder.  So you never know.
at 7:28 AM