Off Road Drops for the Bianchi San Jose 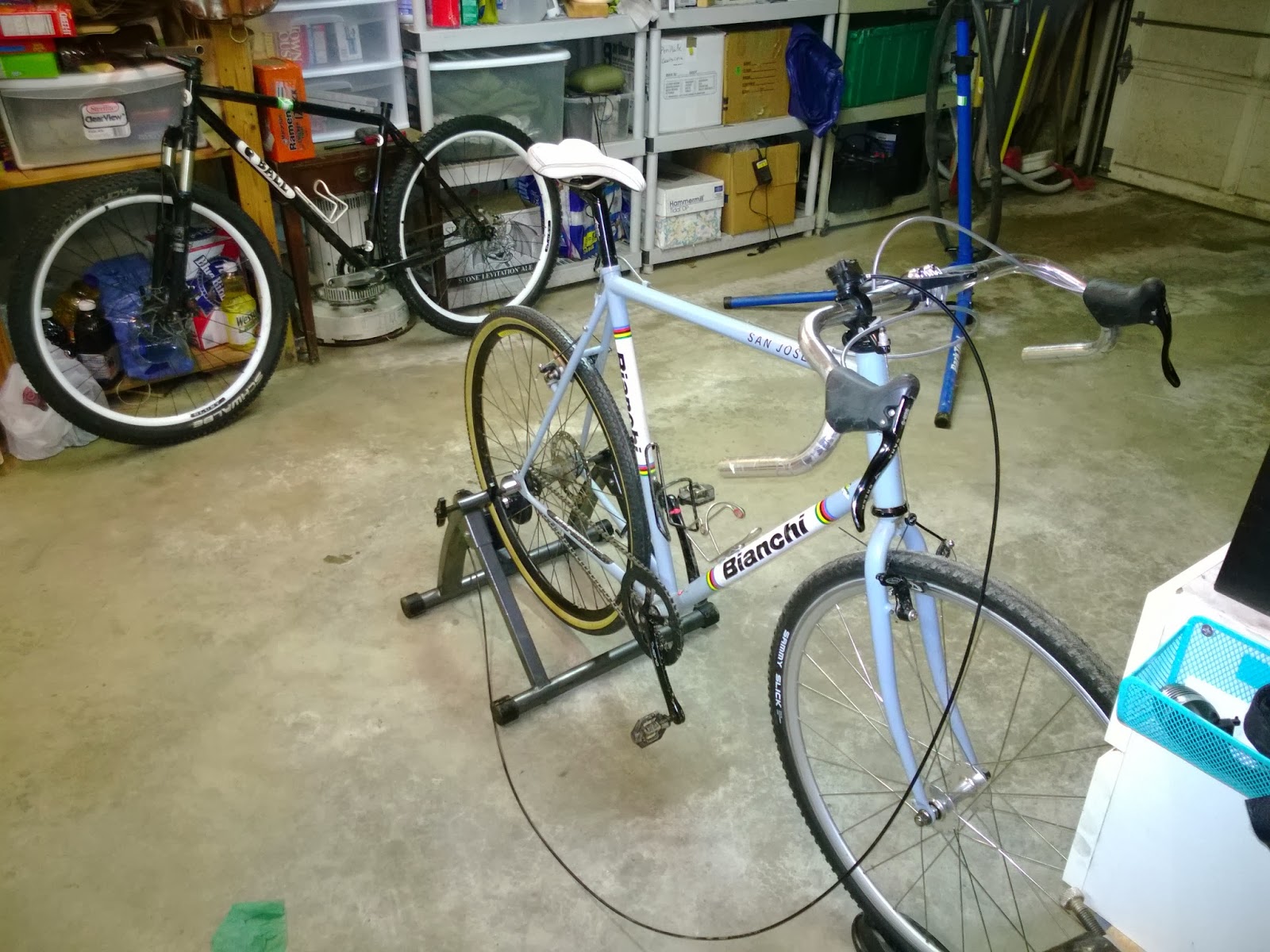 I probably mentioned this before but I wasn't jazzed about the drops that came on the Bianchi San Jose.  I prefer dirt drops because they are actually more ergonomic for your wrists.  With regular drops you have to turn your wrists out for riding in the hoods and down in the drops.  Similarly, like using a straight keyboard for a computer which is a known cause for carpal tunnel syndrome. 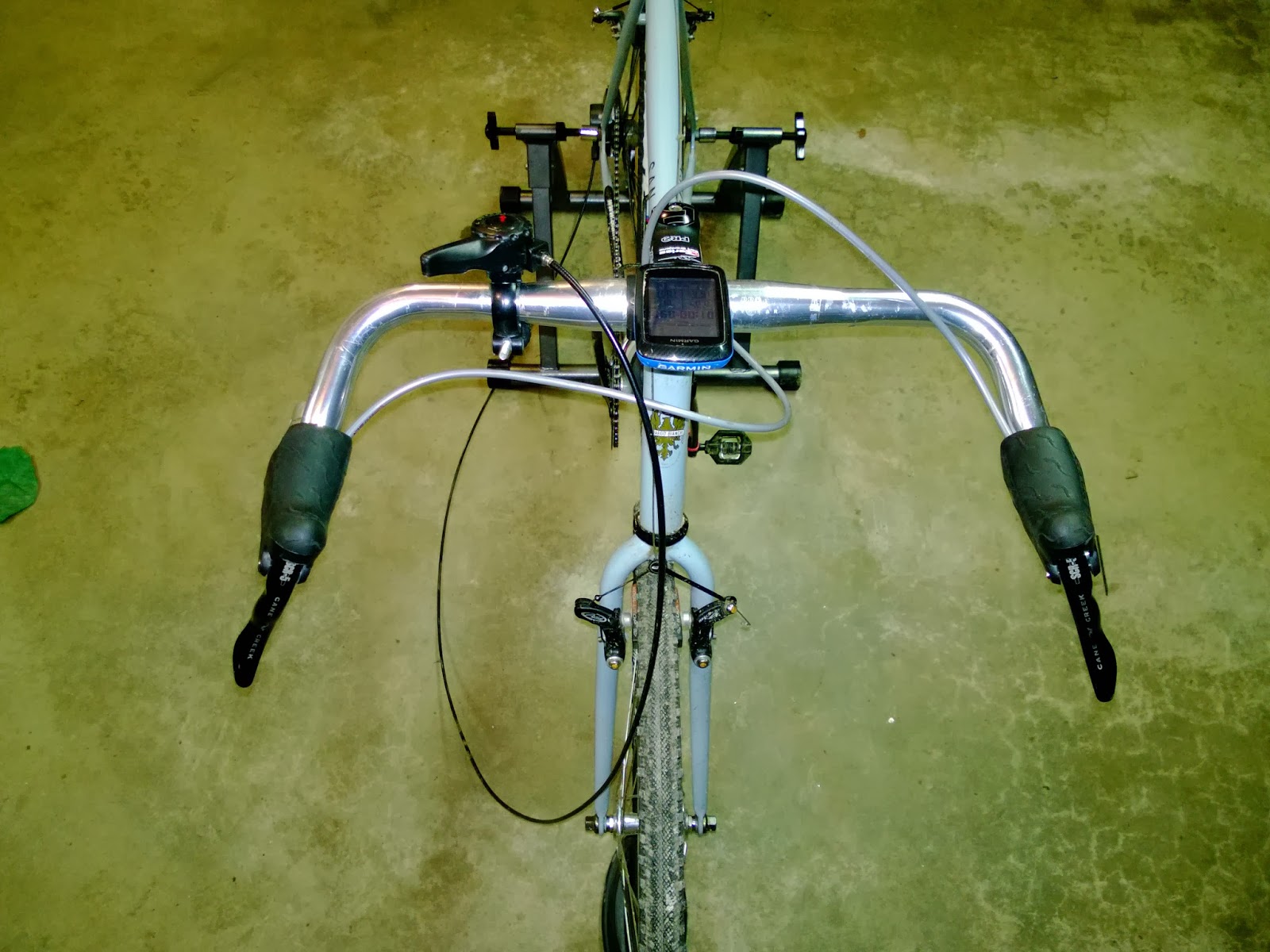 These dirt drops are Pro Pulsion Alloy Gary-2 bars are flared 15 degrees outwards so riding in the hoods or down in the drops is a more natural hand position for your wrists and thus more comfortable.  I also have Salsa Woodchippers which I have had mounted on the Qball for the past couple of years when I was riding it as a Gravel Grinder, Monster Cross bike.  They have a 28 degree flare! 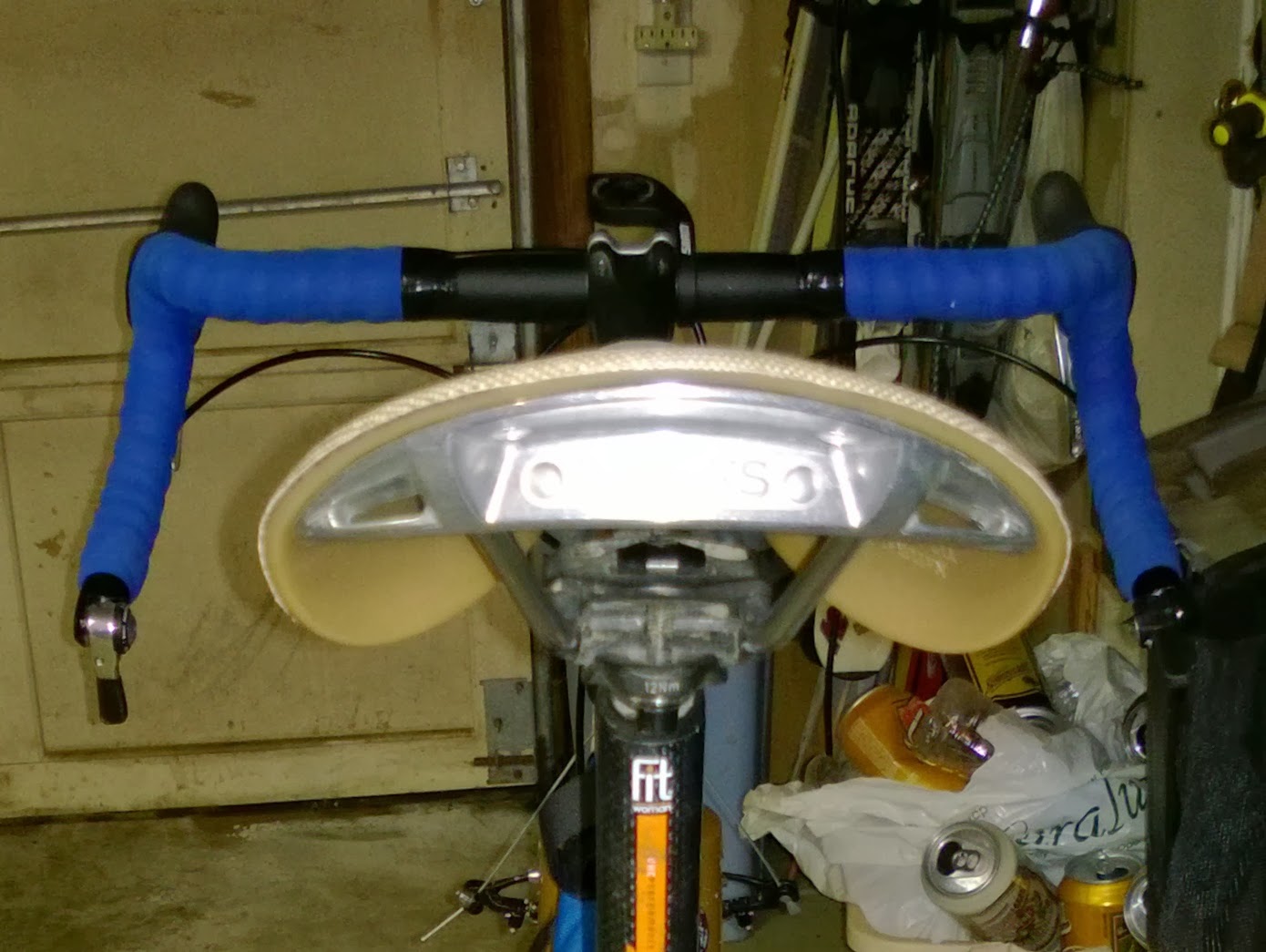 The Cowbell 3 bars that I have on the Cross Check are there to stay, they have a 12 degree flare and at some point I am going to get ride of the bar end shifters and get Retroshifters and in fact I might even redo the whole drive train, and upgrade to a 10 speed and go crazy and get a triple in the front, or 180mm cranks. 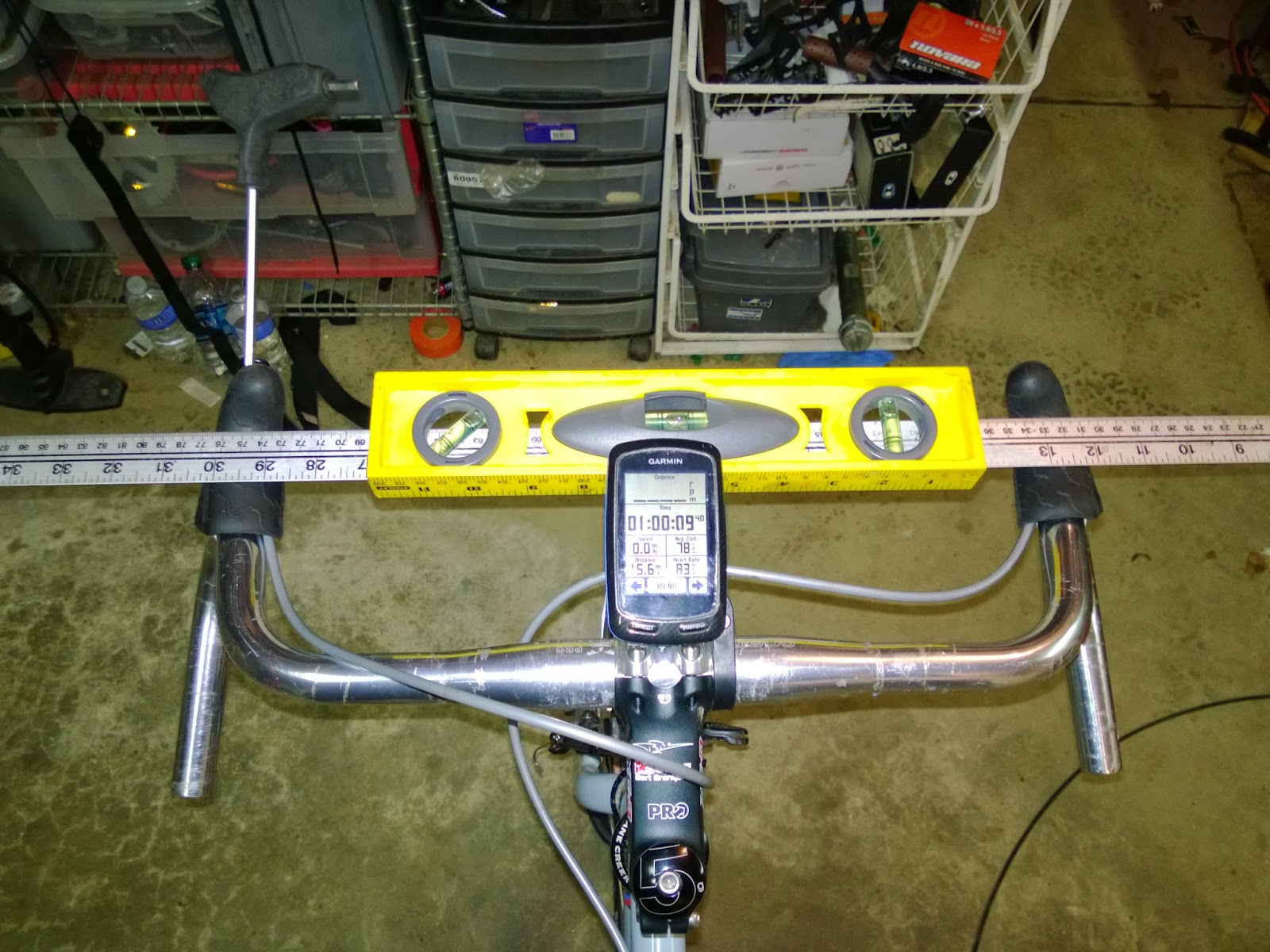 Before I do the tape, the one thing that I agonize over is making sure the levers are exactly at the same height.  While riding the San Jose on the trainer after I put the Gary-2s on, I agonized over the left lever being a hair lower than the right.  I have tried measuring all sorts of different distances but nothing accurate because there is really no exact reference point either on the bars or the levers.  Putting the bike in the training, then laying a yard stick across the levers and putting a level on it works the best. This BBC 'Shabbado' Black & Tan was a nice reward after spinning for an hour.  I didn't, however, feel like doing much after that.  I now have to wrap the bars.  I wasn't really a fan of the black tape but what came as a surprise was there was another layer of bar tape under that as well.  I was only able to successfully remove one side of the brown.  Got both sides of the black that I will recycle on some bike later down the road. After work, I stopped off at The Bicycle Center and agonized over what color to get.  I was thinking white but the guys talked me out of it.  I started fixating on Pink because it looks really good with Grey and could get me some Honey Attention but that is bold move that I am not sure I am ready for.  Blue looked OK but I already had that on the Cross Check, but yellow looks really good with the Grey frame, that in different lighting also looks blue.  In the end I went with ... (to be continued).
at 6:00 AM